A few notes on the 'Mālikī Third Way’ (to heaven).

Islam-inspired armed groups and terrorist attacks stroked public opinions and affected political equilibria in contexts as diverse as France and Mali, Libya and Tunisia. Far from being attributable to a monolithic agency, the ‘Islamic threat’ appears nonetheless as a critical issue in public discourse and state agency in a variety of Western, Mediterranean and African countries. This article aims to offer a preliminary reflection on the reform process of the Moroccan religious domain in the light of current security concerns, in order to tentatively shed light upon the national and regional implications of Moroccan religious cooperation.

In 2015 the Sharifian[1] Kingdom of Morocco embarked upon an international program to train foreign imams along with their Moroccan fellows attending courses in Rabat, at the Mohammed VI Training Institute. It is doubtlessly an ambitious project that aims to foster the learning of the Mālikī rite, known as one of the most tolerant among the four traditional schools of Sunni Islamic jurisprudence. Some 250 Moroccan imams (including 100 women) are learning Qur’anic sciences together with 447 foreign students: according to their website, 212 Malians, 37 Tunisians, 100 Guineans, 75 Ivorians and 23 Frenchmen are currently enrolled in the program. 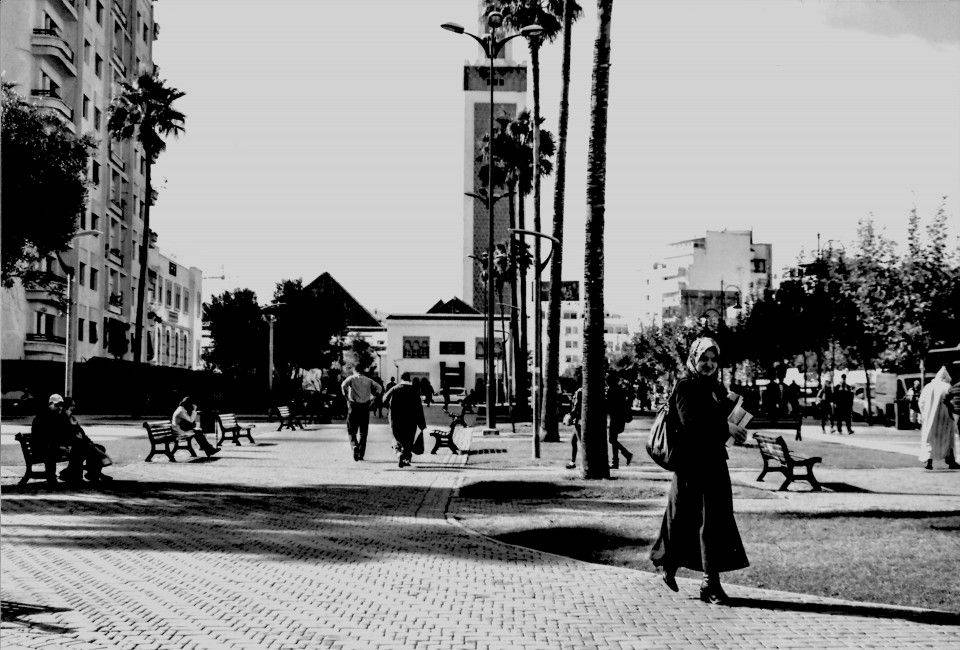 This initiative might be read as a sort of countermovement à la Polanyi [2] to the long term effects of the “Islamist Renaissance” that started with the Iranian revolution in 1979. The “Islamist Renaissance” brought to the world attention, probably for the first time in recent times, on how the Qur’an re-appropriation could catalyse and give substance to social malaise and political dissidence: on the ashes of the Nasserist unsuccessful secular attempts to capture and re-distribute a piece of the global cake, a galaxy of movements appeared throughout the Muslim world contesting established patterns of power. Since the 1980s, Saudi titanic investments – not only accounting for roughly 90% of the ‘Muslim investments’ for religion, but also very significant for Moroccan economy – have been instrumental to build a global consensus around Wahhabism in countries as different as Afghanistan, Mali and the same Morocco.

The events of 9/11 completely transformed the Western gaze on Islam and Muslims both within the Western countries and abroad, subverting the very categories of interpretation. A “multiple loyalty” is a fact for many individuals within the Muslim “pluriverse” (I recall here how the same polemic has divided Anglicans and Scottish Presbyterians against ‘Papist’ Catholics until very recent times), representing a threat to political stability in several countries. Morocco’s religious proposal to set forth what could be perceived as a Mālikī Third Way marks both a cuius regio, eius religio attempt to transform Morocco into a Westphalian space, wherein Nation and Religion perfectly coincide, and its own overcoming, through Morocco’s religious and political projection into an imperial and neo-imperial space or area of influence. The analysis of three noticeable trends can be of help in order to shed light upon the Mālikī Third Way.

First, the securitisation of religion: post-9/11 Morocco is committed to the redefinition of the religious field. The terrorist attacks in Casablanca (16/05/2003), the involvement of Moroccan citizens (15) in the 2004 Madrid bombing, along with the increasing popular legitimacy of Islamist groups, triggered the re-definition of the religious domain by the monarchy through its centralisation and bureaucratisation. Internal dissidence and external influence – notably Saudi Wahhabism – and their real or potential reciprocal links were hindered by strengthening the specificity of Moroccan Islam with respect to the “Oriental” version and, especially, by enclosing the Moroccan religious space to others’ influence. Here goes the Westphalian principle: one can notice the attempt to reshape the relation of the Moroccan Sha’b [3] with the universality of the Ummah and the transnational religious affiliations to impose an exclusive politico-religious loyalty to the king, at the same time Head of the State and Commander of the Faithful. Moreover, as with the post-Westphalian state formation, in Morocco control on the centrifugal clergy was obtained through its legal-rational bureaucratisation: the reorganisation of the relevant ministry, the reform of the Ulemas’ Council and of religious training and, above all, a more centralised management of mosques.

Second, the re-appropriation and re-invention of a Moroccan religious tradition to support the claims of a Moroccan religious specificity. This operation consisted in founding an ideal-typical Moroccan Islam upon a selective reading of religious “traditional” dispositifs.[4] This new ideal-type was re-built around three pillars: ‘an Ash’ari dogme, a Mālikī rite and a Sufi spirituality’.[5] In a few words, the Ash’ari dogme restricts the possibility of individual interpretations of the holy texts: each new exegesis would need the support of the Prince to be operational. In addition, not only does the Mālikī rite anchor Moroccan Islam to the Maghreb, in opposition with the historic Oriental Caliphate,[6] but also it privileges the consideration of the general interest of the community vis-à-vis abstract principles of law, assuring to the Prince a wide flexibility in adapting Islamic principles to ever-changing everyday practices. This Mālikī Third Way appears, at least in appearance, more delicate and gentle than Wahhabism, as it allows the legislator to synthesise some aspects of “modernity” and Islam, avoiding a sort of normative excess in dealing with the globalised society: for instance, Moroccan Olympic athletes participating to London 2012 were authorised to break the Ramadan fast on condition of compensating the days lost at the end of the competition.

Third, Morocco’s projection as a regional leader into an imperial and neo-imperial space by exporting its religious model. The redefinition of Islam offers a very interesting laboratory with clear security implications: undoubtedly, it might be employed as a precious dispositif against the political dissidence channelled through Islamic fundamentalism by offering new technical and theological ways to control mosques. This point holds very clear for those West African countries that signed agreements with Morocco but also for the French government, who on 19 September 2015 signed a joint declaration officializing the cooperation on imam training. In the own words of Abdeslam Lazaar, director of the Institute Mohammed VI:

Would Martin Luther and his fellow theologians have felt put on the hot seat? In any case, no doubt the appeal to ‘use the reason’ against ‘the only interpretation’ way to heaven has explosive implications in terms of political control on religious groups, as it breaks the modernity-tradition tête-à-tête. Another table-mate joins the dinner. Moreover, and this might be the most important aspect – the appeal contributes to Morocco’s role as a pivot in regional equilibria, speaking both to the Sahara-Sahel region and Europe. In the former case it acts on the footprints of Morocco’s imperial repertoire (recalling – or better, re-visiting – the religious prestige of its Sharifian dynasties and the former areas of influence stretching from Spain to Algeria, Mauritania and Mali). Differently, in the latter case, it seems to re-interpret its own political structure of allegiance (roughly speaking, the king is bound to each Moroccan individually, and vice-versa, whereas government and parliament rather respond to the idea of representing the Moroccan People as a whole) in the light of a neo-imperial projection: it calls on the Moroccan-blooded living abroad (whatever citizenship they may have) to re-strengthen the ties with their king by tightening up religious bonds.

In conclusion, this short reflexion leaves a rough sketch on the work-desk: a sort of biblical Behemoth, a creature deemed extremely powerful in ancient times, but unfortunately lacking a proved existence. Likewise, the ‘Moroccan way’ to heaven remains a conceptual stimulus, for the moment as ‘out of focus’ as Deconstructing Harry’s Harry Block: we can surely get his profile as in contrast with the surrounding environment, but it is hard to go further than hypothesise the colour of his eyes and the shape of his mouth. Are Mohammed VI and his team really shaping a reform-inspired Mālikī Third Way? Is a new regional leadership thus emerging? Will Gulf and European investors answer positively to that attempt? Dear Harry, until we meet again.

This article is part of a broader PhD project supported by the Ermenegildo Zegna Founder’s Scholarship.

Comparing vintage Hollywood myth-making with contemporary narratives on Islam. Let’s start with a little quiz for the analysts of jihad and radicalisation among our select readership. Where is this ⋙