The negative perception of Islam in Italy has increased over the last years. Recent surveys show that Italians overestimate the presence of Muslims (accounted for 20% of the population, while the actual number was 3.7%, in 2016) and that unfavourable views on Muslim minorities are widespread (55% against 41% of positive ones). Although the last wave of jihadist terrorism exceptionally spared Italy, the majority of political parties have peddled the argument that all Muslims are potentially radicals. The outcome is a discourse on the radicalization of Islam that portrays it as a security threat for both the physical safety of European citizens and for their way of life, norms, and values, at odds with the symbolic arsenal deployed by Muslim minorities. Therefore, security turns into a codeword used to draw boundaries and design friend/foe distinctions.

Unsurprisingly, Western and Italian parties on the far right, such as the League and Brothers of Italy, are on the frontline in spurring orientalist and racist anti-Islamic clichés. The most common discourses depict Muslims as a civilizational threat to Western Christian heritage and to the allegedly homogeneous ethnic texture of the Italian population – which explains why the ius soli is a taboo. Religion has been hijacked as a cultural weapon used to fuel identity battles between the West and the creeping infiltration of Muslims. Islam-bashing and securitization tones have flowed into the mainstream, pumped up by media and novelists. In this respect, conspiracy theories about the demographic substitution of a white Europe by an Islamized and Arabized one have become widespread in the Western far right milieu. A case in point is the book Eurabia by Bat Ye’or, which, the French Rassemblement National included in its reading list for young militants.

In light of that, the Italian far-right assembles nativist arguments when it comes to discussing counter-terrorism and de-radicalization issues. Little do they propose to prevent jihadism besides traditional leitmotivs: no immigration from Muslim-majority countries; zero-tolerance for felonies; support for deportations; blaming Left-wing open migration policies even after neo-fascist terrorist attacks.

Religion is an essentially contested concept that lends itself to political manipulations. Islam is torn between a plethora of interpretations spread across five continents and several diasporas. In Europe, the frightening category of Salafist Islam is mostly made up of quietist worshippers and only by a minority of extremists. Likewise, the discursive repertoire of Christianity can be instrumentally used for violent and identitarian purposes by the far right, who parts company with the message of care and solidarity embodied by Pope Francis and by several Protestant Churches. In other words, radicalization is a process potentially visible in multiple ideologies and religions drawn upon to vocalize generational rebellion, alienation, and marginalisation. It was as rooted in the brothers Kouachi as in Breivik and Tarrant. While Western white supremacists and jihadists feed into each other apocalyptic messages and tit-for-tat radicalization, what is discouraging is the gradual disappearance of inclusive perspective proposed by liberal and progressive political agents. Briefly, the absence of de-securitization by the Left.

In fact, a certain right-wing jargon is going through a process of translation in the liberal and social-democratic vocabulary. Muslims, in this regard, are translated from a threat to white and Christian Europe to a threat to values usually cherished by the Left, such as gender equality, civil liberties and secularism. A similar confrontational logic clothed into alternative norms and values, which is specular to the opposite translation of women's emancipation, secularism and freedom of speech performed by the Right. Back to the Italian case, we would expect the centre-left and liberal Partito Democratico to reject the language of security mobilized by far right parties against Islam. Yet, despite shunning overtly racist tropes, the package of policies to govern the risks of radicalization and terrorism are concocted in a discursive strategy that reifies the Western heritage – whose superior moral standing is implicitly assumed. In my view, such policies sketch an image of Italian Muslims as potentially fundamentalist and misogynist subjects, imagined as a community of many suspicious “bad” radical Muslims and few moderate “good” ones, an approach whose limits are already apparent in British 'policed multiculturalism'.

Senators Manciulli and Dambrouso drafted a bill ( DDL 2883/2016 ) aiming to establish a solid strategy to Counter Violent Extremism and equip Italy with adequate policies of de-radicalization. It proposed to create a Parliamentary Committee to monitor the “radicalization and violent extremism inspired to jihadism” and to oversee the respect of secularism and equality in matters of gender, race, ethnicity and religion. The bill promoted by the centre-Left executive avoided references to the criminalization of Islamic fundamentalism, the ban of mosques and the necessity to tougher entry policies, as suggested by Brothers of Italy through a series of amendments. So far, so good. But this project should be read against the backdrop of a stricter reform of counterterrorism (Law 7-2015) and of the National Pact with an Italian Islam proposed by the former Minister of the Interior, Marco Minniti, in 2017. While the former generates an expansion of criminal preventive and repressive instruments that have been judged as disproportionate, the latter makes the juridical agreement to recognize Islam (the so-called Intesa) dependent on national security needs. Integration and security are listed as interwoven issues whose success is an outcome of the goodwill of Muslims, who are called to cooperate with the State in order to “contrast religious radicalization”. Civil and religious liberties are tightened to measures that seem to co-opt Muslims in policing and intelligence activities, and that reduce religion to irrational narrations.

By a similar token, the House of Representative's act AC 243/2019 – a slightly revisited version of the former Manciulli-Dambruoso draft bill, eventually not approved by the Senate – does not mention the lack of juridical recognition of Islam. A glance at the first discussion of the bill shows that the fear around Islamism has yet to disappear. The speech is opened by several references to France as a comparative model that Italy should bear in mind in dealing with Muslim minorities. More specifically, the emphasis is on preventing “communitarian” threats, infiltration of Salafism and radical versions of Islam. Additionally, the Act indulges again in the nexus between Islam and foreign migration. This discursive device racializes Italian Islam as something inevitably foreign, while keeping Muslims of Italian nationality at the margins of the debate – even if they represent a conspicuous segment (44%) of the Muslim minority. Filling every discussion on radicalization and jihadism with the suspect of terrorists travelling across the Mediterranean is a way to further the xenophobic slogans of the far-right and to preserve administrative deportation as a primary counter-terrorist tool. Perhaps, such a focus on migration serves also to keep the Memorandum of Understanding with Tripoli alive and well.

Another striking element in the Italian governance of radicalization is the unbalanced attention towards Islam. Right and Left-wing political parties consider Islamism as a security threat because Italy has not been immune to jihadist sympathizers, it was enlisted amid the targets of Daesh, and it has long been a logistic hub for criminal networks and jihadist activities. Nevertheless, Italy has been spared from jihadist terrorist attacks. This exceptional situation has been used by the Government as a way to enforce harsher preventive counter-terrorist policies, to spread the fear that sooner or later there might be a jihadist strike, and to praise only the endeavours of national security agencies. While such worries are understandable to a certain extent, very few words have been spent on how Italian Muslims are integrated and reluctant to radicalize.

Little has been said instead by politicians about other sources of threats, such as far-right foreign fighters who joined the battlefields of the Ukrainian civil war (more than 55) or the neo-fascists that accumulated war arsenals in Tuscany, Piedmont and Lombardy including an air-to-air missile.

Every country has a particular reason to prioritize Muslims over other sources of threats. Italy stands out as a different case compared to, say, France and UK, with a relatively short history of immigration and no urban-geographical ghettoization of migrants. Furthermore, its foreign policy projection is quite modest and inclined to peacekeeping. But social tensions are reaching a high point also in Italy. As recalled by the recent Black Lives Matter protests across Italian cities, it is necessary to rethink the way Italians describe the country's colonial legacy. The comfortable but ultimately false stereotype of “Italians, good people” (“italiani brava gente”) is an obstacle to overtly discuss racist and securitarian practices upon Muslims and foreign minorities. A more inclusive way to deal with the de facto existent cultural and religious pluralism is needed, starting from the juridical recognition of the various facets of Italian Islam through the Constitutional framework of Intesa; the dissociation of the nexus between Islam and terrorism and between Islam and migration. 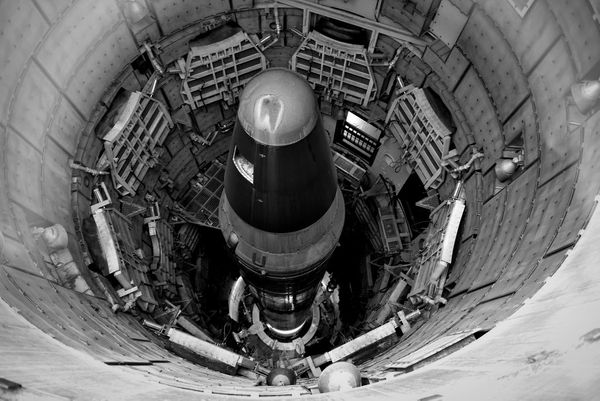 On November 3rd 2020, the Americans will choose their next president and the implications will influence the rest of the world’s political and economic affairs for the next four ⋙