The high stakes of the 2016 presidential elections.

“Me against my brother; but me and my brother against our cousin; me, my brother and my cousin against our neighbours; and all of us against the stranger”: the quintessential traits of segmentary societies are nicely captured by this old Tuareg saying. The political machinations preceding the February 21 presidential elections in Niger, the country harbouring the world largest proportion of Tuareg, provide a stark illustration of this pattern. Despite its perceived peripherality, Niger lies at the core of European (anti-)migration policies and therefore deserves strong attention.

On the 25th January, a group of presidential candidates organized quite a remarkable political pilgrimage to Filingué, a remote locality about 250km north of Niamey, along the margins of the Sahara Desert. They paid a courtesy visit to the opposition leader Hama Amadou, who is held in custody there since last November. A former ally of Niger’s President Mamadou Issoufou, Amadou is now considered one (if the not the only) credible challenger to Issoufou’s authority in view of the upcoming elections. Amadou is serving a prison sentence due to his (alleged, and vociferously contested) participation in an affair of human trafficking. Charges that Amadou’s supporters dismiss as politically motivated: noticeably, the human trafficking affair involving Amadou was made public soon after Amadou broke up with Issoufou. Niger’s Supreme Court recently ruled in favour of Amadou’s right to run for the presidential elections, but found that his being in custody did not meaningfully impaired his own ‘equal chances’ in the competition. Similarly, various charges and prison sentences were brought against several of Amadou’s lieutenants and candidates for the parliamentary elections, scheduled to take place together with the presidential ones. Opposition parties refused to sign the “deontological code” proposed by the government to protest against what they view as “arbitrary arrests”. The political environment is so fiery that, with an unusual move, last January the tribal chiefs and religious leaders had to intervene and appeal all the parties to the calm and the preservation of peace.

As a result of the 25th January’s meeting, the COPA (Coalition for Alternation) was launched, whereby opposition parties agreed to rally united against Issoufou behind the best scoring candidate among them after the first round of the elections. Signatories include virtually all the most significant challengers of Issoufou’s rule: Seini Oumarou’s MSDN, Mahamane Ousmane’s MRDN, Amadou Cissé’s UDR and of course Hama Amadou’s Moden. This heterogeneous alliance, however, provides a somewhat unnatural combination of political actors sharing a history of mutual competition, distrust and betrayals. Mahamane Ousmane was Niger’s President from 1993 to 1996, when he was toppled by a military coup (one the many occurred in Niger’s history since independence). Under Ousmane presidency, Amadou was first appointed prime minister in 1995, in order to replace his then-rival (and now allied within the COPA) Cissé (who, in his turn, had previously replaced Issoufou, Ousmane’s first prime minister and then best allied, now worst enemy). Amadou was also prime minister under Ousmane’s successor, President Mamadou Tandja, just to be replaced by his then rival (and now allied with the COPA) Seyni Oumarou. Charges of corruption were brought against Amadou in 2008, in order to prevent him from running for President. As Seyni Oumarou also replaced Amadou at the head of the MSDN party, Amadou founded his own party in 2010, the Moden, and at the 2011 presidential elections he brought its party’s weight in favour of Oumarou’s rival, Issoufou (Amadou’s then allied, and today’s rival and jailer). The same pattern applies to Cissé’s career in the last 20 years: first as Issoufou’s rival (under Ousmane), then as Amadou’s rival (under Ousmane), subsequently as Amadou’s allied (with Issoufou and against Oumarou), then as Amadou’s opponent (under Issoufou) and ultimately as Amadou’s, Oumarou’s and Ousmane’s ally (against Issoufou).

If you feel confused, well, also Nigerians do, despite the above mentioned alleged cultural proximity to the segmentary mechanisms. Electors in Niger are amongst the least literate in the world; turnout has never been high , and the resort to unconstitutional means to access to power seems less unpalatable to Nigerians than elsewhere. This Game-of-thrones-like never-ending saga offers a stark illustration of the fact that inside Niger’s neo-patrimonial system ideological borders are porous and irrelevant, and power represents less a means to achieve structural changes than a vehicle to redistribute resources extracted from that structure to supporters and networks of clients (as also Olivier de Sardan recently recalled here).

If such a broad – and somewhat contradictory – coalition has been found necessary to defeat Issoufou, it is because the latter is a recognized master in the rule of the neopatrimonial game (of thrones). Issoufou’s power relies on a strong alliance with merchants and traders. By protecting their traffics – the most profitable of them being in illegal goods, such as narcotics, cigarettes, and migrants – Issoufou has been able to extract significant resources in terms of protection rents. The redistribution of these resources has allowed Issoufou to establish and feed a large network of clients in the key sectors of Nigerian society: the parliament, the military and the civil society. In the political sphere, Issoufou’s PNDS has been able to perform a political phagocytosis of opposition parties and individual MPs. The military has benefited from the traffics, that are largely racketed by security forces who conveniently turn a blind-eye on their own law-enforcement prerogatives. The emphasis on security of Niamey’s government and foreign partners, due to the geopolitical challenges straddling across Niger’s borders such as Nigeria’s Boko Haram (3500 victims in the region in 2015, according to OCHA), Mali’s rebels and Libya’s civil war, have granted s steady flow of resources into the military sector – multiplied by ten during Issoufou’s tenure, while pressing social needs have been largely neglected – and a complete impunity. The loyalty of the military, moreover, has proved essential when, in last December, it crucially contributed to thwart an attempted military coup led by a handful of high-ranking officers of the anti-terrorist elite squad.

Civil society and opposition leaders who dared protesting against, or simply documenting, these connivances have been threatened, abused and jailed, thanks to the draconian provision of an anti-terrorist law adopted (with France’s backing) in 2011, which is now largely turned to intimidate internal dissent rather than terrorists. Instead, more compliant political and civil society leaders have been associated to power and given the opportunity to benefit from the munificence of the regime. Youth’s dissatisfaction is growing just as fast as its size (Niger has the youngest and the most rapidly increasing population in the world), and the emphasis on moral strictness put forward by radical Islamist discourses represents an undeniable temptation, even more so when it is accompanied by a (perceived) militancy in favour of social equality.

Within this context, the stakes of the upcoming elections are extremely high, especially because the cake to be shared among political cliques is likely to be growing considerably. Niger is a key partner of the EU in the fight against irregular migration towards Europe. While, given the widespread corruption of the security forces (and of their political patrons) supposedly tasked to prevent traffics and migration across Niger, one may doubt of the effectiveness of European policies, the Euro-African Valletta Summit on Migration held in November 2015 decreed the creation of an Emergency Trust Fund for Africa of 1,8 billion euros, the largest slice of which should target the Sahel with aid to development and security support. Furthermore, the African Union recently pledged an additional contribution of 250 million dollars to fight Boko Haram in the region. One may bet that the overlapping crises in Niger, declined in terms of terrorism, migration, environmental degradation and food security, will represent an outstanding opportunity for local elites, provided they secure access to power in Niamey. 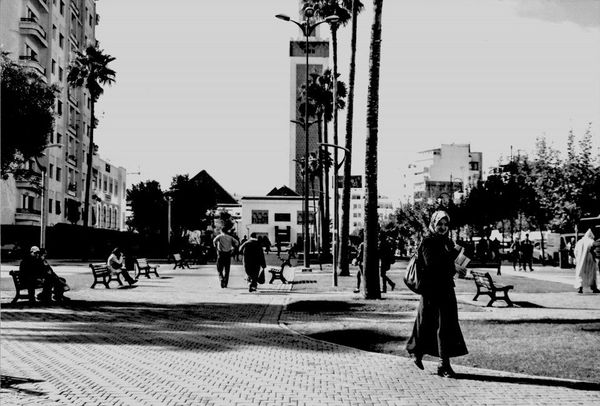 A few notes on the 'Mālikī Third Way’ (to heaven). Islam-inspired armed groups and terrorist attacks stroked public opinions and affected political equilibria in contexts as diverse as France and ⋙

On Giulio Regeni's abduction and killing in Cairo. Giulio Regeni, Italian PhD student in development studies, University of Cambridge, has been found dead on February 3rd 2016, with evidence of ⋙