The global spread of Covid-19 has already taken the lives of millions of people in the world. Unfortunately, this may well not be a once-in-a-century event. Several interrelating factors – among which the environmental ones are of crucial importance – act together to stimulate microbial emergence and diffusion, increasing the likelihood that disease spreads on a large scale and becomes a pandemic. Therefore, we need to get prepared for the “next” pandemic.

One of the most prominent risk factors is globalization. Interconnectedness enabled humans, goods and resources to quickly move anywhere in the world. This led to a real globalization of pathogens, where a local outbreak can spread globally “just as fast, in fact, as an intercontinental aircraft can fly”. Another element that plays an important role is antimicrobial resistance, which happens when germs like bacteria and fungi develop the ability to defeat the drug designed to kill them. This could also render some medicines used to treat infections ineffective, thereby becoming the most common contemporary reason for disease re-emergence. Drug-resistant pathogens are even more important considering that many farm animals are bred in intensive farming systems, where a large amount of antibiotics is used in order for them to grow faster, exacerbating this issue. Moreover, as the global population rises, so does the demand for food-animal products – as long as humans do not change their food habits – and consequently surges the threat of zoonotic diseases.

Social determinants of health are also crucial. These have played a key role in both the initial spread of the novel coronavirus, and in the actions tackling this health crisis. For worse-off groups, the virulence and mortality of the outbreak were aggravated by limited access to health care and poor health care systems that were unprepared to prevent and control a disease outbreak. This is compounded with unsustainable pressure on healthcare facilities situated in overcrowded peri-urban areas, giving place to out-and-out double jeopardy.

But a look at the origins of recent epidemics like SARS, MERS and possibly also Covid-19 reveals that environmental factors are paramount. In the past decades we have escalated our demand on environmental resources, both in the shape of deforestation, to make room for humans’ expansion, and in the form of overconsuming the existing natural resources. The increase of the human population has been possible at the expense of the natural habitat of many animals, that have been destructed at an unprecedented pace. In many areas humans are encroaching into previously unoccupied territories, bringing an increasing number of people into contact with the main disease vector – animals. In fact, about three-quarters of emerging infectious diseases are zoonotic, which means that they come from animals and then “jump” the species barrier to humanity. The ever-increasing interaction between humans and animals that comes out of this situation facilitates the emergence of new pathogens. Moreover, the growth of the world population has led to a further increase of the pressure on natural resources: deforestation, which is the largest cause of habitat loss worldwide, occurs mainly for agricultural purposes. Loss of habitat draws disease-carrying species out of the forests, enhancing the likelihood that a zoonosis occurs. The Ebola outbreak of 2014, for example, likely emanated because bats – the virus carriers – had been forced to move into new habitats, closer to human settlements, because 80% of their natural habitat had been destroyed by foreign mining and timber operations. To top it off, global health is deeply connected also with climate change, which has already made conditions more favorable to the spread of some infectious diseases, as waterborne diseases and mosquito-borne diseases such as malaria and dengue fever, effectively driving disease emergence.

All these factors augment the infectivity and the impact of pathogens, as well as the frequency of emerging infectious diseases. Covid-19 should neither be seen as a one-time event, nor as the worst possible outbreak. On the planet there are about 1.6 million viruses, of which about 700,000 have the potential to infect humans, and some have the capacity to kill 70% of the people they infect. The diffusion of these pathogens could have an impact far worse than the one caused by the novel coronavirus. This makes imperative to start right now taking into account the next pandemic, even with the current one still in place.

To start, given the clear link between the environment and virus emergence, a major effort in retain intact forest covers and in reducing climate change would have a large return in suppressing the emergence of pathogens. Both the current pandemic and the climate crisis have shown the fact that the most vulnerable to shocks are the poorest and the less privileged people in society, such as migrants and refugee populations. Therefore, aligning responses presents an opportunity to improve public health, while creating a sustainable economic future and better protecting the planet’s remaining natural resources and biodiversity. At the same time, the complex issue of wildlife trade and markets should be addressed. The linkage between the Covid-19 pandemic and the trafficking of wildlife has been in the spotlight since it was argued that traditional markets could have facilitated the transfer of Covid-19 from a still unknown 'bridge' species like pangolins or civets to humans. In this respect, the fact that the amount of pangolin scales seized has increased tenfold in just five years is troubling. The halting of wild mammals in markets could be a solution, as the former US Secretary of State argued, but traditional markets are a lifeline for Asia’s poor people. Millions of low-income people would lose access to cheap sources of food, and many farmers would lose out on needed income. The WHO has suggested governments adopt urgent actions to make traditional markets safer, recommending, where necessary, temporary closing of the markets’ sections selling live caught wild animals. This proposal could be an effective way to tackle the problem in concrete terms, without threatening the food security of the people that rely on these markets.

In line with the WHO recommendations, all these activities need to be inclusive and participatory – taking into consideration individuals and their communities. They also require an intersectoral approach that considers the plurality of the health determinants, and preventative actions that go beyond mere crisis response. While a national and international public health capacity to detect local outbreaks in their early stages is undoubtedly needed, a more proactive approach is necessary. The strategies need to focus on human security, acknowledging that health for all depends, on the one hand, on a robust disease prevention system and, on the other, on the availability of and access to quality healthcare, as well as on the global living conditions more broadly. Concretely, tackling the problem of infectious diseases’ outbreaks through a human security perspective means adopting actions that prioritize communities’ and individuals’ safety and security, ensuring that the actions taken do not disproportionately impact those already severely affected by the current pandemic, and strengthen citizens’ trust in their government, which is essential for defeating these kinds of diseases. Safety net programs, for example, benefit especially those working in the formal sector. As a result, many of the people working in the grey economy, who tend to be poorer to start with, will experience deteriorations in living conditions and a deepening of poverty. Tackling this issue with a human security approach could mean designing better support for these informal workers through more inclusive support packages. Besides, health security is prioritized by fostering health literacy and health behaviors, which empowers citizens to play an active role in the promotion of their own health.

All these actions are not cheap, but neither are the alternatives. According to a recent estimate, the annual cost of these preventative measures is around 30 billion US dollars, while the economic cost of the pandemic is predicted to be around 10 trillion US dollars. The argument in favor of a proactive approach is clear, without even mentioning the millions of saved human lives. These actions, embedded in a human security framework, need to be implemented from this very moment in order to reduce as much as possible the risk that a pathogen spreads all over the world, taking again millions of lives that could be spared. 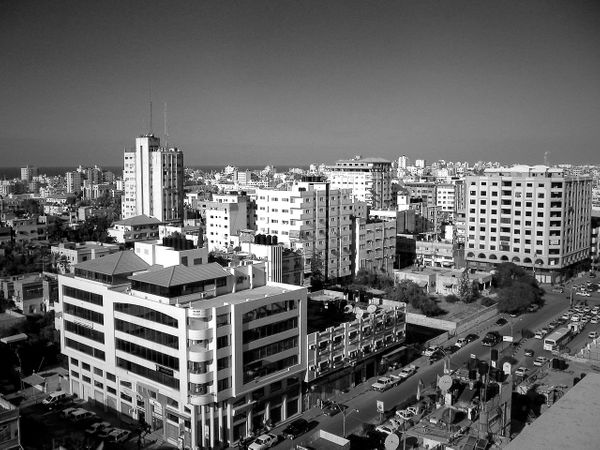 The war in the Gaza Strip did not end on 21 May 2021, just as it did not begin 12 days earlier. In a sort of contemporary reinterpretation of many ⋙ 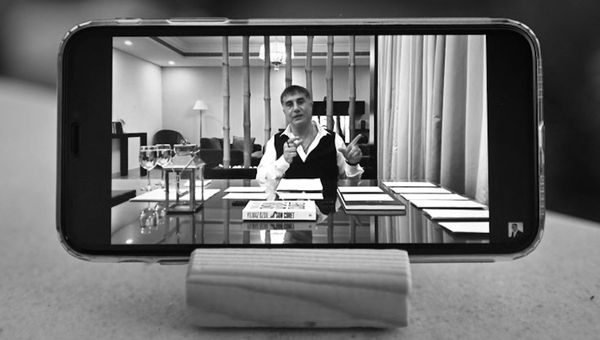