“This coronavirus was such a good deal”. The manager of a company operating in the sanitisation sector was sanguine when discussing his business prospects on the phone. The Police of Rimini, Emilia Romagna, recorded this conversation in the context of Operation “Dirty Cleaning” carried out in November 2020. The manager’s business plan was daring: transforming a car wash into a virus-disinfection company through suspicious connections with the Camorra, an infamous mafia-type criminal organisation.

About one year ago, just one month after the start of the first national lockdown, a truck with about half a million euros in cash coming from an Eastern European country was stopped by the police at the Italian border. The drivers were identified as Italian citizens with connections to the 'Ndrangheta, another criminal organization based in Calabria. The money seized by the authorities was ready to be distributed to sectors in crisis through the group’s famous “loans”.

Lastly, in July, following an investigation by the local Anti-Mafia District Directorate (DDA), the Finance Police of Milan arrested eight people on charges of criminal association aimed at tax fraud aggravated by mafia methods, self-laundering, and fictitious registration of assets.

These are, unfortunately, just some of the numerous examples of how the tentacles of organized crime, the “other virus” crawling undisturbed alongside the pandemic, are exploiting the current state of emergency. As demonstrated by a research brief published by UNODC last July, the newfound connection between the pandemic and illegal organized networks highlights the role of criminal groups operating transnationally, which are more and more eager for opportunities to infiltrate legal economies.

During the last year, while the world had to become accustomed to living in the midst of a health emergency, numerous cries for help have been launched by Europol, Interpol, and by some international organizations such as the United Nations and the European Union, to report the potential risks of this dangerously neglected nexus. In an interview to CNN, Interpol Secretary General Jürgen Stock warned of the “parallel pandemic of crime threats linked to COVID-19”, and in December, the very same Paris-based organization issued a global alert warning that organized criminal networks were targeting COVID-19 vaccines.

Specifically, in the Italian context, where the liaisons between relevant economic actors and organized crime networks have unfortunately become almost paradigmatic, the institutional response to criminal settlements in the meshes of the legal economy has been immediately directed at providing a precise snapshot of the situation, to find and possibly hit any weak points of criminal welfare strategies. With thousands of establishments put out of business in the past months, business owners have become more vulnerable to potential mafia infiltrations. In the same way, the enormous pressure placed on key sectors, primarily the health sector, has caused an exponential growth in demand for medical supplies, as well as a further simplification of procedures for awarding contracts and public services, thus encouraging criminal groups to seize the opportunity to expand their reach.

“Whenever massive flows of money are involved, there is always an interest of organized criminal groups to try to appropriate as much as possible. And especially in emergency situations, where governmental controls are less effective, there is certainly more opportunity for ruthless entrepreneurs associated with organized criminal groups to take advantage of them”. With these words, Maurizio Vallone, Director of the Anti-Mafia Investigation Department (DIA), summarizes what can be read in the latest DIA report.

The investigative activities of the State Police, Arma dei Carabinieri and Finance Police, together with the prosecutors, the district directorates and the National Anti-Mafia Prosecutor, led to the opening of over three thousand investigation files in the first ten months of 2020, all COVID-19 related. From tourism to catering, from the health sector to the waste disposal sector, the financial infiltration of criminal groups has become more and more pressing.

“A true Mafiavirus”, as it was described by Luigi Ciotti, the priest who founded the anti-mafia association Libera. According to their latest report, the industries at highest risk of infiltration are businesses with high-demand products and services – such as wholesale trade in medical and pharmaceutical products – and those experiencing liquidity shortages – such as those in the hospitality and tourism industries, virtually reduced to collapse by repeated national lockdowns. The economic crisis has created “the perfect humus” for the acquisition of companies in difficulty, transforming the emergency into a favorable opportunity to launder dirty money. Usury, always the signal activity of mafia presence, has seen a dramatic increase.

On the basis of the evidence collected by Libera, the public health sector stands out as the biggest target of infiltrations, in particular “in the health industry, cleaning and sanitation services, as well as cemetery and funeral services”. But these are not the only interests at stake; there are also “interests in the waste disposal sector, including special hospital waste, which increased significantly as a consequence of the emergency”. The current situation could offer the opportunity to criminal organizations to obtain both contracts related to the distribution of medical materials and jobs to be redirected to affiliates or to reference companies, in order to consolidate the basis of criminal “social consensus”.

The current emergency, unexpected and of enormous proportions, creates the ideal context for criminal organizations to hide their infiltrations amid frantic changes of direction of the governmental policies implemented against the pandemic and the rampant confusion that follows them. Historically, Italian criminal organizations have always been very present and active in situations of emergencies, as in the case of natural disasters like the 2009 L’Aquila earthquakes. They manage to thrive in exceptional conditions at the expense of the rest of society.

In the context of the pandemic, however, in which the state of emergency has been prolonged for more than a year, criminal infiltrations risk producing even deeper structural damages. Government authorities and civil society activists alike are openly denouncing the risk of a progressive normalization of criminal infiltration, which might consolidate even further and outlive the pandemic itself. The risk of crystallization of infiltration has been increasing since criminals started to adopt low-profile strategies, favoring cybercrime, corruption, and collateral crimes which guarantee enormous profits with minimum social alarm. The disquieting increase in the involvement of organized criminal groups in cyber-criminality, for instance, is confirmed by the steady growth in reports of cyberattacks by important Italian companies: 476 cyber-attacks in the first ten months of 2020 compared to 105 in 2019.

How to react to this incessant penetration of organized crime in the meshes of society? The current emergency provides criminal organizations with ideal conditions to spread further and at an alarming speed. Great attention must therefore be paid to prevent COVID-19 from favoring the contagion of this criminal virus. To prevent a healthy economy from being polluted, widespread awareness is needed. A good starting point – as pointed out by Ciotti – might be to foster factors such as “knowledge, co-responsibility and, therefore, commitment”, which must inspire our efforts to combat criminal parasitical infiltrations in the epochal crisis determined by COVID-19. 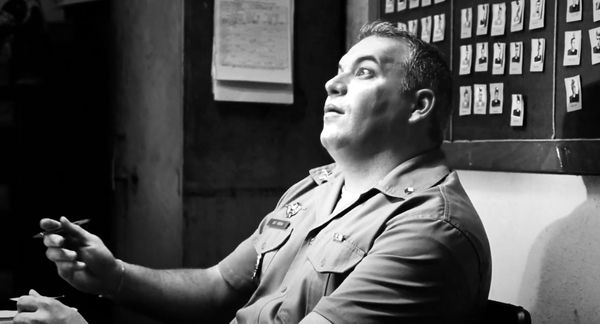 In 2019 we read A Savage Order: How the World's Deadliest Countries Can Forge a Path to Security, a book that changed our view on violence and conflict and was ⋙ 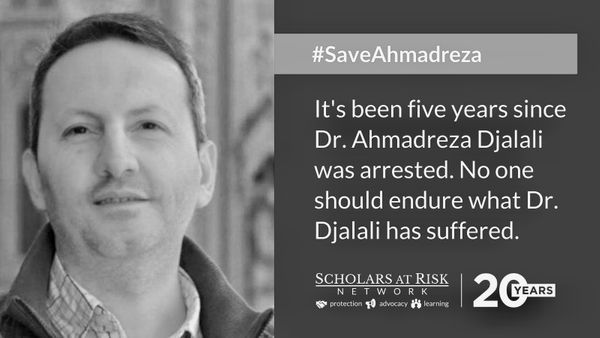 It has been five years since Dr. Ahmadreza Djalali's was arrested, imprisoned and sentenced to death in Iran. On Monday, April 26, 2021, Prof. Ole Petter Ottersen, President of the ⋙