The resurrection of classical Western movies stereotypes as a grotesque Iraqi tale.

Why do enemies look all the same? Why do they wear the same clothes, use the same weapons, wear the same beard and shout exactly the same indistinct and terrible cries? A point still missing in the ongoing debate on Eastwood’s movie.

Some of us would probably remember a piece Umberto Eco wrote years ago about cinema. It was about one of the most recurrent figures in cinema history: the indian (well, the Native American, I should say, but for Eco’s and our purposes a de-capitalised the indian sounds much better).

“How to play indians” it is the title of the article and it came to my mind (to our mind, since it reappeared in the mist of our middle-aged brain both to me and a friend) while watching Clint Eastwood’s ‘American Sniper’. I know everybody is discussing this movie: is it a fascist film? Is it not based on real facts? Is it unfaithful to the biography of the sniper? (By the way, is a biography always unfaithful to anyone’s life?). But I think a point is still missing in the debate: are the Arabs the same as indians? The answer is yes. Easy to say. In the film they call them savages (indians) and it doesn’t matter if they come from Iraq, Syria or if they are Shi’a Iranians. They all wear kefiah like Arafat. They all exhibit black beards like a real Muslim should. They are all furious, evil, teeth grinding and shouting around. And, just like Umberto Eco’s indians, they are all stupid (or pretend to be stupid in order to find “a solution to the problem of underemployment among members of this beleaguered minority”).

There are a lot of shootouts and battles in ‘American Sniper’, but in each and every of them the savages act exactly as Eco prescribed for those who wanted to play indians in Hollywood movies:

Never attack immediately: make yourself visible at a distance a few days ahead of time, producing easily observed smoke signals, thus giving the stagecoach or the fort ample time to send word to the Seventh Cavalry”

Do you remember ‘American Sniper’ opening scene? The evil woman passing a huge bomb into the hands of her evil little son? A big, conspicuous rocket, not a small one.

If possible, appear prominently in small groups on the surrounding hills.

From A.S. again: the sandstorm scene: showing up one by one up to the roof.

Attack by circling the wagons, but never narrow your circle, so that you and your companions can be picked off one by one. Never employ all your men in a circle, but progressively replace those that fall. (…) Use rifles, bought illegally, whose operation is unfamiliar to you. Take a considerable amount of time loading them. Don’t stop circling the wagons when the good guys arrive. Wait for the cavalry without riding out to confront it, then scatter at the first impact in total disorder to allow individual pursuit. 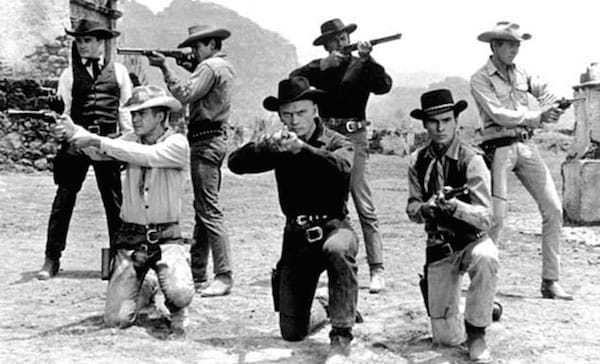 It is easy to catch Eco’s purpose in writing the article. The indians are in western movies only to show how good, righteous and skilled white man are, how bright the American democracy: indians act exactly like we want them to. We want the handsome red neck to win because it help us not to think too much about how red is our neck. Unfortunately Eastwood (who has wonderful movies on his record as director) does the same with the “savage Arabs”. Like indians, those drunk Mexican pistoleros that populate western movies, they jump out one by one wearing their kefiah, shooting randomly with their kalashnikov, and they fall in grotesque ways, one by one, under the powerful fire of the handsome American soldiers and their incredibly attractive weapons. They are our new indians, our unknown enemies from and unknown land (hic sunt leones). They are creatures made up of pure hatred (the ‘Butcher’ in the film is a masterpiece: a pure mix of clichés and “Call of duty”). They speak an unclear language composed by indistinct cries and horrible sounds and they are all cruel, treacherous, double-crossers and dangerous. We already know it, at the end the Seventh Cavalry always win (until a new ‘new-Hollywood’ jumps onto the stage).

Eco’s “How to play indians” is published in English in How to Travel with a salmon and other essays (Harcourt Inc 1994). 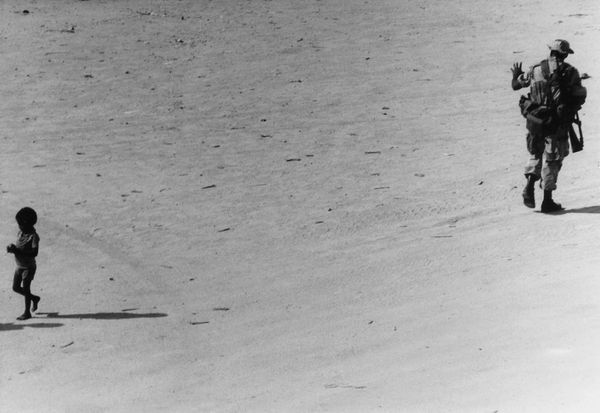 Notes over a Somali meal at the Bonn-based Somali community. There’s no way around it: this is not just the usual suburban area of the usual German town. Different ⋙ 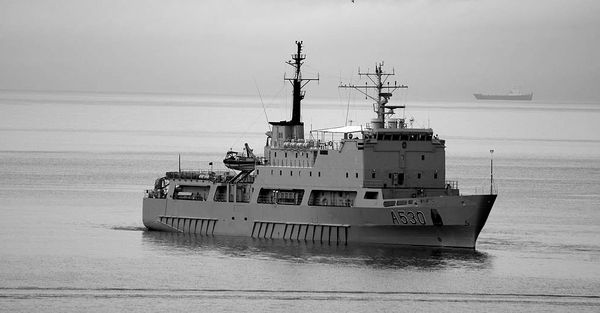 How seven Norwegian small warships ended up in the hands of a former Niger Delta militant. Good intentions, outsourcing and deceptions as Nigeria prepares for elections. Security Praxis hosts a ⋙