Notes over a Somali meal at the Bonn-based Somali community.

There’s no way around it: this is not just the usual suburban area of the usual German town. Different tints, dress codes, and haircuts reveal that most of the people around do not fall into the German ideal type. We park the car while some veiled women cross the road. A few meters away a couple of grey doorsteps lead us to the building main entrance: we ring the bell, the doors open and we approach the hall. The yellow painted concrete bordering our way up discloses the social housing project behind the environment around us. We finally get to Habiba’s apartment.

Naima opens the door, and welcomes us. Our host is not in, “she has just gone for shopping”, but “please, take a seat and feel at home here” – she says. Her friend Anab stands up and shakes our hands too, before sitting down again in front of the household’s desktop. She is testing her driving soft skills on-line, she will be sitting the driving license test in a matter of days.

We are then introduced in the dining room, and take a seat on the sofa. Naima brings us something to eat and Sambusa as appetizers. Then unsolicited she starts talking about her kid, whom she has lost some years ago. She was pregnant back then, and hospitalized, for she was about to give birth to her 8thchild. Yes, Naima has divorced twice, married three times, and is the mother of 8 children. Some of them are in Somalia, some others in Germany, or elsewhere in Europe. She looks very young, the skin on her visage is neat and well stretched, she could be 35 I guess, but she is actually 43.

She resumes talking about her little boy, whom they have found dead near the railway, not far from the main station. The body lying on the ground, nearby his mobile phone and the wallet. “I´m not stupid: if it was the train to have taken him, all his belongings would have been scattered much further away. I do not believe in the official version of the story”. She also had a lawyer look into the affair, but he finally recommended her to give up with the investigation. “If Allah had decided so, nothing would have ever brought back my boy. I had to think of my new offspring, along with his siblings, all waiting for me at home. I desisted”. Naima wipes the tears away with her handkerchief, and by the same movement her bad memories disappear too from the surface of her eyes. Immediately after she shows a huge smile across her face.

In this right moment Habiba arrives, along with a few friends of her: all women. At this point I´m the sole man in this congregation, and this is quite unusual for Somali standards, unless you are a member of the (extended) family. When Ibrahim is eventually welcomed, ten minutes later, I also feel more comfortable to be sticking to the hosting culture´s tacit rules. Everybody knows him, here in Bonn, and also back some 25 years ago, when he was still in Somalia. A member of the national football team and a politician, of Bantu origin, to all known as “Shash”. He was also a major in the army, during the Siad Barre regime, but he had to flee the country if he wanted to save his life. It was 1989. In Berlin the “wall” was about to fall, and a nation to reunite, while in Mogadishu the civil war was about to break out and an entire nation to fall in havoc. Timely enough Ibrahim applied for the refugee status, and he was eventually granted it.

I talk to him, while in the kitchen the meal´s main course is been prepared by experienced hands. A few minutes after the table is set and we all share Canjela and Sugo, with salad, cheese, and bananas as side dish. While most of us are busy stuffing the mouth-watering food in-between our lips I have a chance eventually to talk to Habiba. She comes from a prominent family in Somalia. Related to the second Somali president, Shermarke – who was assassinated in 1969 – she was a relative as well to a Minister of the Siad Barre regime (1969-1991), of the then dominant Darod clan. A very kindred and peace-loving spirit, she had to flee in 1990, with her kids, on the first flight that could take her to Europe, or somewhere safe. On her way to the first viable airport, and for the first time in her life, she crossed the southern part of her home country. She still distinctly recalls how beautiful she found out it was. Ever since, she has never gone back home, although she really would like to. 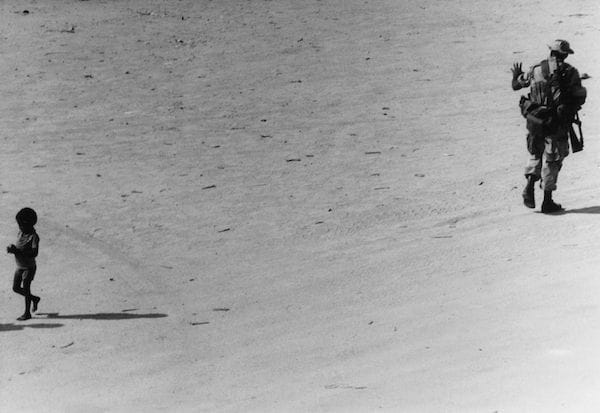 Security is still precarious especially in in South Central Somalia. “I would fly back immediately if I could” resumes Ibrahim, originally from Mogadishu. And he is of the opinion that his kids would follow suit. “You know, over here we are experiencing two major problems with our children´s generation. They were born and raised here, and they received a German education: hence they have a German mentality, which does not fit very well with our own. We were born in Somalia, and we belong to another culture, we were shaped under a different sun”. “But, at the same time”, he continues, “our kids, who are now grown up, are confronted in turn with some other cultural issues. Whenever it comes to make a living here, access to work and occupations is not equal for everybody, although from a formal point of view everybody enjoys equal rights. That is why they are often employed, if at all, in sectors and roles that do not match their actual level of education or qualification. And this is extremely frustrating for them, not to mention for us. And this is the reason why, I maintain, they would be tempted if not willing to leave”.

It is a fact. Ibrahim has just touched upon one of the most critical aspects of the Somali diaspora experience in Germany. But the issues at stake are many more. Two hours´ visit is just enough to make you guess how complex and intricate these lives can be. In between escapes, forced migrations, and wished returns, language barriers, culturally distant children, diffused unemployment and reliance on a still foreign social welfare system.

Ibrahim is about to leave. He had just announced it, but I am too interested in the on-going discussion to consider it an appropriate time for leaving too. I look into the eyes of my girlfriend and I dare not to grab the occasion to depart. Food and table sharing brings people closer together. Everybody is more at ease now, the atmosphere has warmed up. Taking advantage of this momentary lapse of self-restraint, in front of an imperfect stranger, I then ask, “but where are the men? I do not see any today”. The-Women-in-the-Yellow-Scarf (renamed so because of her yellow veil) takes the floor, and says: “You know, men are not any longer so relevant here, as they used to be back home. This new life has basically deprived them of their traditional power over women, they are mostly unemployed… they do not manage the household budget, and many of them have divorced, moved out or gone elsewhere”. As a result many Somali families are de facto mono-parental, there is a chronic lack of fathers and women raise they children by themselves, as well as “with the assistance of the community of course”, explains Habiba. The commitment to the familial and group´s well-being is still very strong and very much dynamic among the Somalis, irrespective of where they are, in the diaspora or in the Home country.

Ah yes, Home. No doubt these women they all miss it very much. For sure “women would not have savaged the country” like endlessly quarrelling men, warlords, and clan-chiefs alike did. No wonder that when asked about the main problem Somalia is confronted with, they all agree with it, clan and clannism, for how it has been badly affecting politics and the country´s economy for decades now. Over the conversation their eyes start burning from the inside, with a mix of rage and hope. Unfortunately it is time to leave. We have to catch a train. When lastly asked what they miss the most about Somalia, two or three among them say “the perfume of the land, the frankincense in the air”. And like in a chorus they all mimic a deep inhalation, while they close their eyes. By this twinkling we are all gone. 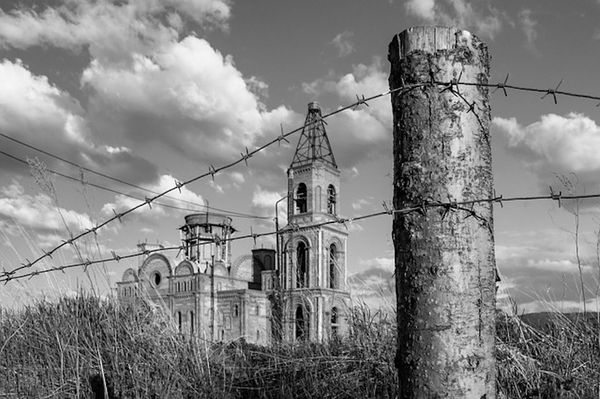 Once one abandons the concept that the security praxis of any state is ever politically ‘neutral’, the manner in which different states instrumentalize security policy in the generation of national ⋙

The resurrection of classical Western movies stereotypes as a grotesque Iraqi tale. Why do enemies look all the same? Why do they wear the same clothes, use the same weapons, ⋙