Intervening at the ISPI Med forum in Rome on December 7, 2019, the Special Representative of the Secretary General for Libya, Ghassane Salame, said that the current conflict in Libya looks like a paradoxical war without fighters. As warlord General Khalifa Haftar attempts to seize the capital Tripoli, only a few thousand combatants overall can be found on a frontline stretching for several hundreds of kilometres, and even these are reported to be diminishing steadily. Yet at the same time the conflict in Libya is increasing in intensity and brutality. What Ghassame Salame could have also said, in fact, is that Libya is perhaps one of the first and clearest illustrations of how the wars of the future could look like, with human combatants replaced by robots.

Libya shows no shortage of indications of such a high-tech drift. While most of ground forces engage in repeated small-scale military operations which have so far failed to produce a breakthrough of territorial control, most of the attacks are carried through air artillery. And although this may be not uncommon, what is striking is that in Libya, unlike any other previous conflict, most bombing is done by unmanned drones piloted remotely. According to UN figures, more than 1,000 drone attacks took place in Libya since the battle for Tripoli started in April 2019, with approximately 800 conducted by forces supporting Haftar and 250 by forces opposing him. More specifically, Haftar is resorting essentially to high-precision Wing Loong drones made in China and supplied through the assistance of the United Arab Emirates, while anti-Haftar forces defending Tripoli rely on less costly – but less sophisticated – Bayraktar drones supplied by Turkey. The technological gap contributes to explaining the dominance of the airspace progressively achieved by pro-Haftar forces.

Shifting the focus away from the Libyan contenders themselves, and from their direct supporters, drones seem to have become foreign actors’ favourite means to intrude into the Libyan conflict. Flying from NATO bases in Sicily and CIA bases in Niger, US drones are conducting precision strikes against terrorist cells linked to Al-Qaeda and the Islamic State scattered across Libya. The string of attacks that reportedly killed 43 IS militants in the Libyan southern town of Murzuq last September provides an illustration of this. There is also evidence of Italy and France using drones to monitor Libya and collect intelligence about the conflict dynamics. The list of countries involved, however, is likely to be longer, and observers contend that the skies over Libya have become overly congested due to the intense traffic of drones. To the point that, when a US drone was brought down over Tripoli on November 21, Haftar forces could in all seriousness claim that it was a mere mistake. The episode however reveals that advanced jamming equipment are being deployed in Libya, most probably supplied by Russian forces. And although Haftar’s camp immediately apologized for the misstep, it is worth noticing that (at the time of writing) the crashed drone hasn’t been returned to the Americans in spite of Washington’s explicit and insistent demands. This is spurring speculations that, just like in a science-fiction movie, the unidentified flying object shot down in Libya is now being meticulously studied by high-tech spies in order to fill the technological gap with the US.

The implication of robots in the Libyan conflict redefines the spatial spheres of warfighting. And while drones and military satellites are being deployed in the stratosphere, the mediasphere has become the territory of contention of armies of bots. Through them, international actors have tried to influence domestic and foreign audiences’ perception by shaping the coverage of the war. In particular, Saudi Arabia has invaded the Libyan media landscape through a network of automatized blogs that published an average of 1,000 posts per day in the first 15 days of the offensive. Interestingly, in the first three months of the conflict, 34% of the total volume of content created on Libya was produced in Saudi Arabia, while only 7% was coming from Libya itself. Traditional war correspondents are thus being replaced by automatized machines based in remote servers and posting from afar, at a scale that is perhaps unprecedented. It is extremely hard to contrast the virtual reality thus manufactured with the actual situation on the ground, because Libya’s over-securitized policies hugely constrain the access of foreign media and researchers, making debunking and fact-checking almost impossible. Propaganda of war is thus obtained less by subtraction –censorship’s times are gone – than by multiplication of unverifiable content projected globally on everyone’s smart devices.

On the ground, the progressive de-humanization of the war is also illustrated by the changing composition of military ranks on both sides. The backbone of the forces defending Tripoli is made up of revamped street gangs, whose members are increasingly reliant on the propellent of synthetic opioids to work up their courage and nerves on the battlefield. The demand of Tramadol is skyrocketing across Libya, and drug trafficking is compensating the losses incurred with the curtailment of migratory flows. For his part, Haftar is reportedly having a very hard time to mobilize new forces. Potential recruits, including among his own tribal and regional constituencies, are wary of supporting Haftar’s adventurism until the end, probably because they know all too well that the takeover of Tripoli is likely to result in a bloodbath. As a consequence, Haftar is growingly reliant on foreign mercenaries: Sudanese and Chadians of the diaspora, stranded migrants redeemed from detention centers, and, increasingly, Russians of the Wagner Company, a private military contractor owned by a billionaire close to Putin.

This is not to mean of course that the fighters engaged in Libya are less “human” than those involved in other wars, present or past. Yet one could argue that their agency is uniquely predictable and controllable, given the peculiar nature of the motivations herein evoked. This is far removed from the unpredictable and spontaneous beginning that, according to Hannah Arendt, is the defining characteristic of human agency, political freedom, and human condition more in general. The drivers of mobilization in the Libyan war highlight the weight of inertial compulsion based on an elementary input-output mechanism: while humans, the combatants in Libya are being progressively robotized.

At the same time, the fact that humans are less involved in actual fighting does not mean that the war has become less brutal. To the contrary, the massive resort to unclaimed drone attacks, fake news and mercenary manpower ensures to both coalitions a much greater degree of plausible deniability. The challenges of attributing authorship and responsibility of attacks is making of Libya a quintessential example of “dirty war”: the deliberate targeting of civilian infrastructures, humanitarian actors and hospitals has become part of standard warfare operations in Libya.

Overall, the emerging features of the war in Libya delineate a scenario that looks like the creation of a science-fiction screenwriter’s invisible hand: in a desert country regurgitating natural resources, world powers are fighting through flying robots connected via a web of satellites in the stratosphere; on the ground, armies of street gangs and mercenaries are engaged in urban warfare to seize the control of a corrupt regime; bystanders are immersed in virtual realities manufactured in remote high-tech labs which shape actual perceptions; everywhere, warfighting is increasingly delegated to automatized machines, with less and less human mediation involved, but the consequences are felt by civilians. Time will tell whether this is a provisional concession to a dystopic imaginary, or the prelude to a brave new world dis-order. 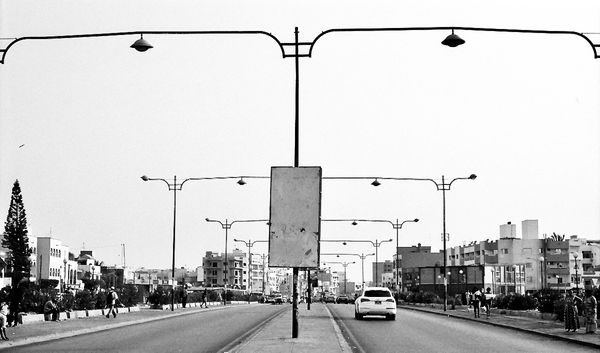 In the aftermath of the so-called ‘refugee crisis’, the EU should take into consideration what the real interests of their partners in West Africa and the Sahel are and accept ⋙ 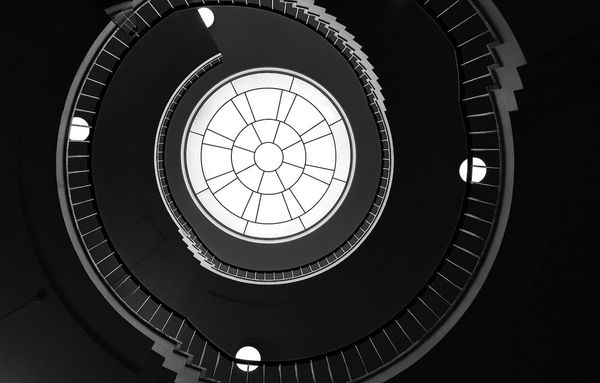 That peace operations and crisis response mechanisms can fail to restore security is not news. What is less known, is that in many cases they can also have harmful outcomes ⋙