Instead of looking into the mechanisms that shield the executioners from prosecution, Italian media and commentators spin conspiracies. Used to noir fiction, the public is thirsty for plot twists and Giulio Regeni is deprived of his dignity as a researcher that studied, precisely, the authoritarian simplification of social conflict.

‘My favourite fiction genre is Egyptian presidential elections’, writes the Arab architect and twitterate Karl Sharro, referring to the electoral mise-en-scène that will lead general al-Sisi to celebrate his own political reproduction with a lonely run. The Mediterranean and Middle-Eastern situation evolves rapidly: the North Eastern African region too is being reconfigured by the ongoing clash between the Saudis and United Arab Emirates on one side, and Qatar plus Turkey – hence, the Muslim Brotherhood – on the other. Sudan, traditionally close to Egypt, has swung to the Brotherhood-friendly camp: a move that worries Cairo because it points to a new potential axis with Ethiopia, with serious implications on the vital issue of the management of the upper Nile basin. Even the rekindling of the crisis in Tunisia this week bears the hallmark of this clash: the parliament in Tunis approved new draconian cuts to the state budget also in order to pay back a major loan to Qatar. At the same time, Abu Dhabi gave opposite signs, beginning with announcing a the ban of Tunisian women from Emirates flights: several accounts spoke of pressures on Tunisia to sideline the islamist party Ennhada – itself affiliated to the Brotherhood. The authoritarian mode that characterizes the response to the rekindling of social conflict in Tunisia marks a not too covered attempt at ending the inclusive approach to government followed so far in the only democracy that has survived the Arab springs of 2011.

European governments and the United States do not appear to harbour particular scruples towards this sequence of authoritarian simplifications and the ongoing clash about the nature and terms of political Islamism. A series that started with the military coup that, with the support of the salafists, brought al-Sisi himself to power in 2013. In Tunisia, the international community sets the agenda of budget restructuring with austerity measures (including raising telecom tariffs, which not so easy to understand even from a neoliberal viewpoint): while failing to encourage job creation and new welfare compact, the international community is at the same time keen in assisting Tunis in military and security cooperation. So, while fighting the jihadist brigades in the remote regions of Kasserine, the Tunisian government deploys the army in the streets against the anti-austerity demonstrators. Among the hundreds that were arrested there are some opposition leaders too: yet the government press releases – eagerly echoed by the Italian media – emphasize the presence of “jihadists” among those brought under custody.

However, there are subtler ways to avoid disturbing our ‘strategic partners’ while they are busy emptying of meaning and aim the notion of democracy, capturing government, repressing social demands, and bolting the trap-door shut over criminalized dissidents. In Italy, as usual, we somehow manage to distinguish ourselves. I refer to the media and political chorus, the standing ovation that welcomed the news that Giulio Regeni’s supervisor in Cambridge had been searched. Reading the main Italian newspapers you would be excused if you thought that Italian commandos had been called in to break into the university campus. The Cambridgeshire police later clarified that they had acted upon request of the Italian investigators and that Dr Abelrahman fully cooperated on every request. News of the endowment of a scholarship dedicated to Giulio Regeni suggests that there was perhaps some input from the government to improve cooperation and display a different attitude. During the last two years I haven’t been soft about the British university’s diffidence and reticence [see also our previous reporting on Security Praxis]. However, it takes a good deal of condescension to hide behind the pharisaic formula of a ‘360 degrees investigation’ the detail that Giulio Regeni has been kidnapped, tortured and killed in Cairo, not Cambridge. Research institutions understandably enjoy wider autonomy than security apparatuses: still, among the countless denials and false leads that have marred the Egyptian investigation, there are no reports of Italian-requested searches in Egypt, where the assassins are. All that we have seen and learned so far leave little reasonable doubt about the involvement of Egyptian security apparatuses in the murder.

Any progress in the investigation will be proportional to the pressure that Italy will be able to exert, and the settlement of the regime on new internal equilibria that could fracture the current discipline of silence. But instead of looking into the mechanisms that shield the executioners from prosecution, something that for Egypt would have far wider repercussion than the ‘Regeni case’ alone, Italian commentators multiply conjectures, seeking triggering and mitigating factors, within a frame of exceptionality for such a horror, deliberately denying its documented ordinary routine. The public is so used to noir fiction that it thirsts for plot twists, eliciting self-congratulatory ‘I had always suspected it’ echoes. Giulio Regeni is thus deprived even of his dignity as a researcher aware of the nature of the work he was carrying out with competence and professionalism, studying – precisely – the authoritarian simplification of social conflict.

While ISIS sets up check points in broad daylight in the Egyptian Sinai, declaring war to Hamas (linked to the Brotherhood), authoritarianism and social conflict are redacted from the mainstream media narrative. Giulio Regeni was way ahead in understanding the nature of the challenge, but he is reduced to an unaware young man, the sacrificial victim of an obscure machination. The more or less explicit innuendos that we read about Dr Abdelrahman are motivated by neither the ostensible search for the truth, nor the attempt to keep alive the hope of those – like Regeni’s own lawyers – who are held in Egyptian prisons. On the contrary, what we observe here among the Italian commentariat are the effects of a depressing cocktail: provincial resentment towards ‘perfida Albione’, an inferiority complex towards Cambridge, a sense of superiority and envy towards an intellectual Egyptian woman that landed an academic position in that same prestigious institution. And, last but not least, there is the inability to understand that we are serving neither truth, nor justice, nor democracy, but a fiction that has dictatorship and jihadism as main characters.

The original version (pay-wall) of this article (in Italian) was published on il manifesto, on 14 January 2018.

Cover photo: by Alisdare Hickson from Canterbury, United Kingdom - "Truth for Giulio" - Daniel Zeichner MP for Cambridge (second from the right) attends a vigil in memory of Giulio Regeni and the hundreds of Egyptians disappeared and tortured every year. Wikimedia, CC BY-SA 2.0. 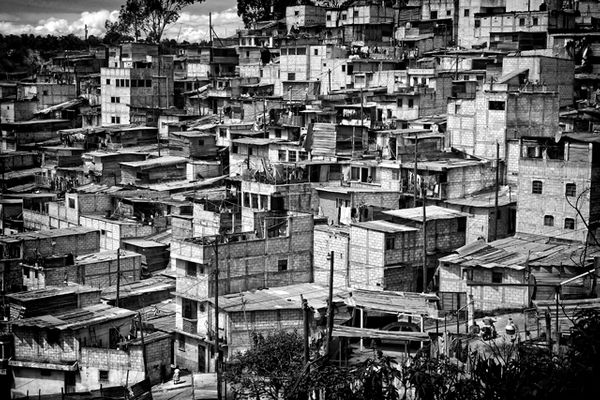 From maras to pandillas, between street gangs and organised crime: a comparative look across the region. While conducting field research in Central America on women and gangs, I was also ⋙