What made Lampedusa a security frontier and Italy a country being invaded.

Over the past 3 years the media coverage on boat migrants and Lampedusa’s landings has shaped and framed a representation of that reality that is at odds with the actual facts. Beyond the rhetoric of invasion and assistance, all of us, as media consumers, have been heavily exposed to the radiations of an insecurity instilling narrative.

“The unending wave: already 18 thousands clandestine migrants have disembarked on Lampedusa”, between January and March 2011, the subtitle added. It was through these words that an Italian right wing daily (Il Giornale) commented and warned the Italians about the incipient “invasion” of irregular migrants on the sacred soil of the Italian Republic (“Le cifre degli sbarchi sull’isola da gennaio a oggi danno la misura dell’invasione” – The figures of the disembarkations give an idea of the invasion).

A few weeks later, Il Giornale, again, had the following headline in one its, almost daily, follow-ups: “Continuano gli sbarchi, Lampedusa al collasso: ogni ora 100 immigrati”, that is Disembarkations continue on the isle of Lampedusa: every hour 100 migrants. Let’s cash it up, 100 migrants every hour gives 2400 per day, 72000 a month, 864000 a year, from Lampedusa only. Terrible, alarming, unsustainable.

Ever since, a plethora of video and written news, social network posts and tv services, produced by the whole media sector and anxiously portraying consecutive disembarkations, has literally bombarded the alert and the less alert ear, eye, and brain. And Lampedusa, a tiny strip of land, south of Sicily and geologically belonging to Africa, has become a hetero-imposed ultimate security frontier, especially in the eyes of the Italians.

It is nevertheless true that 2011 was a bit epochal, even for Lampedusa. The little island registered that year the entrance of 47.650 migrants, (5.166 instead in 2012). It was the aftermath of the revolution in Tunisia, and of the bombing of Gheddafi’s Libya. They both undoubtedly propelled renewed waves of migration from North Africa to Europe via the Sicilian outpost. In the same year 16.242 extra-European citizens were also repatriated tough, but not a single article from Il Giornale ever addressed the topic.

Yet, we know that, immigration issues are quite stodgy for the right-wing stomachs. However, beyond the left and right rhetoric of assistance or of invasion, what matters here is rather the average picture that ANY media consumer could draw (or depict) from the media tam tam. The usual (on-line) readers from La Repubblica for instance, the moderate/liberal left wing Italian daily, could have inadvertently inferred a similar representation of reality. Take for example the list of on line posts, hooked by Lampedusa as a keyword, in the three months preceding the tragedy of the 3rd of October 2013.

If one sums up the figures on the basis of the accounts they give a total of almost 4000 people disembarked on Lampedusa in this period (Jun-Sept). The official data of the Italian Ministry of Interior provide for a different description. According to them about 24000 people have disembarked in Italy for the whole year (august 2012 – august 2013) and on the entire national territory (from Bari, Brindisi, Trapani, Lecce, Cagliari, etc.). Without any pretension of being scientific here, the former representation hardly fits in with the latter.

I am not arguing that whoever is reading the incriminated passage or looking at the revealing image would ever squander his time summing up data and figures to his/her betterment or security. But the question is rather this: what is the impact of such narratives on the media consumer’s representation of reality? What does he/she retain from all that? Open mouthed in front of his/her dinner, while the (you)tube pours hordes of migrants in his/her dining room?

Today more than ever our experience of reality is permeated and mediated by the media. Our virtual outreach is cosmopolitan and ecumenical, while media products and forms have increased massively in number and scope, sometimes in quality. The village has never been so global, whereas our day still comprises of the same old 24 hours. Through the media texts, we construct our reality and make sense of it. What we receive and produce is a selection of that reality. And what we retain is a selection of that selection.

The impacts are huge, in any field, to use Bourdieu’s sociological category. We are already accustomed to some of them. Let’s skip for a moment the mass propaganda of the totalitarian regimes or the radio fiction of the War of the worlds. Expressions like the ‘hidden persuaders’ and ‘manufacturing cont(s)ent’ are also famous books’ titles. More recently we have heard of the CNN effect, and even more recently of the Al Jazeera effect. These days people talk about “clictivism and slacktivism culture, that has reduced people’s willingness to inform themselves of the nature and causes – and magnitude I would add – of crises”, as Keith Somerville puts it, while commenting on Suzanne Frank’s Reporting Disasters.

Time is yet another issue. If Nicholas Carr investigations into the effects of the Internet on our brain activities are proven true (The Shallows, 2011), modern media consumers can rely on even thinner certainties. “The Internet encourages the rapid, distracted sampling of small bits of information from many sources… its ethic is the ethic of the industrialist, an ethic of speed and efficiency, of optimized production and consumption”, and of sensationalism of course.

The tragic disembarkations of migrants on Lampedusa has been the most popular issue on Facebook in Italy for the year 2013, followed by political election and Mario Balotelli (a football player). We are talking about more than 24 millions potential consumers. On the one hand this could have positively contributed to the laudable adoption of the Charter of Lampedusa or the setting up of the Museum of Migration of Lampedusa and Linosa. On the other hand one should be recommended to brush up his/her perception of reality against that very reality, as much as possible. To find out for example that the invaders (irregular migrants) have never been so few in Italy, not even 500 thousands in 2013, half the number they used to be in 2002. Or that the greatest number of visa applications to Italy for the same year, for business or working purposes, came from India, China and Russia. What a coincidence.

Under these circumstances one is reminded of Howard Beale’s speech, from the movie Network (1976) “…man, you’re never going to get any truth from us. We’ll tell you anything you want to hear, we lie like hell…”. You are warned guys, watch out for the bullshit. 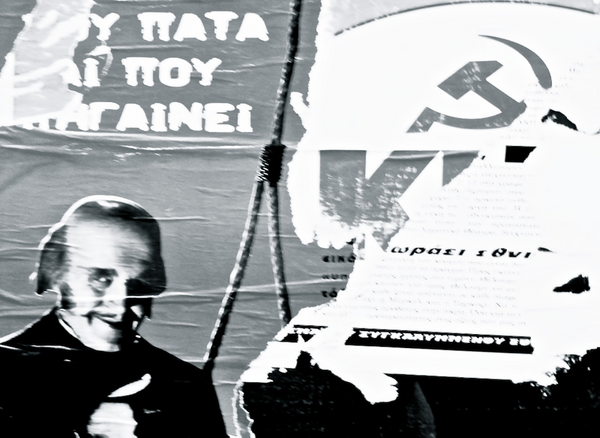 Thinking beyond the model with Robert and Edward Skidelsky's latest book. Those who labour work more and earn less, while they are less and less insulated from the vagaries of ⋙ 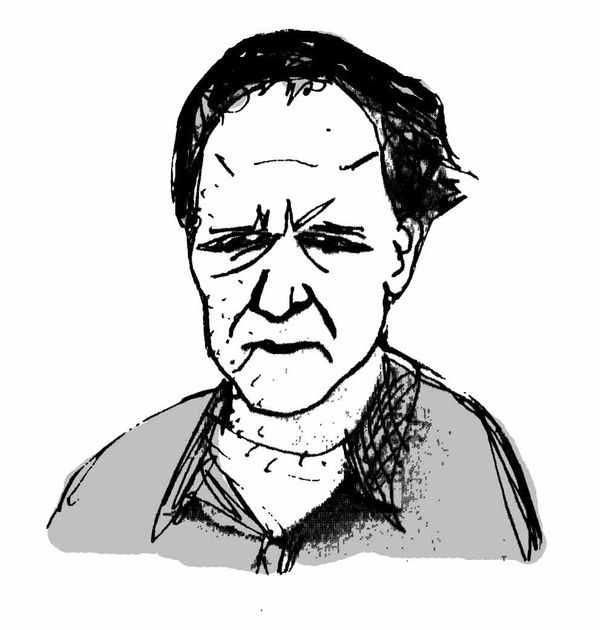 Herzog’s cinema explores borders. Not only geographical borders. It’s an inside point-of-view searching for a chaotic outside. I think it’s impossible to start this column about crime, ⋙