West Africa’s democracy crisis runs deeper than military coups. On this year’s International Day of Democracy, 15 September, there isn’t much to celebrate in a region where coups are just the top of the iceberg.

In a 30 August encounter with France’s top business association, president Patrice Talon of Benin signaled clear reservations towards democratic norms and values. Moving away from classic politicians’ pretense, he told his audience he had no intention to “uphold democratic expression” as this could “lead to anarchy”, and described “authoritarian measures” as “necessary” to ensure the country’s economic development.

These statements have raised alarm in Benin, a country once considered a model of democratic transition in West Africa. They resonate with long-standing concerns over democratic backsliding, consistently voiced by national civil society and political actors since Talon’s first election in 2016. In six years, a combination of institutional and legal reforms has checkered the country’s balance of power, with the election of a unicolor national assembly, the suppression of dissident voices, and unprecedented shrinking of basic workers’ rights.

At the regional level, though, Talon’s comments haven’t triggered much of an outcry. They hardly stand out in a West African neighborhood that is undergoing a profound crisis of democracy. As the world celebrates International Day of Democracy, this 15 September, stakeholders in the region have much to reflect upon.

The return of military coups in Mali (August 2020 and May 2021), Guinea (September 2021) and Burkina Faso (January 2022) is but the top of the iceberg. Many of these coups have received, at least initially, significant levels of popular support in capital cities and beyond, reflecting citizen’s disenchantment in façade democratic systems that have failed to deliver better governance or public goods.

In Mali, three decades of innefective governance since the 1991 ousting of Moussa Traore’s military regime have equated democracy with poor government performance and elite state capture in the eyes of many. Unreliable electoral processes have made matters worse by undermining citizens' trust in elections as an accountability mechanism, and reinforcing the sense that a democratic fool’s game was holding the people hostage of a corrupt few.

After the 2020 coup, which followed yet another electoral crisis, the international community's insistence on speedy elections above all else reflected a failure to appreciate Malians' disillusion in empty-shell elections and contributed to stirring them further away from democratic preference. Two years and an extension of the transition period later, an opinion survey conducted in April 2022 in urban centers across the country found that only 3% of respondents wanted the transitional authorities to prioritize elections. Variations based on respondents’ geographic locations or levels of education were nominal, but the gap with dominant opinion among Mali’s Western partners is abyssal.

In Guinea, former president Alpha Conde's constitutional tweaking to remain in power for a third term provided the platform for the September 2021 military takeover. A similar move by Cote d'Ivoire's Alassane Ouattara was more successful, as he did manage to secure a third term. Despite domestic outcries, neither attempt was challenged by the Economic Community of West African States (ECOWAS). The organization’s protocols for democracy and good governance condemn unconstitutional changes of government such as military coups, but not constitutional manipulations by incumbents willing to overstay in power. The apparent double-standard weakens ECOWAS’ moral high-ground when it comes to enforcing democratic norms and values in the region.

In 2015, one year after former president of Burkina Faso Blaise Compare was forced out of office after attempting to change the constitution to further extend his 27-year rule, the regional bloc considered formally restricting presidential terms across its member states. But Togo and Gambia, both led by multi-mandate heads of state at that time, vetoed the reform.

The banalization of third – or more – presidential terms is symptomatic of executive aggrandizement, another trait of democratic backsliding. Two of West Africa's democratic flagship countries could be next: Benin and Senegal.

Consistent with his recent statements, Benin’s President Talon has embarked on a meticulous crusade to unravel the country's democratic space, using terrorism-related charges to imprison political opponents, placing loyals at the head of key institutions, and erecting political barriers to stop opposition parties from running for office. This resulted in the election of a mono-color National Assembly in 2021, which he could easily manipulate to grab a third term in 2026.

Senegal, the other beacon of democracy in the region and the only West African state that has never experienced a military coup, could also be on the hook. In 2012, Macky Sall became president by beating in the polls a predecessor who tried to seek a third mandate. Yet, he doesn't exclude trying his luck for the same goal in 2024. The recent election of a majority opposition parliament makes such an attempt more difficult, but not impossible.

Across the region, confiscation of the political space by the executive branch of governments is compounded by shrinking freedoms of speech and of the press. Military transitions in Mali and Guinea have both asserted a firm grip on public narratives over their country’s political and security situations, using public and social media, and arrestingindividuals with dissonant voices. Foreign involvement in state-sponsored disinformation campaigns and the outright banishment of critical media houses round up the strategy.

Concerns over slimming civic space and democratic fragility exist even in countries under civilian rule. Some have described Niger as a new beacon of democratic stability in the region after the country’s first peaceful transfer of power from one elected president to the other in April 2021. But it was a close call as the country escaped a coup attempt on the eve of President Bazoum’s inauguration, and human rights defenders continue to voice concerns over the shrinking freedom of assembly.

West Africa’s democracy crisis doesn’t stand in a vacuum, though. It is part of a global trend and mirrors the competition between Western promoted liberal democracy on the one hand, and autocratic models of governance that display some level of economic performance on the other hand. In this regard, President Talon’s open stance for authoritarianism as a “necessary sacrifice” for economic development resonates with a popular argument that takes China, Russia, Turkey or Rwanda as examples to follow.

Restoring West Africans’ faith in democracy will take more than the procedural practice of umpteenth elections and outraged condemnations from liberal countries. To win back opinions, democracy must deliver. Responsive governance must follow formal elections and produce tangible improvements in people’s lives.

Fundamental evolutions in political cultures are necessary restore inclusion and participation as cardinal values. These evolutions must translate in more productive economic dividends and improved access to basic social services for the people. Only by effectively delivering more quality government will democracy overcome the narrative that depicts it as impotent or a luxury that only rich countries can afford.

Regional organizations can help by displaying consistency in their support to democratic norms and values. This requires taking as firm stances against constitutional manipulations as against military takeovers.

International promotors of liberal democracies should also refrain from blanket assumptions of ‘coups contagion’ that minimize the specificity of national circumstances. The tools rulers use to erode democracy might be circulating across the region, but the root causes why it works are invariably grounded in unique national contexts. (1 243 words)

Ornella Moderan is a political and security analyst working in the Sahel and West Africa. She specializes in gender equality and inclusive governance; security sector reform and accountability; political transitions, elections and democratic processes; peacebuilding and humanitarian assistance, and has published extensively with the Institute for Security Studies (ISS) and the Geneva Center for security sector governance (DCAF), among others. 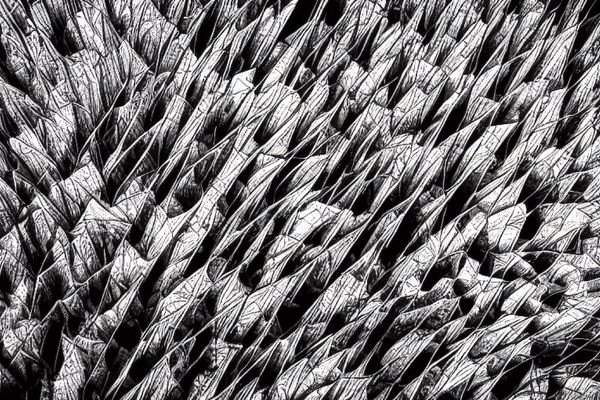 Both at the external EU borders, such as Greece and Italy, and the internal ones amongst EU Member States, we have witnessed a dispersion of the border, through its digitalization. ⋙

The DirPolis Institute of the Sant’Anna School of Advanced Studies organises an international conference on Afghanistan, gender and justice which will take place on Friday, 23 September 2022 in ⋙