We publish as fragments of a public debate an exchange among political theorists and social scientists that was triggered by a letter that Peter Wagner addressed to friends and colleagues on September 30th, on the eve of the independence referendum in Catalonia. Taking into account the new reality of brutal police repression, the stream of the discussion has to be broken into two. We publish here the reactions dated Sunday 1st October or later, including a second letter/reply by Peter Wagner himself.

Comments written in response to Peter Wagner's first letter on Saturday 30th September can be found as updates to the previous post.

Thank you very much for your reactions, critical or approving. This on its own is a reason for hope. Special thanks to Francesco for opening this debate to a wider reception.

The day has passed and it has confirmed our fears. I do not know anyone who is not deeply shocked by the police intervention today, and so am I. Even many of those who think that a state needs to act against a referendum declared illegal are appalled by the police violence. Politicians who are in opposition both in Madrid and Barcelona demanded early on that the police be withdrawn, given that a credible vote had already been impeded. Enormous damage has been done, and I'll come back to that, but I first want to comment on some aspects of the open debate.

Some already said yesterday that it's late, but hopefully it is not too late. More than providing facts or developing theories, one of the most important tasks of “academics” in the social sciences and humanities today, in my view, is to try to raise the level of debate (as someone who is on this mailing list said to me many years ago). This is what I will keep trying, rather than aiming at giving the correct view on the matter.

In this spirit, let me take up a few of the issues debated. As difficult as that may be, I think we have to ask two questions about oppression. The first is: in which sense are those who claim to be oppressed or disadvantaged indeed oppressed or disadvantaged? And the second is: given the nature of oppression or disadvantage, if any, what actions are justified to overcome the situation? There is a tendency by some to answer the first question with “yes” no matter what, and to answer the second one by saying “with any means”. But both of these questions require substantive answers in detail.

This points to the critical observation, made in several interventions, that an overly formal approach is insufficient. I entirely agree that an existing legal framework does not under all conditions set the boundaries for legitimate action. That is why the comparative observations are very welcome: on the United Kingdom, Latin America, Ireland, former Yugoslavia, Russia, Belgium. Clearly, under dictatorships and authoritarian regimes different mesures of resistance are justified than under democratic conditions. Furthermore, I also agree that what social movements can do is exactly widening the horizon of criteria for justice and freedom beyond the existing understanding and legal framework.

Taken together, these two reflections lead to the key question: Are the Catalans in Spain today so oppressed and/or disadvantaged and are the possibilities for changing that situation so much limited by the existing framework in a discriminatory way that the overthrowing of the constitutional order and the attempted creation of a double legality was justified? The answer to this question, it still seems obvious to me, can only be a resounding no.

There will now be much talk about today's violence. It will proceed with mutual accusations, of a highly hypocritical nature since both the Spanish and the Catalan government have done everything to bring this extreme situation deliberately and cynically about. At the same time, it is highly unclear whether it will serve them, given that the key protagonists in this conflict have utterly discredited themselves – or so one should hope. But I would like to add something that was most striking today. What could be experienced at home and in numerous personal communications (including some earlier email responses that were not sent to the full list) is a profound sense of sadness. In its fullest sense, democracy is much more than procedures and institutions, it is a form of life. This is what is being destroyed here at the moment.

By this time of the day you have probably all seen further proof of how stupid the Spanish Conservative government is. I don't think anyone among us doubted that, but today's tremendous scenes prove the point forever...

Then comes the moment to think about it scientifically -- i.e. not like the Catalan nationalist President and media have just done ("unimaginable shame will accompany Spain forever", "typical Spanish brutality", "proof of the urgent need for independence", etc), but taking the Catalan police as a methodological control group.

Please take two minutes to remind yourselves of how the Catalan "democratic" police acted NOT against a blatantly illegal and ethnically-driven referendum, but against totally legal demonstrations about perfectly legitimate social issues pertaining to poverty, education, and workers' rights:
https://www.youtube.com/watch?v=wfDP1i9C7VA
https://www.youtube.com/watch?v=fFulH9I3buQ

Watch them. Please watch them.

Thank you Peter. I agree with most of what you have been writing and also, I fully agree with Yannis' last remark: do not forget that the now saintly Mossos were the ones to repress the anti-establishment mobilizations during 2011 in Plaça Catalunya. I also think that history and political economy are important, and the history of Catalan nationalism is complex and long (starting with anti-liberal Carlism, through federal republican catalanism, through extreme right wing Lliga, through pre-civil war Esquerra Republicana, through the original ANC during Franco, etc…). The attempt to simplify its various facets into a homogeneous 'national identity' issue is in my opinion a mistake. PdeCat (before CiU, a corrupt party governing Catalunya for more than 20 years) is a neoliberal party that was the first in Spain to apply austerity cuts to health and education and to push forward privatization after 2010. There were more foreclosures and reposessions in Catalunya during the years following 2010 than in the rest of Spain. 2012 saw recurrent massive mobilizations not in favor of independence but against cuts in education and in health care while the anti-forclosure movement grew as a major civil society force. And then, suddenly, the theme of independence started becoming ubiquitous while the rest became silenced by the apparently all important nationalist objective. Austerity in Catalunya was explained as the 'fault' of the fiscal deficit with the Spanish central state, meaning, if Catalunya was independent … no more cuts. All of this was the discourse of a party (CiU) that has voted with the PP in the Spanish parliament every time there has been an economic or social issue to be decided.

Unfortunately nobody is talking about issues of inequality and redistribution in this debate, as if there were going to be solved through this show of identity politics. And democracy? Sovereignty? what does it mean when the Troika and global monopolies and finacial capital are holding nation-states in their power through various forms of financial blackmailing? Seriously, why should we hide under the pretence of independence and of social revolt when nationalism only covers under a veil the real forms of dispossession and opression that are distroying the world?

I am distressed, and sad, and angry at the waste of energy and goodwill.

Thank you so much for these thoughtful discussions and disagreements. I wish such illuminating - and not simply partisan - discussions took place inside the US (where I live) or in India (where I am from and where democracy and rights are in dire need of serious discussion). As someone unfamiliar with many of the fascinating details I gleaned from your communications, I can say that this series has acted as an object lesson in the difficulties of theorizing a moment of political mobilization while inhabiting it (not necessarily in a physical sense). It also both shows the intellectual courage one needs and highlights some of the "unsolvable" problems one faces in negotiating the tensions that arise inevitably between our normative horizons and actual events that unfold with all their rich, historical, and necessarily self-contradictory character before our very eyes. The relationship between historical processes and normative thinking has always interested me. I could not have had a better and richer discussion exemplifying the complexity of that question. Which is not to take anything away from the fraught nature of the Catalan situation and its inner conflicts.

Thank you, Peter, for starting off this chain and thank you all for your contributions. I found it to be a most enriching discussion that never forgot the question of actual people and their various concrete sufferings while positions were being taken on more abstract issues. Thank you all. 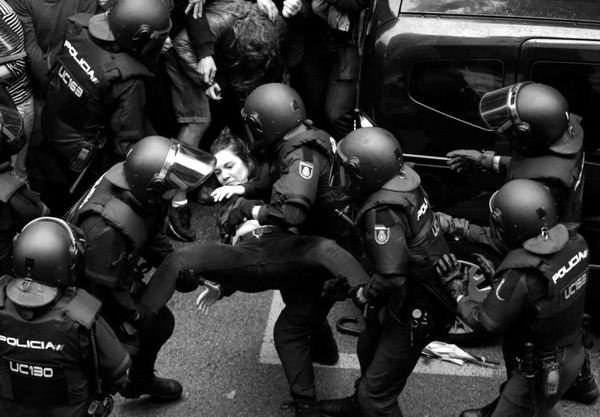 We thank Judith Butler for allowing to post her comment, that is part of an ongoing exchange among social and political theorists sparked by Peter Wagner's letter from Catalunya. (the ⋙ 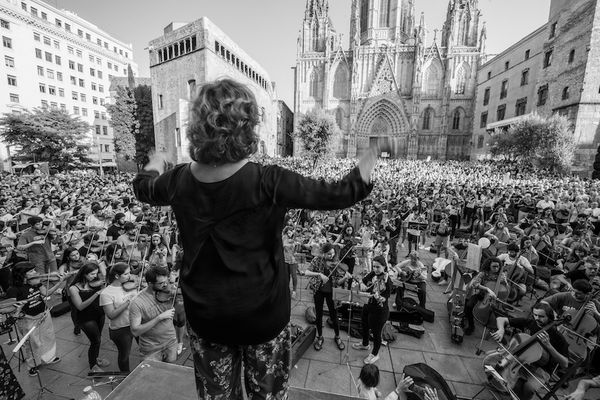 From Barcelona Peter Wagner writes to friends and colleagues about the Catalan referendum on independence. Direct democracy often forces to crude choices on fundamental questions that are hard to reconcile ⋙