On the endless need for the re-securitisation of state security.

The so-called ‘Copenhagen school’ of security studies has stirred the waters of international relations theory, and perhaps of social sciences in general, since the mid 1990s. It is defined by its trademark epistemological move, reflexively defining security – or rather securitisation – through a speech-act and its consequences (‘it doesn’t matter what security is, but what security does’). While the intended setting for the speech-act as formalised by the Copenhagen school is the public sphere of democratic political communities, this article will focus on recent examples of security speech-acts in a more circumscribed and formalised setting: a court of law.

In particular in the United States of America, in several occasions during the last few years, public attorneys representing the Department of Justice, and ultimately the executive branch of government, have argued for the dismissal of cases based on the potential threat to state security involved in the litigation and the public discussion of classified information.

In the name of state security, a securitising actor (representing the executive) is requesting the audience (the judges) to abdicate their constitutional role and deny the plaintiffs their right to seek justice in a court of law. If this securitising course of action will be taken, the security provider (another agency of the executive itself) will be invested with the extraordinary powers necessary to fulfil its role, an institutional task that would be otherwise curtailed if the normal, constitutionally prescribed procedures, would be followed. Crucially, and at first glance unlike the standard typology described by the Copenhagen school, the securitising rhetoric deployed by the state attorneys does not advocate for emergency powers and resources to be conferred upon the security provider. Rather, it is an attempt at politico-juridical persuasion in order to prevent the Judiciary to exercise its constitutional prerogatives that would interfere in the extraordinary powers that have already been, well, secured by the NSA and other executive agencies during previous rounds of securitisation.

A prime, although eventually unsuccessful, example of this kind of in-court securitising speech-act was recently brought to the attention of moviegoers across the globe by Laura Poitras’s Academy-award winning documentary Citizenfour. 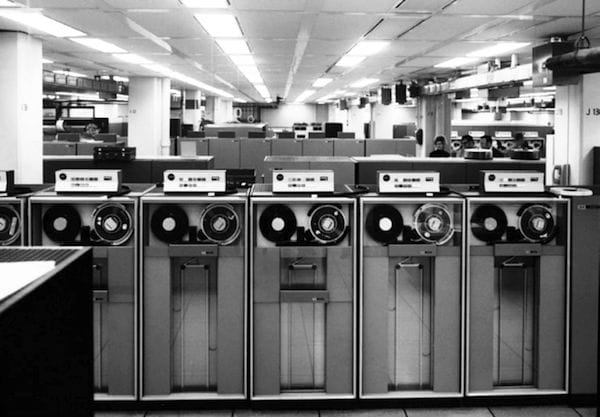 The documentary shows original footage from an oral argument related to the case Jewel vs NSA, a class action where the Electronic Frontier Foundation (EFF) is acting as counsel for thousands of AT&T customers suing the NSA and other government agencies to ‘stop the illegal unconstitutional and ongoing dragnet surveillance of their communications and communications records.’ The case is especially relevant for the overall Citizenfour storyline because it is based on the revelations of another whistleblower, Mark Klein, and the NSA role in the collection of personal records. It shows how the general massive surveillance procedures exposed by the NSA whistleblower Edward Snowden worked in practice. The EFF summarises[1] the case on its website:

Filed in 2008, Jewel v. NSA is aimed at ending the NSA’s dragnet surveillance of millions of ordinary Americans and holding accountable the government officials who illegally authorized it. Evidence in the case includes undisputed documents provided by former AT&T telecommunications technician Mark Klein showing AT&T has routed copies of Internet traffic to a secret room in San Francisco controlled by the NSA. – EFF

The oral argument took place at 2:45 PM on Wednesday, August 31st, 2011 in Courtroom Two of the William K. Nakamura Federal Courthouse in Seattle, Washington, United States Court of Appeals for the Ninth Circuit. The panel was comprised of Circuit Judges Pregerson (via videoconference), Hawkins, and McKeown.[2]

The attorney H.T. Byron from the Department of Justice of the Obama administration representing the defendants argues for the case to be dismissed, claiming that litigation over the wiretapping program would require the government to disclose privileged “state secrets” and that it was immune from suit:

The generalised grievance concern in the prudential context offers a good basis for explaining why This litigation need not be resolved in a Federal court, in light of the oversight of the political branches, both the Legislative and executive, which provides a better opportunity to address the concerns raised concerning nation-wide policies of alleged surveillance in these complaints.

Judge Pregerson, intervening via videoconference, is visibly upset by the constitutionally subversive implications of this claim: “So what role would the Judiciary have if your approach is adopted … I mean, we just get out of the way?”

Judge McKeown (presiding) notes the self-reinforcing circularity of the security argument and its ultimate consequence: “Aren’t we turning this into a Möbius strip ? … I’m not sure if that is just prudence by the court of abdication.”

Judge Pregerson continues: “But the Judiciary plays a role, in our system”

Judge Pregerson: “But here you’re asking us to abdicate”

Attorney Byron, graciously concedes: “Only if the Court wishes to do so … there is no obligation … it is a matter at this Court’s discretion.”

Well, in this specific case the court chose not to abdicate, albeit at the end of a tortuous legal ordeal that lasted five years the case was at least allowed to stand in court. The EFF summarises the, still partial, outcome:

In July 2013, the court rejected the government’s “state secrets” argument, ruling that any properly classified details can be litigated under the procedures of the Foreign Intelligence Surveillance Act (FISA). The court did dismiss some of our statutory claims, but the other claims, including that the program violates the First and Fourth Amendments of the Constitution, continue.

If this particular example of in-court securitising speech-act failed, it was only one salvo of a wider and ongoing battle. In fact, a more recent case hit the bullseye and vindicates the centrality of speech-acts in the practice of security, if need be. According to The New York Times:[3]

The Justice Department intervened […] in a defamation lawsuit against United Against Nuclear Iran, a prominent advocacy group that pushes for tough sanctions against Tehran. The government said the case should be dropped because forcing the group to open its files would jeopardize national security. […] The group is not affiliated with the government, and lists no government contracts on its tax forms. The government has cited no precedent for using the so-called state-secrets privilege to quash a private lawsuit that does not focus on government activity. The lawsuit, by a Greek shipping magnate, accuses United Against Nuclear Iran of falsely accusing him of doing business with Iran. The businessman, Victor Restis, subpoenaed the group for its donor list and all information it had collected about him.

A few weeks later the trial judge Egardo Ramos ‘deferred’ to the Government request. The case has been analysed vividly by Dr Noah Feldman,[4] a professor of constitutional and international law at Harvard:

Imagine that someone has wronged you, and you sue them. Then the Government magically appears in court and asks that your suit be dismissed because, for reasons it won’t tell you, state secrets might be dredged up in the course of the litigation. You have no idea what they’re talking about. But after secret discussions with the judge from which both you and the defendant are excluded, the court dismisses your suit.

Yes, the US Government – and probably many other democratic ones – can block discovery of information through ordinary litigation “when disclosure would be inimical to national security,” and indeed the ruling judge cited four precedents for it, but this is the first ever case where both the plaintiff and defendant were private subjects, no government agencies or state contractors were involved. Quite serious indeed. Dr Feldman list of charges is long and heavy. The ‘state security’ speech-act was sufficient and effective in this case to: violate the Rule of Law (the ruling judge said that “plaintiffs not only do not get their day in court, but cannot be told why”), breach the separation between judiciary and executive powers (‘the Court said it owed “utmost deference” to the executive’s concern about the effects of disclosure on national security’), ‘shaming the judiciary’ and bringing the country closer to a ‘universe of absolutism or autocracy’ where ‘no reasons are given’. We are not far from a full blown: fiat securitas, et pereat justitia.

Granted, United Against Nuclear Iran is not your average advocacy group. Founded by ambassadors Holbrooke and Ross, on its board sit many retired heavyweights from the CIA, State Department, Mossad, MI-6 and even the German BND.

In the Restis vs United Against Nuclear Iran case the dramatis personae of a securitisation process are clearly identified. The Attorney general was the main actor, doing the speech-act itself. The audience was in this case quite restricted, limited to the judge Ramos only because for the sake of secrecy even plaintiff and defendant’s counsels were not made part of the speech. Media coverage of the Ministry of justice intervention in the trial ensured a modicum of publicity to the case and some extension of the audience in a vicarious way. It is important to underline that the Attorney general lawyers were not in position to issue an order to judge Ramos: due to the separation of the judiciary and executive branches of government under the US constitution there wasn’t (the past tense is intentional) a hierarchic relationship between them. Given the secrecy, we cannot analyse the speech-act in detail. We only know that it was about ‘national security’, and that it was successful in securitising the issue at hand.

The ruling judge, Edgardo Ramos, because of the ‘utmost deference’ due to the Government’s concerns for national security, denied the plaintiff his day in court against many former members of the administration, and ‘came perilously close to saying that the case should be dismissed because it might be embarrassing to the Government.’ In order to do so he had to go against all precedent, make the judiciary ‘subservient’ of the executive power and breach Rule of Law. One point scored for the Copenhangen school, one less for US and liberal democracy in general.

On traveling with a Kosovo passport in the European Union gated community. In visa application procedures, I have no identity. My identity is my passport and my passport is my ⋙

“Unless the world learns the lessons these pictures teach, night will fall... but by God’s grace, we who live will learn” Shown recently at the Documentary Film Festival DOCVILLE ⋙