In June 2016, Grégoire Moutaux, a French national, was apprehended at one of the Ukrainian-Polish border crossing points while trying to smuggle 5 AK-pattern assault rifles, thousands of bullets, 2 anti-tank launchers, detonators and explosives into Poland. Ukrainian and French authorities later revealed Moutaux was planning to use those weapons during the European football championship to be held in France that summer.[1]

The weaponry seized in that occasion was as a drop in the vast pool of arms accumulated on Ukrainian soil throughout decades. In fact, (conservative) estimates issued by the Small Arms Survey in 2017, consider that the country is home to a total of 4 to 5 million firearms, 2 million of which lawfully held. To put these figures into perspective, estimates for the Western Balkans range from 5 to 6 million registered and unregistered firearms. With the outbreak of conflict in Donbass in 2014, the sheer number of small arms and light weapons estimated to be present in Ukraine has spotlighted the country as the most complex arms proliferation case in Europe.

Moutaux’s case of cross-border trafficking into the EU, exceptional but illustrative at the same time, raises the question whether or not the country is actually a springboard for arms trafficking towards the EU and how can the complexity of this phenomenon be unpacked.[2]

Data on firearms seizures carried out by official authorities, together with violent deaths induced by arms and crimes involving their use, are generally considered being some of the best indicators of weapons trafficking. At the same time, any consideration emerging from the analysis of weapons seizures alone comes tangled up with various caveats. Definitional variation across states and between authorities within the same sovereign space creates discrepancies in what act is considered being a seizure. The temporary nature of the act itself does not necessarily entail the illegal status of the confiscated item.

State, single authorities and individuals’ political agendas on the ground often affect what is seized and what is not, as well as how seizures are communicated to the public. Finally, as a corollary to the previous aspects, increased numbers (of seized items) do not necessarily indicate increased availability and trafficking of arms. Therefore, an analysis of press releases concerning firearms seizures allows to depict a partial but solid initial snapshot of the phenomenon of weapons proliferation and trafficking in Ukraine.

If a single illicit firearms market exists in Ukraine, it should be imagined as a diversified, fluid, relatively accessible environment. Weapons are not ubiquitous and access is not without barriers but they still remain fairly available in considerable quantities and varieties of types. The topography of this environment is very much diversified. Proliferation and trafficking of arms are not homogeneous phenomena but rather present different characteristics in different areas throughout the country.

In terms of scale, press releases on seizures depict mostly ‘ant trade’ movements although with considerable exceptions of larger flows of arms.[3] Diversification is a key feature also when it comes to the types of weapons confiscated by Ukrainian authorities. From ammunition to light weapons, small arms and explosives, a wide panoply of arms can be acquired in Ukraine. Certain specific types of weapons, perhaps more difficult to be acquired through other regional or sub-regional channels, assume particular relevance. The availability of shells for light weapons, various calibers of ammunition, anti-tank weapons and RPG’s substantially change the country’s relevance as in-land source of weapons.

An analysis of specific types of weapons recovered through seizures provides some important indications to try to outline the structural and proximate sources of arms proliferation.

The prominent presence of Soviet-era arms and older types highlights the need to understand the phenomenon of arms proliferation in Ukraine in the broader perspective of two crucial historical phases of the country. First, legacies of war characterized the formation and transformation(s) of the state throughout the first half of the twentieth century until approximately the 1950s. Second, the role of Ukraine as an integral part of the Soviet military-industrial complex and the defense apparatus of the Warsaw Pact turned the country into a site of massive arms stockpiles, intensive arms production and strategic military deployments on the regional landscape for the following forty years.

During the 1990s, regional armed conflicts such as those in Transnistria, the Wars of Yugoslav Secession and two wars in Chechnya further contributed to firearms proliferation. The dissolution of the USSR and the consequent downsizing of the emerging new Ukrainian army generated vast weapons surpluses on the territory. These historical processes intersect another major element, meaning the underlying continued presence of arms manufacturers together with illicit craft production and conversion of firearms.

Although it might seem a purely conceptual exercise, identifying the sources of weapons proliferation and distinguishing them from diversion and trafficking dynamics is particularly important as it allows to discern between possible long and short-term implications. Often clear connections between the two can be noted. In the case of Ukraine the primary dynamic of arms proliferation seems to be the leakage of weapons from state stockpiles through various channels: theft, capture during hostilities (in Donbass in particular) or embezzlement. Other relevant dynamics of trafficking involved the supply of weapons to paramilitary units formally operating on the side of Kyiv — which has remained relatively neglected — and to insurgent armed groups in Donbass. Moreover, seizures often reported cases of trafficking involving allegedly antagonistic conflict actors. The role of defectors, former and active members of conflict actors was also important and often blended in with equally relevant criminal dynamics.

Establishing profiles of actors is crucial for the understanding of the overall situation on the illicit firearms market in Ukraine. Although this is not an easy task, three broad categories of actors involved in trafficking can be distinguished: organized criminal groups; individuals and loosely structured networks; and conflict actors. First and foremost, these categories are not discrete and self-sufficient but rather often overlap and present blurred and fluid lines — especially for individuals, small networks and conflict actors.


The bulk of analyzed seizures was related to small loosely structured networks of several individuals. This feature can be explained in connection to the increased accessibility of firearms on Ukrainian territory after the eruption of the conflict in Donbass. According to available data, most of the groups involved in arms trafficking are not as hierarchically structured as one might think. Frequently, trafficking was carried out by several individuals working together, in person or remotely and constituting highly flexible, loosely and horizontally structured networks. Connections amongst individuals (traffickers and customers) may be established through a combination of personal networks, familial or other social bonds, needs and the actual capacity to access arms.

The category of conflict actors involved in arms trafficking is as well very heterogeneous. They belong to different subgroups, fighting on both sides, pro-Ukrainian and pro-insurgents. Accordingly, flows of weapons operated by these actors presumably have different trajectories on the Ukrainian territory and also involve different networks. It is clear that all conflict actors (insurgents, paramilitaries, members of the Ukrainian army) have access to firearms and participate to smuggling as reported by different sources.

Illicit firearms trafficking routes do not necessarily represent linear movements from point A to point B, as data on seizures might seem to suggest at a first glance. Rather, routes follow more complex and fragmented trajectories that can only be partially traced by law enforcement. Data reported by SBU and other state agencies are partial. They depict only a small portion of trafficking patterns and frequently do not indicate the intended final destination of the firearms. Nonetheless, three main directions can be identified: intra-Ukraine trafficking, regional trafficking and trafficking to and from the EU.

By and large, trafficking within the borders of the country is related to the illicit movements to and from the Anti-Terrorist Operation (ATO) zone. Illicit weapons movements occurring outside of the ATO zone and apparently not related to the conflict have been documented as well. In the southern, southeastern and also western parts of the country there are important logistic hubs for criminal networks, such as Odessa, Dnipro, Kharkiv, Kyiv and Lviv.

At the regional level the bulk of arms trafficking comes from and moves towards the Russian Federation. Episodes of trafficking involving Transnistria and Belarus were also reported. The nature of this trafficking is marked by the variety of sources, routes and types of illicit firearms.

As it was mentioned above, recent internal armed conflicts were relevant to draw regional trafficking connections. Nonetheless, contradictory data on the presence of Serbian and Chechen fighters in the zone of conflict, fighting on both sides, pro-Ukrainian and pro-insurgents did not allow to grasp the relevance of these connections for regional illicit flows. Overall, the bulk of regional trafficking can be described in terms of small-scale movements of firearms in cars, buses or other vehicles. This modus operandi continues to represent an issue for the Ukrainian border service.

Trafficking to and from the EU has been less understood and explored until now than intra-Ukrainian and regional trafficking. In Ukraine there are several well-known hubs for cross-border smuggling of all kinds of products, including firearms. As mentioned earlier, Ukraine’s port city of Odessa is a key hub in the so-called ‘Black Sea Route’ for the trafficking of cocaine and heroin into the EU. The two border regions between Ukraine and Poland, Volyn and Lviv oblasts, are both known for their illicit networks, especially concerning amber illicit extraction and commercialization. The city of Lviv, the capital of the region, is notorious as a smuggling hub, especially for cigarettes and drug trafficking. According to official press reports since the outbreak of violence in Ukraine, firearms seizures at the Polish-Ukrainian border drastically increased. It remains unclear though whether seizures took place on the Ukrainian or Polish side of the border.

To conclude, the case of Ukraine is a striking example of the fluidity of concepts and categories such as conflict and non-conflict trafficking and the linkages between the two. While an increase in seizures does not necessarily indicate increased trafficking, considerable quantities and various types of firearms remain fairly accessible through illicit circuits in Ukraine.

While a high variety of trafficking actors and dynamics complicate the overall picture even further, and a real risk of further weapons proliferation to central and western parts of the country in the near future exists, to date there are still few registered cases of cross-border trafficking towards the EU.

This initial research has drawn a schematic but rich picture of the current situation concerning illicit arms trafficking in Ukraine. It has also allowed to reflect upon some questions that would need additional research. First, the supply of arms to paramilitary groups and the overall implications for the political trajectories of the country. Second, the variation over time of seizures carried out by SBU. Third, the possible trafficking connections between Transnistria, Crimea and the port of Odessa, especially after the annexation of the peninsula by the Russian Federation, represent a relevant loophole to date. Finally, to complete the overall picture would be important to analyze peripheral seizures carried out by local and regional police.

With thanks to the other SAFTE project authors, in particular Nils Duquet and Eric Woods. 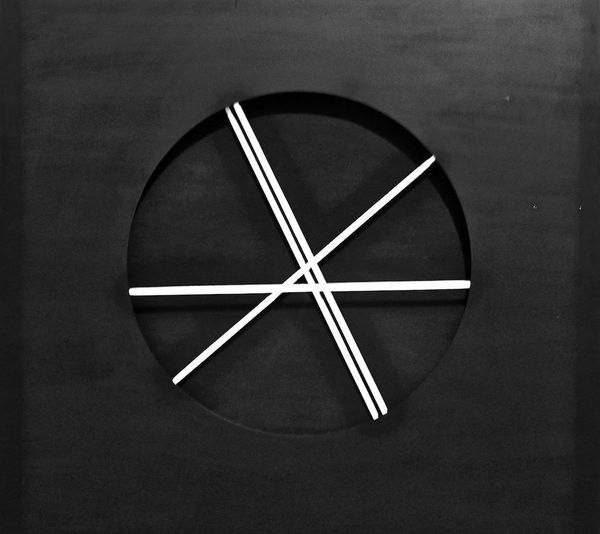 (CC) Pedro Ribeiro Simões What are the connections between scholarly knowledge production on security on the one hand and security expertise, policy-making and practices on the other? Under what conditions ⋙ 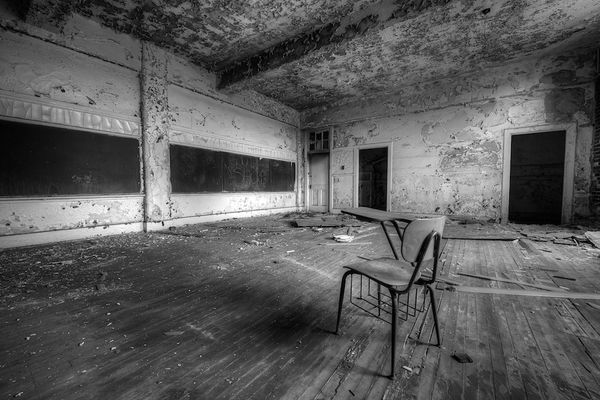