Field notes from the social protests in Kasserine.

Despite the imaginaries projected by mainstream media, the new wave of protests unfolding in Tunisia has little to do with political Islam. Social issues are instead at the heart of the ongoing revolutionary process.

[This post is an adaptation and translation into English of an article originally appeared in the website ‘Tunisia in Red’ on January 31st 2016, whose original title is “Per una informazione corretta sulla Tunisia.” The content has been agreed upon by the authors, and its publication here relaunches their call]

For long time mainstream media coverage has been depicting a stereotypical and biased image of the Middle East and North Africa (MENA region), particularly since the Arab ‘revolutions’ of 2011 and the intensification of the migratory flows in the Mediterranean area.

Exactly like Syria, Egypt, Palestine and other countries of the area, Tunisia has been negatively affected by a campaign of misinformation, which oversimplifies and manipulates this complex, constantly evolving reality.

The article “On the mountains of Tunisia the former youth of the revolution now dreams of the Caliphate”, written by Domenico Quirico and published by the Italian newspaper La Stampa on the 28th of January exemplifies perfectly, in our opinion, the misinformation and biased reading of the historical period the country is currently living. The journalist’s words seem to imply that the Tunisia revolution, the spark of hope of the Mediterranean region in 2011, has now taken a dark path, turning into a dreadful Islamic revolution with the city of Kasserine as its capital. Quirico describes the new leaders of the revolution as “bold long-bearded men whose words are sharper than swords”. In addition to that, Daesh propaganda is said to dominate the whole scene.

As citizens, representatives of associations, development workers, researchers working on and in Tunisia for many years, as well as in our capacity of journalists and experts of the MENA region, we feel compelled to offer the public opinion our point of view on Kasserine and Tunisia.

The social uprisings that have unfolded across the country, from South to North, in the past weeks, are part of the revolutionary process that originated 5 years ago, precisely in those same areas, systematically and deliberately marginalized by the central state of the capital and the touristic coastline. Only in 2015, Tunisia has witnessed 4,288 social protests, the majority of which had been ignored even by the national media.

The demands of the young (and less young) Tunisians who have been (re)occupying the public spaces in these days refer to socio-economic issues, urging to revise the existing development paradigm, which is responsible for the dramatic social and regional disparities and divides, but has never been questioned during these past years of democratic experimentation. The demonstrations and the sit-ins that have spread like wildfire in many regions of Tunisia call to take action against rampant corruption in the public administration and claim the right to work and dignity. These protests echo the uprisings of 2011, with their unheard demands, showing how people have detached from those political parties, associations and organized movements that have somehow been assimilated by the system.

The ongoing political transition is constantly praised by European media and institutions who had invested too much in this process to let it fail. Yet, this same transitional process has failed to address the expectations of those youth who fought for the fall of the regime. The same youth who have been warning against the counter-revolutionary and liberticidal drift of the transition process.

The signs were already clear in 2011were with the coalition government led by Ennahda, but the seizure of the revolution was officially legitimated between 2014 and 2015 by the government of the so-called ‘seculars’, which was largely applauded on the opposite shore of the Mediterranean.

After this “secular” government came into force, Tunisians have witnessed a significant introduction of liberticidal measures and the official restoration of the old system. For instance, this was the case for the draft law on economic reconciliation, aiming at clearing cases against civil servants and businessmen accused of corruption and other economic crimes committed before the revolution.

Meanwhile, the terrorist threat has expanded and exacerbated the tensions within the country, but a serious debate on the issue is absent. On the contrary, this threat has been instrumentalized to justify antidemocratic and oppressive laws.

Terrorism is primarily a threat to the population that challenges the security and protection system of the state. For example, the article cited mentions – without providing any background or context – the story of a young shepherd beheaded by a terrorist group in the governorate of Sidi Bouzid, one of the many emarginated and poor regions of the country whose population has been systematically neglected by the Tunisian authorities for years.

Moreover, it is extremely reductive and instrumental to affiliate all terrorist organizations based in Tunisia to Daesh. In this sense, it is worth restating that none of the terrorist attacks that have hit Tunisia so far have been claimed by Isis, with the exception of the last one in downtown Tunis, although the responsibility claim was never confirmed.

The terrorist phenomenon in Tunisia has strong socio-economic roots in the territory and rather intricate dynamics, intertwined with the long-standing repression of the Islamist movement. This is why it is extremely misleading to perpetuate a monolithic version of the Tunisian Islamist landscape and depict the territory of Kasserine to the ‘mountains of the Caliphate’.

It is true; the 2011 revolution in Tunisia has not yet achieved its objectives and given substantial freedom to its youth. Nevertheless, it has already left long-lasting traces. A multitude of local media outlets were created precisely because of the end of censorship and the opening to pluralism. Among these media, radios have played a leading role. Today, these radios are claiming their role as reliable and trustworthy sources of information and as a legitimate point of reference to build a new narrative of the country, both inside and outside its borders, and avoid commonplace simplifications and instrumental interpretations of reality.

We believe that the media should adopt a new perspective and engage themselves in a more critical analysis of these processes, going more into depth and accounting for the complexity of the phenomena at stake in a way that could help a wide audience better understand them. It is neither Kasserine’s nor the Tunisian people’s responsibility if the European media only remember Tunisia on rare occasions, usually for real or alleged cases of violence. In Kasserine the protests have been continuing for more than ten days now. Defying the curfew, men and women keep on gathering in public spaces to discuss about their rights, about work, and to denounce the exasperating level of corruption of the local institutions.

Finally, we are convinced of the necessity to call out those biased narratives that are deliberately aimed to spread fear and hate against the Arab world, Islam and migrants, generalizing and not contextualizing the political and social phenomena, as well as implicitly validating the clash between “us” and “them”, which, in our opinion”, must be firmly rejected.

This is an adaptation and translation into English of an article originally appeared in the website Tunisia in Red on January 31st 2016, whose original title is “Per una informazione corretta sulla Tunisia.” The content has been agreed with the authors, and its publication here relaunches their call. Photo credit (inline): Francesca Oggiano.

On Giulio Regeni's abduction and killing in Cairo. Giulio Regeni, Italian PhD student in development studies, University of Cambridge, has been found dead on February 3rd 2016, with evidence of ⋙ 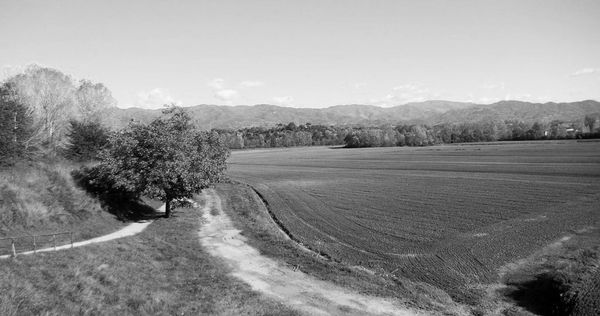 The fallacious nature of the Italian hosting system for migrants and asylum seekers. Micro-level, decentralised Accoglienza Diffusa is the predominant approach to the ‘management’ of the migratory flows from the ⋙