Turkey’s engagement in Africa has experienced a significant change in the last decade, most notably in North Africa. Turkey features a more assertive presence across the continent, not just as defence industry partner, but also as a diplomatic stakeholder and a relatively reliable business partner, especially in the infrastructure and construction domains. Turkey’s embassies in Africa have increased from 12 in 2009 to 43 in 2021. Bilateral trade has boomed from $5.4 billion in 2003 to $25.3 billion in 2020, and development aid from $85 million to $8.7 billion throughout the same time. The aid/GDP ratio is above the rate of average increase in OECD/DAC countries, according to OECD data.

Turkey is by its own admission being (at least partially) inspired by China’s model of aid to high-impact infrastructure building, which would explain its engagement in the construction of a number of multi-purpose stadiums in several countries, of airports in Dakar, Niamey and Karthoum, in the renovation or new construction of mosques in, among others, Algiers, Bamako (what has become the headquarters of the High Islamic Council, the country’s most powerful religious body), as well as in Djibouti City and in the city of Agadez, in northern Niger. Turkey has also contributed to the financing of new hospitals in Bamako and Niamey, and fielded mobile clinics in Malian towns such as Koulikoro and Sikasso. The Turkish International Cooperation and Development Agency (TIKA), alongside other Turkish charities and NGOs, have worked to improve access to Islamic education facilities or to water for people coming from rural areas in these two Sahelian countries. Ankara’s support for Somalis facing a devastating famine in 2011 brought the country a great deal of sympathy from the local populations, as they see favorably the advancement of relief and development project altogether.

Ankara’s engagement can be contextualized as part of a broader business-led strategy in search of new foreign markets by Turkish companies, in a convergence of interests with state elites and domestic politics. At the same time, business interests and the penetration of African markets cannot be analyzed separately from the broader multidimensional framework of engagement that also accounts for political and strategic interests.

The political use of the ‘Ottoman great past’ and of Islam

Politically, Turkey is leveraging on the legacies of its Ottoman past and adapting such narrative to North African partners’ interests and stances. In building relations with Algeria, for example, Turkey is engaged in celebrating the shared past centuries of naval victories across the Mediterranean, also achieved with the help of Ottoman corsairs of Algerian origins, such as Oruç Reïs (known as Baba Arroudj in Algeria) to whom in 2018 the Algerian Ministry of Culture and the Turkish Embassy inaugurated a celebrative monument. Many of the flagships of the Turkish fleet, namely of the Barbaros class of frigates, have names that are all linked to key figures of Ottoman Algeria (Barbaros Pasha, Kemal Reis, Oruç Reis and Salah Reis). The construction and inauguration of the Great Ketchaoua Mosque in Algiers in 2018 was a further symbol of this bridging through shared history. This strategy is even more acute in Libya, where a traditional Turkish-Libyan community is settled in the port city of Misrata and where two-thirds of the city inhabitants claim an alleged Turkish heritage. Tripoli is also where the tomb of Turgut Reis, the Ottoman fleet commander killed and martyred during the siege of Malta in 1565, is located, and a large mosque is named after him. The discourse underpinning Ankara’s military intervention in Libya since January 2020 has been further strengthened by narratives around a moral edge and a historical responsibility to defend peace and stability in a country having “inextricable connections with the Turkish past and present”, as declared by Erdogan himself. In other occasions the President stated that “the road to peace in Libya goes through Turkey”, making thus extensive use of fraternity and kinship rhetoric and formulations. As far as Tunisia is concerned, noteworthy is that Ankara considers Tunisia as a “Little Turkey” with reference to its Ottoman past. After secular parties became more prominent in Tunisian politics following the 2014 elections, some policy adjustments were adopted that consisted of developing a balanced network of relations by reaching out to secular parties on the one hand, but retaining close ties with the Islamist Ennahda party on the other. All this is part of a broader intent to use Islam as a political tool, emphasizing religious affiliation in international relations, which explains, for example, the rapprochement with distant Indonesia and the charities carried out in Africa, while politically repositioning to counterbalance with other more secularist regional actors. For instance, while trying to repair relations with Gulf countries, Egypt and Israel, Ankara is not ready to give up on its complex and multilayered relations with the Muslim Brotherhood across the region. The several Yunus Emre cultural centres and the Maarif educational foundation, which is present in 31 African countries, are part of this endeavour. In the aftermath of the 15 July 2016 putsch that tried to overthrow Erdogan, these cultural poles have taken over several schools of excellence formerly run by the Gülen brotherhood.

At least since 2015, Turkey has also become a rising power in the defence industry. Defense agreements were concluded with Tunisia, Niger, Somalia, Nigeria, Mali, Mauritania, Ghana, Tanzania, Cameroon, Morocco and Ethiopia. These agreements differ from country to country, but overall they provide for military and technical cooperation and in some cases for technology transfer. Turkey’s largest overseas military base and port is located in Mogadishu, a city that Ankara considers strategic not only to the projecting of its military power the major junctions of the Red Sea and the Indian Ocean, as well as to its counter-piracy efforts led by NATO operations across the area.

Focusing on North African partners, the Libyan case is not just an outstanding one as a target of cultural diplomacy, but clearly also militarily, not least because of its direct involvement in the conflict which also saw the Turkish private military company SADAT involved in training Libyan Government of National Accord (GNA) –aligned militias and Syrian fighters present in Libya. Another particularly revealing case but usually less in the limelight is the military deal signed in 2017 with Tunisia, that broke the fifty years-long exclusive market accession preference reserved to French and American military industries. The deal includes the training of Tunisian military personnel, mainly on Turkish soil, and an arrangement on investments for the import of Turkish military equipment. In 2021, a new deal worth no less than 150 million dollars was concluded through interest-free loans for the purchase of Turkish military equipment. Morocco and Algeria’s armament markets – among the biggest in Africa – are among main destinations for Turkish TAI Anka drones and other advanced military equipment. Morocco is also buying a considerable number of most well-known Bayraktar TB2 drones amidst growing tensions in Western Sahara and with Algeria. Another pillar of the Turkish foreign and security policy is the ‘Mavi Vatan’ (‘Blue Homeland’) naval doctrine, which provided a formal basis for the agreement establishing a common maritime border signed with the Libyan GNA in November 2019.

Turkey is attempting to create a new image for itself in international affairs, using both its soft and hard power to prove that it can be an asset to the 21st century world order. As such, the world is witnessing a more assertive Turkey in African and especially North African politics, which it considers part of its Mediterranean living space. Such a resolute repositioning should not persuade analysists to believe unquestioningly that Ankara is giving up with its Kemalist tradition and loosening its ties with the West. Ankara has promptly cooled down its tones and showed conciliatory postures with Eastern Mediterranean neighbors when tensions were peaking. Furthermore, some of its NATO allies see its expansive policies as a real opportunity for the Atlantic Alliance to counter Moscow’s presence on the African continent. Washington, in particular, is closely monitoring the relationship between Ankara and Moscow in Africa, and seems to see favorably the establishment of Turkish military bases in Libya. Washington seems cautious about Ankara’s assertiveness especially in the field of arms sales, and the impact on markets of the sale of advanced technological components of TB2 drones, which obliquely forces Ankara to resort to complex legal and logistic assemblages to ensure the influx into the market. At the same time, against a background of increasing centrifugal pushes in a more and more multipolar world, the U.S. watch carefully at the possibility that Turkey creates a sort of “spoiling game” against China and Russia in the region, provided that the promotion of technologies and doctrine-based models do not hamper American interests across the region. If its engagement in different military and conflict scenarios is rising concerns, in more pragmatic terms Turkish venture as development donor has been judged positively by many African partners. Turkey avoids being preachy, does not resort to ‘modernization’ rhetorics and proposes ‘African solutions’ leveraging on a shared common history. Although Ankara has sought to appeal to religious and political elites to push forward its own agendas, its widespread network of charities and cultural poles is largely believed to contribute addressing the concrete needs of struggling populations across Africa. Whether Turkish-African engagement will be a “win-win” solution is still a big question mark (and doubts are rightly being raised), but it mostly seems that these forms of engagement have been accurately balanced not to cause tensions with NATO allies, in particular Washington. Neither it is accurate to describe them merely as a goal of boosting the prospects of Islamist groups or as raw desire to increase geopolitical influence. Net of – albeit bewitching – nationalist rethorics, the rationale guiding Turkey’s foreign policy in Africa looks more like the result of a complex balancing act between pragmatism, internal drives towards new markets and the desire for repositioning in a multipolar world.

* The text is a revisited and shorter version of an article published in French by Rosa Luxembourg Foundation – North Africa Office and available at: https://rosaluxna.org/fr/publications/diplomates-espions-et-vendeurs-darmes-le-grand-jeu-de-la-turquie-en-afrique-du-nord/

* Akram Kharief is Peace and Security program manager at the Rosa Luxemburg Foundation’s North Africa Office. He published for, among others, Middle East Eye, Jeune Afrique, Al Jazeera and is co-founder of MENA Defense.

Erdoğan, Recep Tayyip, ‘The Road to peace in Libya goes through Turkey’, Politico, published on 18 January 2020, available at: https://www.politico.eu/article/road-to-peace-in-libya-goes-through-turkey-khalifa-haftar/ 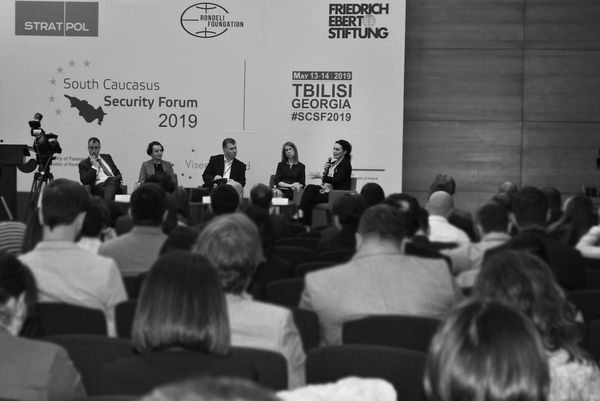 In Tbilisi, the think-tank experts, NGO directors, and other civil society actors who spend their working days debating Georgia’s foreign policy and drafting grant proposals on confidence-building or security ⋙ 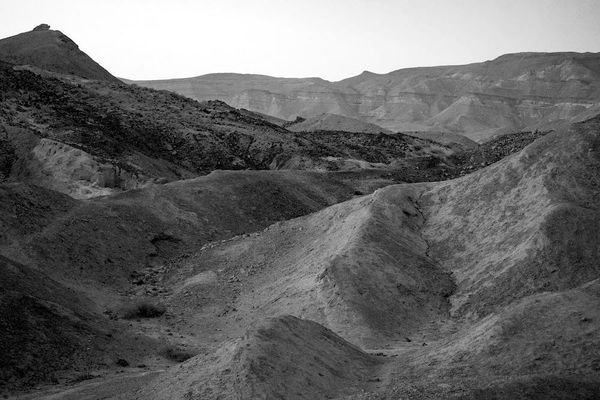 Protests erupted in southern Israel’s Negev region in mid-January 2022. Bedouin residents revolted against the Jewish tree-planting tradition of Tu-Bishvat. The event was organised by the Jewish National Fund ⋙