On 19 January 2022, Boğaziçi University’s elected deans of three faculties (Özlem Berk Albachten, Faculty of Arts and Sciences; R. Metin Ercan, Faculty of Economics and Administrative Sciences; and Yasemin Bayyurt, Faculty of Education) woke up finding an email in their inbox saying that they were discharged from their position as deans. The notification arrived from YÖK (Council of Higher Education). The Rector’s office had complained to YÖK that three deans do not give disciplinary punishments, as the rector had wanted them to, to the students who protest. YÖK approved this demand and removed them from their tasks. The three deans take part in the protests organised by academics in the campus in order to defend an autonomous university and democratic election within the university.

And this is what I know:
That all these walls oppression builds
Will have to go!
– Langston Hughes, I look at the world

For democracy and democratic participation academic freedom is one of the important elements to be protected. A key pillar of higher education, academic freedom continues to be at risk in the authoritarian Turkey. Since 4 January 2021, Boğaziçi University has continued its resistance against the Turkish neo-liberal authoritarian regime. For more than a year, the academics along with the students find themselves in a chaotic nightmare that started with and continues due to the top-down politically imposed appointments of trustee rectors.

The first trustee rector, Melih Bulu, was appointed as the rector of Boğaziçi University by a midnight-presidential decree on 1 January 2021 and immediately after the appointment, the students and the academics demonstrated their concern and preoccupation for the country’ democracy and for university’s autonomy. Since then, they did neither accept nor give up demanding a democratically elected rector and democratic and autonomous system in their university, by using the exact slogan: “We don’t accept, we don’t give up”. Due to the pressure created by continuous protests, Prof. Melih Bulu was eventually removed from his position as rector in the same way as he was placed there, that is by a presidential decree.

In the nomination process that followed, initiated by YÖK (Council of Higher Education), among 19 candidates there was also Naci Inci who accepted to be vice-president of Melih Bulu. The irony is that Inci was one of the only two academics among the 19 who were rejected from the faculty members in the “vote of confidence”, more specifically, he was rejected by 95 percent of the voting members. Despite the fact that academics refuted Inci as a rector, Inci was appointed regardless of the decision taken by academics. Academics of Boğaziçi University, who reacted to Inci’s appointment as the rector of the university, stated that the will of the university was disregarded and that “this mistake” should be reversed as soon as possible.

Mine Eder, among the candidates, claimed that it is impossible to believe that one person still wants to stay in a position despite 95 percent of academics saying that they do not want to work with him. She added that “I feel like we’re under occupation.” She also pointed out that “he [Inci] does not accept the horizontal management model. He operates with a chain of command.” Refusing to swear allegiance to President Recep Tayyip Erdoğan’s authoritarianism, academics of Boğaziçi University clarify why they are insisting to refuse to be loyal to the anti-democratic implementation and execution of rector as follows: firstly, Naci Inci was not able to receive more than 90 percent of the votes during the confidence vote held by Boğaziçi University faculty members; secondly, he unlawfully and arbitrarily terminated the courses of Can Candan and Feyzi Erçin and CİTOK Coordinator Cemre Baytok; thirdly, in the same period, İnci ignored procedures, rules and legal regulations in decision-making processes within the university; he simply violated and continues to violate the will of boards such as the department, faculty, university administrative board and senate. Against these unlawful practices, nearly 100 of academics filed various lawsuits and filed criminal complaints, including the crime of “abuse of office”; lastly, he put and continues to put the students under pressure with unfair and unlawful disciplinary investigations.

While there has been several times dozens of arrests, detention, and releases during the 2021, two students of Boğaziçi University, Berke Gök and Caner Perit Özen, were  in prison since 6 October 2021. They were among the students who attended the protests against the appointed rector Naci Inci on the campus. The indictment was issued by the Public Prosecutor of Istanbul for a total of 14 students of Boğaziçi who are accused of “participating in illegal meetings and marches unarmed”, “not dispersing spontaneously despite a warning,” “resisting for preventing duty,” “hijacking or detaining land transport vehicles.” The indictment which was sent to the Istanbul Criminal Court of First Instance demanded that 14 students be punished with prison sentences. 14 students appeared in court on Januarty 7, 2022. The court released Caner Perit Ozen and Enis Berke Gok on the condition of a judicial control once a week and a ban on leaving the country. The court decided that the signing obligations of 12 students who were on the trial pending will be lifted and the ban on going abroad will continue. At the 2021-2022 Higher Education Academic Year Opening Ceremony (on 5 October 2021), once more, the president Erdoğan called the students of Boğaziçi who protested the appointed rector, terrorists.

Given their refusal to be loyal to Erdoğan, Boğaziçi is occupied by him and his followers, who dream of establishing an authoritarian mechanism in literally every part of the internal governance of the institution. Academics at the forefront of protests have been sacked and banned from entering the campus for free and were unable to continue their open seminars. Students clubs have been shut down. Police forces and courts have been used to suppress the defiance amid peaceful resistance of students, faculty, workers and alumni who have been every day united in solidarity. Besides this exemplary on-the-ground everyday resistance, international solidarity in support of Boğaziçi University for its just struggle remains crucial. Therefore, the academics and students of Boğaziçi University have explicitly asked for support from the higher education institutions and research centers worldwide in its endeavor for democratic governance and academic freedom in Turkey. More specifically, the Boğaziçi University International Community (BOYUT), which was established to ensure the withdrawal of political appointments within Boğaziçi University on 2 Jan 2021, issued a statement in its struggle for academic freedoms, university autonomy, and the basic rights of students, where they made a call for action:

Boğaziçi University has been unyielding in its resistance and calls for international solidarity in its endeavour for democratic governance and academic freedom in a country under threat of an authoritarian regime. This expression of solidarity can be a statement of support for us to publish, a letter to other institutions, a post in social media with the hashtag: #SolidarityWithBogaziciResistance.” 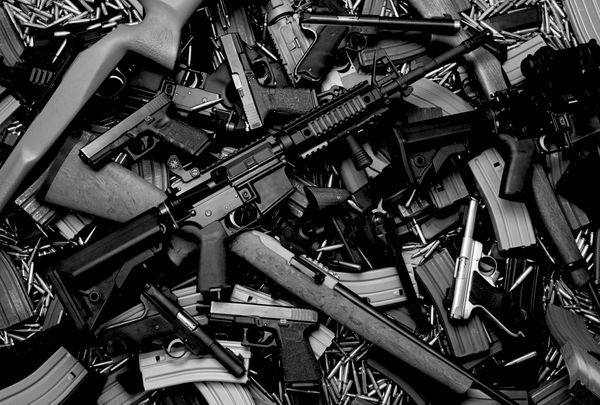 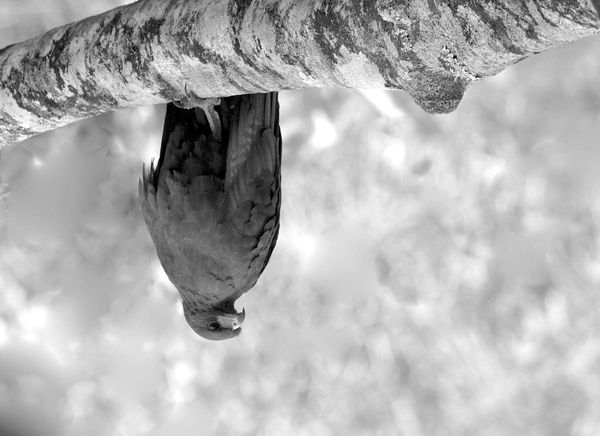 The inauguration of the Biden presidency in January 2021 was filled with high hopes with respect to a renewal of the US security policy in Africa. Observers and analysts envisaged ⋙