Contracting security governmental functions and services to private consultancies is not (only) putting old wine in new bottles: it paves the way to a proxy form of sovereignty which is not only private but also technical. Sovereign decisions are deployed according to actuarial calculations about the riskiness of individuals. This social sorting is carried out not by tacking threats, but through what Louise Amoore terms the ‘imaginative calculation of the possibility’ by security agents who promise to make the future securable.

On March 18-19 the 8th Border Security Expo will be held in Phoenix, Arizona, bringing together ‘high-level decision-makers’ from 37 states and 14 countries, along with companies offering solutions for public security and safety, intelligence services, command and control systems, border enforcement, surveillance, biometrics, etc. The Conference/Expo’s corporate sponsor is Raytheon, a U.S. company which was contracted by the UK government with the management of the project ‘e-Borders’, alongside with the other members of the consortium Trusted Borders, namely Serco, Detica, Accenture, and Qinetiq. This instance of outsourcing ‘homeland security affairs’ to consulting firms is a starting point for Louise Amoore to offer a reflection on new practices of sovereignty and the making of sovereign decisions.[1] One can easily detect an actual tendency to contract governmental functions related to internal security to corporations that operate according to commercial logics. The book devotes several page to the role of consulting in the provision of border security. This read led me to further explore the world of consultancies dealing with (aka ‘selling’) ‘homeland security products’, including business that some consultancies are making out of police reforms, technically referred to as ‘technological revolution in policing’.[2] For example, PA Consulting Group, Police Foundation, Juice Advisory and Bird & Bird have formed a consortium that provides consulting services to UK Police and Crime Commissioners (‘PA works with police forces to support organisational design and business modeling’);[3] at the same time, Accenture is developing a new national crime management system for the Norwegian National Police Directorate.[4] 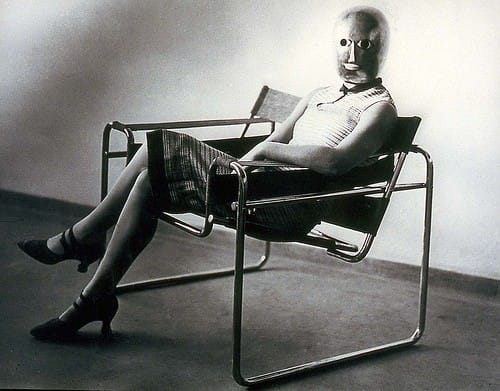 In the past I was fascinated by the rise of the ‘crimefare state’ – i.e., a state characterized by the militarization of policing and the domestication of soldiering,5 and by the idea that policing belongs to purview of the sovereign, to believes that the participation of consultancies in police reforms will be limited to improve the effectiveness of police’s tools of investigation, law enforcement and prosecution. The stated mission of PA Consulting Group, when it comes to the homeland security industry, is to meet the demand from citizens for visible policing – as if police has to show off its results according to the marketing logics of customer’s satisfaction.

From the involvement of statisticians, accountants, actuaries into security practices (as security providers) to their transformation into sovereignty agents is just a short step away, one step which might lead to a critical shift from thinking about the collectivity in terms of clientele rather than citizenship. The decoupling between what is connected to national interest and thus pertains to the sphere of action of the state, and what is public, is already underway; thus the complexity of defining security along an internal-external continuum is further teased out by the borderless partition of competences between public and private actors. In other words, Didier Bigo’s Möbius ribbons6 become multiply-crossed by a multiplicity of hybrid agents, whose goal is to make sovereign decision, i.e. the management of exception, clean, smart, and impartial. The politics of possibility actually empties sovereign decisions, delegating them to insurance, information and technology industries. Contracting governmental functions and services to consultancies is not (only) about old wine in new bottles: it goes beyond governments’ reliance on technocratic rule, in the name of a supposed experts’ objectivity. On the other hand, this trend cannot be dismissed as simply a new frontier of privatization of military security. In fact, the politics of possibility has a crucial impact on the ontology of the public, paving the way to a proxy form of sovereignty which is not only private but also technical. Sovereign decisions are deployed according to actuarial calculations about the riskiness of individuals: so that the priority is not to assess the criticality of the threat but to measure the factors of risks virtually incidental to each person. This social sorting is carried out through what Louise Amoore terms the ‘imaginative calculation of the possibility’ which securitizes low-probability-high-consequence scenarios. The referent object of security is the future, while the aim of security agents is to make future securable:

Uncertainty about the future is no longer posed as an impediment to action, but precisely as a spur to new forms of security calculation and decision that make uncertainty the very basis of action.7

The replacement of political judgment with mathematical computation smooth the legitimation of pre-emptive internal security strategies – and the source of legitimacy exactly lies in the automatism of policy-making. The mechanical, de-politicized, and de-humanized process of policy-making revolves around the fetishism for data. The latter might be even endowed with an own agency, in spite of the fact that their fragmentation reproduce a condition apparently to escape from, and for which the whole politics of possibility seems to be put in to play: partiality – probably the quintessence of politics. 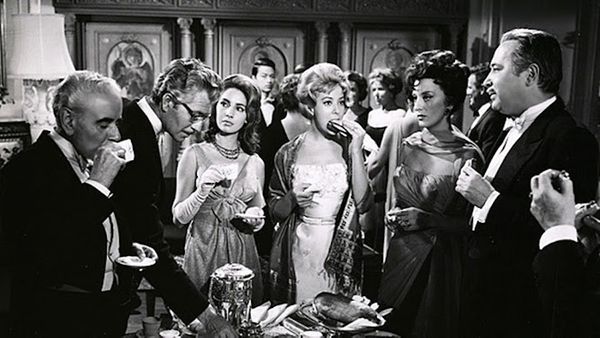 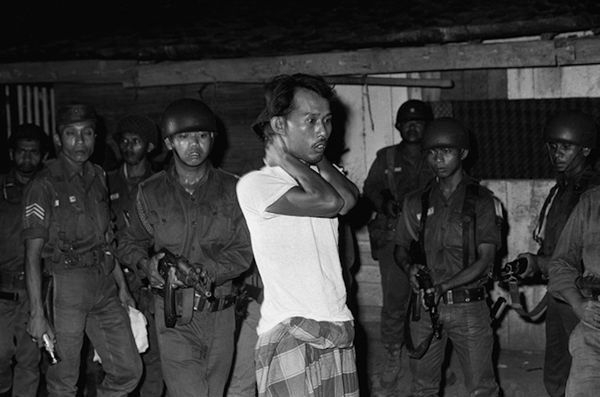 The Oscar-nominated movie by Joshua Oppenheimer puts on stage the psychoanalysis of a genocide. When I finally exited from the cinema I was nearly throwing up. I couldn’t stand, ⋙