Second part of the interview with more questions on practices of counter-terrorism in Spain and some final comments on the coronavirus epidemic [back to part one].

AM: Welcome back, Dr Fernández, and thank you again for sharing your views with us. Going back to our previous conversation, I now wanted to ask you what does it mean to study counter-terrorism in Spain? Can you tell us something more about the Spanish experience, being this a very specific country and context to study counter-terrorism?  What are the peculiarities of the Spanish case?

We can look at counterterrorism as a globalizing force.  It is a topic and a problem for which there is a global paradigm of diagnosis and solution; a set of worldviews about terrorism and responses to terrorism that has been ‘under construction’ since the end of the Cold War. In the last three decades, it has been fixed in global institutions (as you have elegantly demonstrated in your dissertation!)  by the force and the will – this is important to understand its globalization – of very powerful western states.

However, as paradigms and ‘recipes’ on how to deal with terrorism circulate globally and are transposed from one country to another, they ‘land’ and have to adapt to very different cultural/socio-political context. The Spanish case is a very relevant one to examine this process. The reason lies in the enduring legacies of the fight of the Spanish state – and society – against the Basque nationalist organization ETA, responsible for more than 800 deaths in its 50 years of life.  While Spanish counterterrorism was sophisticating against ETA and law enforcement and criminal justice apparatus benefited from a sustained mobilization across civil society to delegitimize ETA and radical nationalism, a ‘new’ global context was changing and a new general ‘mindset’ in the way we combat terrorism was unveiling. This happened from 2000 on. In this context, the process of ending ETA was influenced by a new context of global depolitisation and delegitimation of terrorism. It was not only a movement from the global to the local (a top-down transposition), but a bidirectional movement as Spanish governments placed counterterrorism at the centre of their foreign policy agenda. Also organized civil society projected their claim and narratives of the problem of terrorism to international audiences.

And still, studying counterterrorism or, say, the politics of counterterrorism in Spain is difficult to the extent that it is a very sensitive topic and the field is pretty much securitized. We cannot forget that ETA assassinated more than 800 people during its campaign and that most of them were killed well after the democratic rule was established in the country. I myself grew up and was socialized as ETA was killing and this organization only very recently put arms down (2011). As a consequence, we don’t have enough historical distance as to navigate the boundaries of what is ethical /political when it comes to research and publish, or even to circumvent the current debates on what is extremism.

AM. What is new in Spanish counter-terrorism and discourses of security? And what is inherited from the past?

LFM: As the previously mentioned process unveiled, certain elements of the dominant worldview of global counterterrorism entered the Spanish CT discourse too: anticipation, radicalization, resilience. Some others were ‘reinvented’ such as the role of victims as paramount actors in the societal efforts to counterterrorism. I would say that there are many ‘lessons learned’ that are being transposed to contemporary CVE programmes, such as the paramount role of victims or the societal contribution to the politics of delegitmation.

AM. What can the Spanish case teach us at a more international and/or theoretical level?

I would say that the Spanish case is especially interesting to understand CT for many reasons. It shows how the dynamics of terrorism/counterterrorism change over time. ETA emerged in a very different context, both national and international. It emerged at the end of a fascist dictatorship and in the context of the international diffusion of many forms of organized violence in the 1970s. But it ended in the context of a consolidated democracy, in a well established western regime of human rights and in the context of the diffusion of widespread forms jihadist-inspired violence. The end of the organization coincided with the emergence and diffusion of CVE programmes across the globe and a quiet different CT culture more generally. So legacies of past CT and recent innovations are especially visible in this case. It is a case that shows the importance of long term analysis that accounts for the forces of the global and the specificities of local factors.

AM. You are currently part of a national research project called "Security Culture" which brings together a network of Spanish scholars. Can I ask what is the "security culture"?

LFM: According to security experts and policymakers in Spain, ‘security culture’, ‘defence culture’ or ‘security consciousness is very weak in Spain and should be stronger as part of the political culture more broadly. In this official narrative, Spanish society is not fully aware of the many issues that threaten our security and consequently, awareness is needed to activate co-responsibility (in the form of taxes/expenditure and other forms of implication). As the story goes, this should be a priority for National Security because being aware of risks and threats and being aware of duties as citizens is a major part of political culture. Simplifying a little bit, the questions is this:  according to Polls, Spaniard’s appreciation of Armed Force (for instance) is very high. However, when it comes to questions such as ‘would you serve’ the point is quite different.

We start from a quite different conception of political culture and citizenship. As an ingredient of political culture, security culture is much, much more than ‘knowledge’ or ‘awareness’ of National Security threats. It contains symbolic universes and representations about the threats to social life; about who has to protect us from what, who we include in the ‘we’, how do we conceive right and duties when it comes to security. But beyond how we think about these issues, culture is much more than a mindset. It is shaped by experiences (encounters with authorities, experiences with security agencies, experiences in situations that we perceive as dangerous, experiences in the exercise of rights and duties...).

As such, security culture would be the result, among other things, of the convergence between ‘discourses from above’ (official) and ‘experiences from below’ always mediated by public and media sphere.  And we may not forget that the ways we think about politics or security, our experiences with security issues, the things we consider threats or associate with insecurity,  or the expectations we pose on our governments about how they may provide security is dependent on different positions in society. So, let us keep in mind that security policies do not happen in a vacuum, but are embedded in specific societies.

In sum, our research explores three things: 1) official policies and discourses of national security, 2) public sphere discourses as combining the official with resistance from bellow, 3) lay citizens perceptions and experiences with security issues.

AM. What are the aims of studying the "culture of security"? Why is important to study the security culture?

LFM: Security is a major (sometimes not very visible) source in the political contract, in the exchange state/citizens. Since contractual theories of the State from Hobbes on, different political formulas of authority have been based on this idea of exchange. What is interesting from a sociological standpoint is that what security was and what protection meant and for whom (who provides, who is entitled to), has been variable across time and space. So it is basic for our understanding of contemporary forms of citizenship and contemporary forms of state power to approach this nexus.

In a word very much concerned with security issues, we need to get an in-depth knowledge of what states are asking citizens for in relation to what security problems; how citizens in different positions of the social structure experience these expectations.

It is still early to draw lessons from the Coronavirus crisis. However, one of the most interesting things of the present situation that it is a global challenge in which responses are to be cooperative because ‘the world is global’.  But to my view, those ‘global problems’ end up landing in specific societies and being managed by specific states. States are calling their national citizens for corresponsability. Last week, the  Italian PM Giuseppe Conte called for individual sacrifices for public security. In the same vein, Spanish President P. Sanchez, addressing the press in the evening of March 10th (2020) called Spaniards to co-participate in the containment of the epidemic by pledging to civic duty.

Now, do we believe this is a matter of public/national security? How are citizens to respond? Do all of them envision this as a matter of civic duty in the same way? Are all of them in the same conditions to collaborate and ‘follow the rules’? Are they all being affected equally by this threat? And by the responses to this threat? Where do specific citizens draw the line between rights and duties in this specific issue? It is not only that authorities deploy resources to raise awareness. Messages from above will end up citizens that are diverse and that suffer many forms of inequalities.

While security agendas have been overloaded in the last decades with issues of terrorism, crime, weapons of mass destruction and the so, for which strong control and preventive measures have been developed, health issues, such as global pandemics, have not so much, at least in public debates. Now, how are states across the globe prepared to face this challenge? If we are looking to Spain, did we ever have a public conversation about Public Heath as a security issue? Did we devote so much public talk and public resources to prepare for this situation?

The content of what we include in ‘security’ is very much contextual. Whatever we include on it, it will shape the way states and their citizens interact. So, we need to explore what exactly do different citizens understand, value, expect and experience when they are in front of security dilemmas. But, also, how official narratives highlight specific sources of threat, and not others, shaping what is included in the co-responsibility exchange.

AM: Thank you, Dr Fernández, for your time, it’s been an interesting conversation. I am sure many will find this reflection interesting and I hope this interdisciplinary dialogue between IR and other fields will continue and grow.

Go back to part one 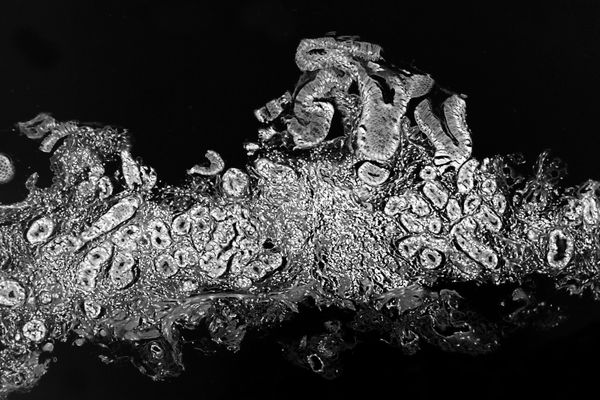 The virus has become the widespread metaphor for all of our nightmares – Roberto Esposito, Terms of the Political, 2008 While not unexpected, the coronavirus pandemic has taken the whole world ⋙ 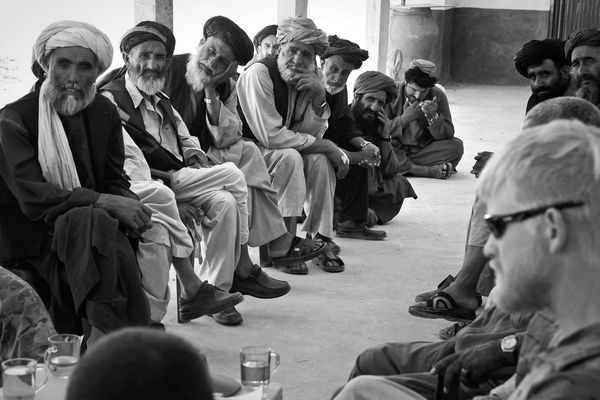 Although in the last decades improvements have been done, International Relations still tends to be a closed discipline. While constructivist and critical approaches in the field have raised and highlighted ⋙