On March 4, loyalist paramilitary forces sent a letter to the British Prime Minister Boris Johnson and the Taoiseach Micheál Martin declaring they would be no longer supporting the Good Friday Agreement that concluded The Troubles in 1998. In protest to the Brexit-related Northern Ireland Protocol and the subsequent imposition of a sea border between Northern Ireland and the UK, this decision perfectly depicts the latent tensions of an area that has only apparently concluded its peaceful transition. Since next summer marks the centenary of Northern Ireland, it is now time to think about the future of a region that was just an afterthought during the Brexit campaign and paid the highest price for it.

In Northern Ireland, the “Remain” camp obtained a solid 55.8 percent in the 2016 referendum, showing similarity with the public opinion of Scotland but an ideological distance from the rest of the UK. The referendum seemed to crystallise and possibly worsen the tensions between the self-described Unionists and the self-described Nationalists, even though the Unionist community was much more divided in the vote than the Nationalist one.

Sectarianism has always characterised politics and social life in Northern Ireland: the Good Friday Agreement (GFA) allowed to contain tensions between the two double-minorities (while Protestants, most of whom define themselves as Unionists, are a minority in Éire, Catholics – for the majority Republicans – are the minority in Northern Ireland) through consociational institutions. For a long time, the Belfast Agreement was seen as a perfectly functioning example of consociationalism, meaning a power-sharing model of conflict resolution. Sustainable peace seemed to have been reached through an open dialogue between the political élites of salient ethnonational groups, and results were evident: hardliners from both minorities gave up the use of force in the name of political representation. The idea behind Irish consociationalism was to build trust at the élite level, in order to erode ethnic cleavages from a top-down approach. Nevertheless, the challenges posed by the peace process revealed the lights and shadows of the model adopted in 1998.

The characteristics of classical consociational models were adapted to the peculiar Northern Irish arena: The Troubles had not simply represented a sectarian conflict, but had also involved as main actors the British and Irish governments. Their role was acknowledged in the three strands included in the GFA. Strand One imposed power-sharing institutions, particularly the Northern Ireland Assembly (Stormont) and the executive led by the figures of the First Minister and Deputy First Minister. Strand Two designed cooperative bodies to facilitate dialogue between Belfast and Dublin, while Strand Three shaped institutional links between Britain and Ireland.

The most evident failure of the GFA was its inability to depoliticise ethnicity. In Northern Ireland, political roles and seats in the parliament are not reserved for Unionists or Nationalists, and individuals can vote outside their ethnic blocs. This provision was crafted in order to allow a complete disappearance of minority blocs within politics, from the moment in which voters decided to support parties disregarding their ethnic-religious membership. Despite this arrangement, in the immediate aftermath of the GFA entry into force, centrist parties proved unable to attract votes from their ethnonational blocs, causing a centrifugal effect of support for hardliners: Sinn Féin, that had been in the past the political wing of the Provisional IRA, and the Democratic Unionist Party (DUP), a right-wing party known for its campaigns against the Belfast Agreement.

While Sinn Féin and the DUP embraced moderate behaviour, the weakness of other parties revealed the true nature of a society dominated by zero-sum ethnonationalist politics. This inherent tension is exemplified by the right of constitutional veto given to Unionists and Nationalists in the Assembly and Executive for key votes: considered a tool to safeguard the interests of each community, it ended up becoming a deterrence instrument to undermine the other’s wishes. The number of petitions of concern used to veto reforms between 2011-2016 is worrying. In particular, the petition of concern deployed by the DUP in 2015 against same-sex marriage exposed another limit of consociationalism: the exclusion of social groups from the power-sharing structure – sexual minorities being just one example – caused a reduction of the political space dedicated to non-sectarian blocs. The inevitable consequence was the side-lining of social reforms in favour of such groups. In a few words, the consociational model of the GFA did not manage to dissolve hostilities or to produce a soothing political effect, but rather it institutionalised sectarianism, creating an unstable and divisive political environment.

The relative stability was shaken in 2016, marking a peak in distrust between blocs. The Republicans saw the decision of the DUP to support the “Leave” campaign as a way to copper-fasten integration with the UK and make a future, and more solid, north-south integration impossible. On the contrary, the Loyalist bloc accused the Sinn Féin of trying to exploit the economic and social tensions of the post-vote in order to put the Irish reunification on the political agenda. The Brexit referendum of June was followed in December by the Renewable Heat Incentive (RHI) scandal, which increasingly polarised the political environment, while causing an impasse between the leaders of the DUP and the Sinn Féin. Arlene Foster, head of the department that set up the RHI scheme, was asked to resign; after the DUP refusal, Sinn Féin’s Deputy First Minister Martin McGuiness resigned in protest, causing the collapse of the power-sharing executive in 2017. Parties would return to Stormont just in January 2020, three years after the “Cash for Ash” scandal.

Apart from consociationalism, another pillar of the GFA is Europeanisation, meaning that the architecture of the Belfast Agreement was seen in 1998 as dependent upon European integration. First of all, the fact that the United Kingdom and the Republic of Ireland were already EU member states facilitated the design of North-South institutions with the aim to engage with European programs and resources. Funding programs for peacebuilding and reconciliation, renewed on a regular basis since 1995, are the prime example. Secondly, the GFA adopted the EU’s approach to territorial dispute solution. According to this model, the territorial status quo is preserved, which means that states should revoke irredentist claims; they should also promote the rights of minorities under their jurisdiction. This approach required Éire to accept North-South institutions and revoke its constitutional claim over the land of Northern Ireland, while UK engaged in minority rights protection. Overall, the absence of any hard border between the North and the South, guaranteed by the Irish and British membership of the EU’s single market, and the GFA provision that gives the Secretary of State of Northern Ireland power to call a referendum on Irish unity, facilitated coexistence. This arrangement made the border on the island virtually invisible and placated Irish Nationalism by creating a unique community, no longer symbolically divided. It is evident how Brexit torpedoed the future sustainability of the GFA and its intricate arrangements between communities. Sinn Féin has defined Brexit as “the most serious threat in the history of the peace process”.

What actually emerged from the vote and the negotiation of the Northern Ireland Protocol was a complete lack of sensitivity towards the unique Irish narrative. With a collapsed Assembly, Northern Ireland found itself incapable of having a structured discussion on a withdrawal agreement acceptable for all parties. At the same time, the UK, through its sole focus on the concept of “recaptured sovereignty”, seemed to take into account the complex Irish conundrum only after the vote: concerns regarding the future implications for the border, the trading system, the peace process and the current EU funding program were not perceived from the beginning as a priority in Westminster. As a result, the Withdrawal Agreement avoided any potential North-South tension but hardened the East-West economic border, proving that Brexit was for Great Britain a mere domestic political matter.

According to the Protocol, Northern Ireland remains formally in the UK’s customs territory, but it is separated from the UK through a regulatory border in the Irish Sea, since it has to observe EU customs rules and align itself with EU single market provisions. The Protocol prevents the imposition of a hard border on the island while placing a border in the Irish Sea; this solution materialises the biggest fear of the Unionist community: it requires Northern Ireland to be treated differently from the rest of the UK and it causes a de facto economic unification of Ireland, reinvigorating the Nationalist cause. In February, growing opposition over the Protocol manifested itself in graffiti located in Loyalist areas of Northern Ireland. Menacing behaviours and concerns for staff safety caused the suspension of checks on animal and food products at Larne and Belfast ports, two of the Border Control Posts that appeared in Northern Ireland at the end of the Brexit transition in January.

Widespread dissatisfaction with the current situation and ethnonational divisions may reopen old wounds in the following months, reaching a peak during the events for the centenary anniversary of Northern Ireland. The failure of the deterrence coalition shook the very basis of the complex system of check and balances that keeps together the Irish and British identities, while the abuse of the veto power constantly causes highly destabilising mini-crises. The fragility of a system that has not yet concluded its passage to social peace can collapse and cause an Ulster war of attrition: suspicion in each community is mounting, given that both perceive themselves as losers and no mutual gain is obtainable in the near future.

[Continue reading the second part of this report] 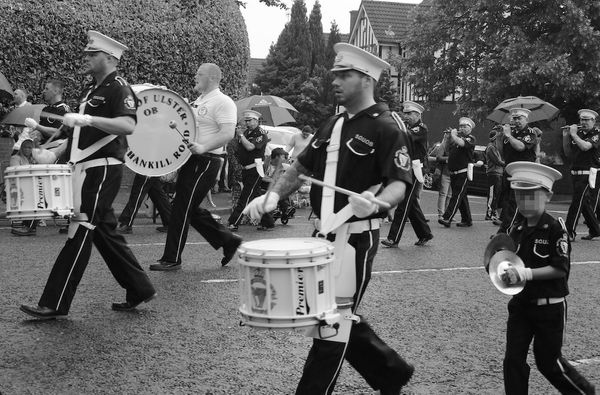 In 2015, an MI5 report revealed that all the main paramilitary forces active during The Troubles were still intact, and some of their weapons had yet to be decommissioned. Even ⋙ 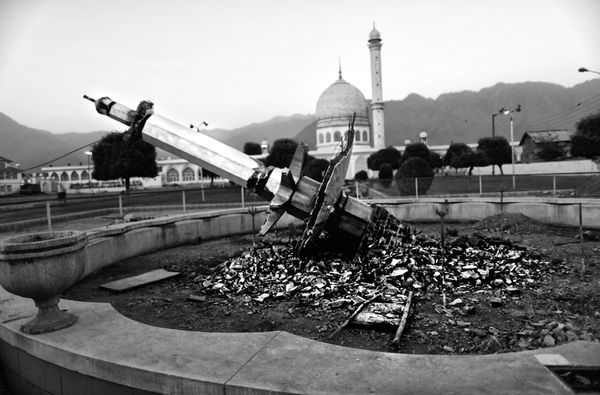 Last February India and Pakistan announced a ceasefire in the contested Kashmir for the first time in nearly twenty years. Although a potentially positive development, other ceasefires have been agreed ⋙