On 24-25 September 2018 the Scuola Superiore Sant'Anna in Pisa, Italy, hosted a two-day conference titled Insurgencies: an interdisciplinary approach. The broader aim of the conference was to approach insurgencies through a multiplicity of methodologies, ranging from traditional political science, to comparative politics, international law and political economy. Here we present a few highlights from the various presentations.

The insurgent near abroad and European securitization

The ongoing migration crisis and the recurring threat of terrorism in continental Europe[1] has bolstered a perception of 'insecurity' which has brought a vast majority of governments to prioritize within their national security agendas stringent anti-migration measures, involving more rigid border controls (at times provoking the suspension of the Schengen agreements) and strengthened militarization.[2]
While such policy responses are aimed at providing a renewed sense of 'safety' to citizens while reducing the exposure of states to human/arms trafficking networks, and potential terrorist returnees, their efficacy will rely on the capacity of governments to look beyond their national borders and address the origin of these lasting challenges. This requires, even before acting on the amplification of anti-terrorism militarized missions, an understanding of the intricate dimension of insurgent movements relating to their systems of socio-political control and economic arrangements. This discourse is especially relevant today in a moment where, as recently reported by the Institute for the Study of War, ISIS is on way of a second resurgence with an armed force of 30,000 fighters capable of regaining "sufficient strength to mount a renewed insurgency that once again threatens to overmatch local security forces in both Iraq and Syria".[3]

The precipitous path to belligerent status

The definition of insurgency itself remains open to interpretation, namely because the typology and nature of such insurrectional movements blur many lines. Nonetheless, and perhaps because of this ambiguity, insurgencies leave many political and legal questions open. International law accepts the status of insurrectional movements as subjects having legal personality (albeit with restrictions) so long as they are considered 'belligerent' and are capable of manifestly holding effective control over a portion of territory for a lasting duration. A kind of recognition that states are rarely willing to bestow.

These entities' legal right to conclude treaties that relate exclusively to the civil war (they cannot make agreements with third countries or have capacity to ratify international agreements) has further been granted under the juridical doctrine (namely through the legal work of Antonio Cassese).[4] International law can therefore be used as tool to understand how to define the legal standing of an insurgency while also be used to develop a legal framework of resolution whereby agreements ceasing non-international armed conflicts can be stipulated.

In the case of FARC in Colombia, the use of international humanitarian law (IHL) principles and the involvement of the international community alongside it, have set the ground for political dialogue between the Santos government and FARC rebels, which ultimately brought to the peace agreement in November 2016 leading FARC members to lay down their weapons and commence their reintegration.[5]

Insurgencies often emerge out of a power vacuum where a given state's monopoly of force is no longer recognized or enforceable on a specific part of its territory. This inherently means that the discourse of insurgencies is to be inserted in the dialectic of counter-insurgency that is aimed at dismantling rebellious movements (often accompanied by the prosecution of their leaders) and reincorporating the formerly appropriated territory. The incapacity for a state to exercise and administer the legal control over segments of the population undermines its territorial integrity — a fundamental prerequisite for a sovereign nation. Thus, the duration and extent of such 'state failure' will influence the degree of regional instability and eruption of endemic violence.

Insurgent groups ultimately seek to place themselves as the legitimate authority and act where the state has failed in providing the basic public services and in creating a cohesive culture of shared identity. Several new reports and studies reveal how ISIS militants were capable of enforcing (often through the threat of death) a functional bureaucracy that tended to basic civil needs and administrative functions, allowing the militants to perform detailed accounting activities.[6] Fawaz Gerges author of ISIS: A History states that "we dismiss the Islamic State as... barbaric. It is barbaric. But at the same time these people realized the need to maintain institutions".

Groups of insurgent nature therefore attempt to entrench themselves within the social strata so as to obtain a targeted control of the population and provide those services of safety, tax collection, education and a trading system for goods. This leverage is often procured through force, which in itself imparts a form of authority.
During his talk Morten Bøås elucidated how insurgencies like the Macina Liberation Front in the Sahel region have had such longevity precisely because they have been able to appropriate local cleavages within communities and distributed resources like medicine, money, or means of communication. Conjunctly, the Macina adopt traditional guerrilla tactics by attacking state institutions and seizing national infrastructure. Insurgencies, especially of Salafist-driven ideology, also foresee justice systems of mobile courts characterized by harsh and immediate sentences and forced real estate appropriation dictated along extreme theocratic lines. The despotic and barbaric practices, however, are also accompanied by delicate acts of political balancing, structuring of networks and reshaping of civil-administrative cadres.

Weather-proofing the state for changing Arab seasons: Tunisia vs Libya

The extent of an insurgency's power reach must also be understood in light of the degree of weakness of state institutions. Libya, as pointed out by Virginie Collombier of the European University Institute, is facing such a deep crisis, among several other ethnographic and political factors, because the state institutions of the Gheddafi regime were kept deliberately weak and centralized over a single authority, therefore preventing the creation of any alternative form of political organization capable of rebalancing power upon the leader's absence.

Indeed, out of the countries that had the Arab spring uprisings, Tunisia was the only state that experienced a form of democratic transition precisely because there was a moderate force of opposition that was capable of minimizing the destabilizing effects of a regime change.[7] Granted that the Libyan and Tunisian cases are not synonymous, and the different historical conditions may have favoured the eradication of insurgent networks in one territory more than in another, the political fragmentation witnessed in Libya — including the military apparatus — is relevant in focusing our attention to the political science viewpoint.

On the emergence of alternative systems of power and profit

The analysis of local power structures, deriving mainly from sources of economic influence, is also important in studying insurgencies. Mats Berdal of King's College, London, pointed out how insurgent conflicts are often painted as a struggle between a legitimate government (often supported by the international community) against a retrograde and despicable enemy. While it is undeniable that most belligerent insurgencies adopt brutal means, this form of "narrative dialectic" is reductive in explaining those micro dynamics that are key to the resolution of the conflicts themselves.

As war produces the emergence of alternative systems of power and profit, insurgencies have to be understood within this ever changing transformation of power arrangements. Individuals exposed to systemic insecurity and endemic violence (so goes the theory of Human Security) will never be indifferent to circumstances around them and will produce systems of governance and power distribution — despite not having a government as traditionally understood. One significant example is that of Kurdistan politics and the power-sharing agreements between the PUK and KPD that rely on social control with positions of power that are dominated by the ethnic Kurdish majority.[8] Taking into account a political economy perspective allows for an understanding of how protracted local conflicts create networks of privilege, patronage and informal practices involved in privileging war time elites, especially if they act to further entrench the landed interests of these elites in the post-war phase. Michael Schäffer, Country Representative of The World Bank to Libya, pointed out how currently the Tripoli government allocates over one third of its budget to keep on the payroll close to two million registered militia men, something which is draining state monetary reserves at an unsustainable rate. This is further shown by the SAS briefing paper of June 2018, which details how armed groups that dominate Tripoli in 2018 "have expanded in inverse proportion to the state budgets allocated to them".[9]

Thanks to Michael Schäffer for virtually joining our discussion here @SantAnnaPisa and for giving an overview over the economic situation of Libya as well as its impact on the access to social services and basic facilities. #confinsurgencies

While templated solutions by the IC (often acting through the UN) of institutional capacity building have their merit, seeking post-conflict reconstruction with insurgency groups requires identifying and taking into account the interests of those formal and informal stakeholders who regulate access to power. In many ways, the mission of insurgencies and peace-keeping agencies is paradoxically similar: they both aim to redress the governance problem of a conflict space — although clearly through different means and principles guiding their actions. This does not mean to be apologetic towards insurgencies that do use force unlawfully and often barbarically. However, if cyclical violence in the aftermath of armed conflict is to be prevented, together with its likely spill-over beyond continents (as with the emergence of global jihadism and uncontrolled migration), policy-makers ought to consider the deeper social, political, economic and historical realities affecting the specific conflict region. 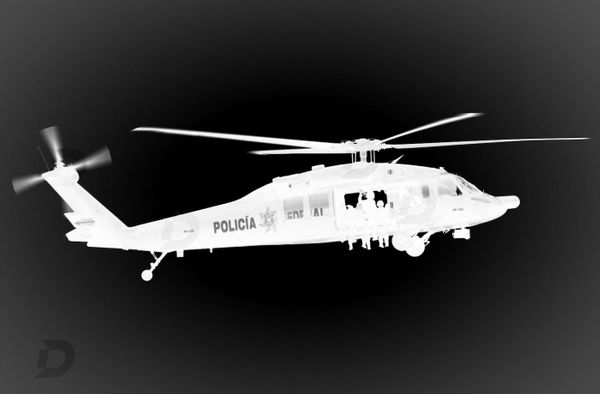 (CC) Alex Lomix The Cártel de Jalisco Nueva Generación (CJNG) is a relatively new organized crime syndicate, which emerged in 2010 as an offshoot of the Milenio Cartel, part of ⋙ 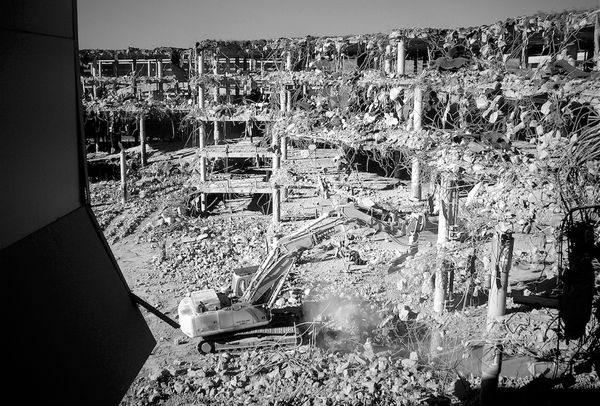 The restorative justice approach has great potential in responding to terrorist acts, and the ensuing polarization, because it focuses on forms of political and pre-political communication, exchange and encounters that are able to allow ‘difficult’ but respectful conversations in societal space. ⋙