Catapulted into doctoral fieldwork our correspondent reflects on her experience.

I came to the field with the enthusiasm of getting closer to the reality (to ‘collect data’). As soon as I set foot here I realized I couldn’t feel more distant from my ideas and from the comfortable knowledge that I had just tried to accumulate before leaving the library.

I headed to Bishkek almost two weeks ago, and here we go again: fieldwork-generated emotional recoil (FEC). It is not the first time: it did happen in Tbilisi as well, months ago: so it should not come unexpected.

In Tbilisi the FEC manifested itself after few days. It was triggered by a specific event: a demonstration organized by Saakashvili’ supporters. On that day I went back home from the office earlier than usual, because of a blackout, and few alerts that warned about possible traffic congestion due to the gatherings.

As I got home, I was met by a “Я неполитику, not understand politics”: my landlady Lia prevented me from asking or making any comment about what was going on in town. And yet, after few minutes we were both stuck on the sofa, watching the news on the TV. I was “in the field”, and yet I was seeing the reality through the screen. I could not have a “first-hand reality” but at the same time I was there, immersed in the reality: probably for the first time I realized the complexity of studying a living matter – not an object of research but rather a subject which relentlessly interacts with me. The “field” gulped me down.

In Bishkek, the FEC has overwhelmed me during a lonely walk throughout the Chuy Prospekti. Suddenly, I realized where I was, trying to figure out what to do and why.

How did I get here? I landed here from “the most different scenario:” the “city of the dreaming spires” – that is, Oxford. During the weeks before my departure, I got into musicals, repeatedly rehearsing the finale of “Les Miserables” (“Do you hear the people sing // Lost in the valley of the night // It is the music of a people // Who are climbing to the light”).

So, until few weeks ago I was at the *ordered border *of Europe, the north-western frontier. I’m not saying that Kyrgyzstan is not a borderland: it is the disordered border of Central Asia. It is everybody’s periphery: it is China’s “Far West” and Russia’s “Near Abroad.” For the rest of the world it is just yet another “stan,” a portion of a nebula which is variously named (the Steppes, Heartland, Chessboard…). So, here I was, walking along the Chuy Prospekti, feeling a sudden sense of disgust and indisposition. I felt at unease with what I was supposed to do in Bishkek. Which implied an impulsive rejection of everything to which I had devoted my (professional and private) life in the last two years.

Auch. Disorientation. It felt like entering in a perfume shop and being overwhelmed by a chaotic multitude of fragrances. It felt like being at theatre a while before the beginning of the opera, hearing the orchestra rehearsing without harmonizing. 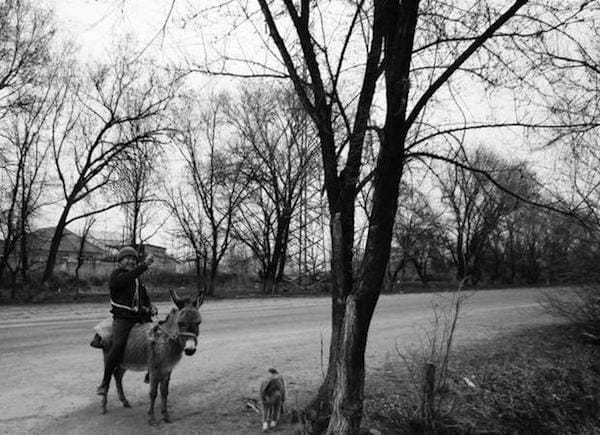 Before going to the field, one is recommended to study. A lot of studying. To be equipped with a proper toolkit. The “literature review” seems to gradually build a plexiglas surface between the researcher and the reality that is there, ready to be studied. And when she finally gets to the field for the first time, her inexperienced face bumps into the glaze. Her research topics do not seem so relevant to the destinies of the countries that she is studying… who cares about any hard-fought attempt at theory building? Conceptualization, operationalization: their significance get looser as I become aware that my “research questions” will not have any impact on the people surrounding me. Not here, not now.

I came to the field with the enthusiasm of getting closer to the reality (to “collect data”) and once arrived here I couldn’t feel more distant from my ideas and from the comfortable knowledge that I had just tried to accumulate before leaving the library. As I walked throughout the Chuy Prospekti I was wondering why I was not dealing with the problems of Kyrgyz people. What does “fieldwork” mean? What kind of knowledge – if any – would I have been able to produce without personally engaging with the object of research?

In spite of that awkwardness I could not get rid of my few methodological handholds, reviewed back and forth in search of a comfortable shelter (i.e., the utopia of scientific objectivity); nor could I get rid of what I had read, the literature, articles, variables, hypotheses. The more their meaning became evanescent, the more I did not want to let them go, and the more I started feeling perplexed and envious toward the supporters of “Grounded Theory:” how carry out serendipitous research without being emotionally-overwhelmed by it?

In order to dismiss the utopia of scientific objectivity, critically engage with the study of a certain phenomenon, and “obtain a nonjudgmental, dense, textured, ‘insider’ understanding of the life of a particular group,” [1] Grounded Theory has developed an empirical and non-positivist approach which lets the data speak. Cool! But still, data are given a voice opportunity by the researcher. They are talking to the researcher. And while “researchers immerse themselves in the lived lives of their subjects,” [ibid.] they cannot avoid framing the whole process in terms of “agents of observations” and “objects of the study.” Distances are perpetuated and I wonder whether this is that bad. As I walk, I think that distance is what makes you appreciate Monet’s Nymphéas at the Musée de l’Orangerie.

This post surfaces after 3 weeks of ruminations about the epistemology of fieldwork research, the role of researcher, and attempts to give sense of what I am doing here.

Of course I am about to leave with far more doubts, puzzles and uncertainties than when I arrived. I cannot claim that I embraced the whole reality that I have seen, tasted, felt, smelt, heard; but I looked for peripherality in every corner of Bishkek and in every person I had the chance to speak with – since this search pushed me to cross the boundary from the comfortable knowledge to an awkward, slippery and fluid work-in-progress.

I am discovering that everything starts from the borders, be they existential borderlines or geo-historical borderlands. And that distances matter. As an old, wise bearded man once told me, “the horse should be led by the bridles before letting it go at full gallop.” [2]

Whoa. That was… good. And disquieting. Very much so. There already is some degree of disconnect in scientific topics when you realize that “objectivity” is somewhat of a chimera even when dealing with the apparently simple, straightforward and emotionless laws of Nature (but still in a human context, and supposedly at the service of humanity itself) – I can’t even begin to imagine how hard it is to strive for objectivity in these contexts, or if it even has a meaning to begin with. “Objectivity” born out of cultural assumptions is already not objectivity any more, and getting rid of cultural assumptions at any point in our science and knowledge sounds… well… hard, to say the least.

Thank you for this interesting reflection. I appreciate that you so honestly talk about your research experience in the field, which in my view reveals the humane face of the researcher, something that I feel is often missing when you deal with scholarly work, given the constant emphasis on reaming objective, which I don’t think is quite possible. Staying away from being ideological and partisan is one thing (which by all means should be avoided), but objectivity is another. The latter, or rather subjectivity, I see as an intrinsic part of human nature, which is constantly reflected in our actions and thoughts, one way or another and whether we want it or not.

However, a point that I am not sure about in your article is why calling it “grounded theory” when it seems to me it is a generic field experience? As we know grounded theory is an inductive process from where a researcher’s hypothesis, theories, and conceptual framework is being developed. But you talk about a certain hypothesis and variables that it seems you already had before going to the fieldwork. Also, perhaps if this was about grounded theory, you might have not come across surprises the way you did. Perhaps I am missing something here, but I am having a hard time to connect this reflection with grounded theory.

Dear Huma, thank you for you comments. In spite of my miscommunication, you somehow got the point – my twist. I did not opted for grounded theory so (as you noticed) I went to Tbilisi and then to Bishkek with all my theories, variables etc. During my fieldwork experiences, however, I had wondered whether these tools were making me “superstructured” and unable to de-structure the reality that I am trying to study. At first one can be led to think that an inductive process can reduce the “distances” between the researcher and the reality, that is the reason why I started reviewing all the possible “strategies” to get rid of the conceptual redundancies. Of course I am still in the process of finding a sound and “authentic” epistemology, but for the time being I think that the transition through a stage of “being super-structured” is part of the process of de-structuration. And that some promises offered by the grounded theory sound to me as illusory (but I keep on trying to investigate on it!).

Explorations on justice through New Media Documentaries. The exhibition Convictions brought together at STUK cultural centre in Leuven, Belgium (26.09 – 17.11 2013), four projects by the Californian digital ⋙ 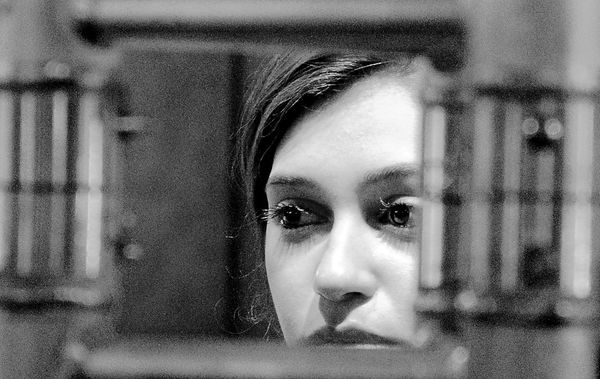 A web documentary that redefines the sense and concept of narration. “Prison Valley” a web documentary by David Dufresne & Philippe Brault started in 2008. As the web-claim says “it is ⋙