The Green New Deal articulates demands for employment, social justice and equality of different groups to build a coalition that re-politicises not the existence of climate change, but the response to it. This may not represent a radical break with “green capitalism”, but it is a significant move away from the  post-political securitisation of climate change as a generic threat unable to address the demands of a coalition of electorally relevant groups.

From a climate politics perspective, the last two years might be called the “Green New Deal era”. While the name was already ten years old, it was Representative Alexandria Ocasio-Cortez (D-NY) and Senator Ed Markey (D-Mass) who brought it to the forefront of global politics in 2018. Their twin resolutions, presented to the US Congress in February 2019, envisioned a policy project meant to turn the US into a carbon-neutral country in 10 years, reducing emissions of greenhouse gases in the atmosphere and spearheading global action on the issue; all this while actively engaging state resources and powers into creating new jobs, granting a fair transition and strongly addressing issues of social justice and equity, in particular towards several discriminated and vulnerable communities and social strata.

Since then, the idea – or, at least, its rhetoric – has spread like wildfire: attempts at rebranding climate policies through variants of the original name and concepts have been made, for example, by the European Commission (the European Green Deal), Spain’s Podemos (Horizonte Verde, or Green Horizon) and the UK’s Labour Party (the Green Industrial Revolution). While varying considerably, what these policy pledges share with the original proposal is an ambitious scope, with climate action plans spanning several economic sectors and at times openly addressing issues of discrimination, economic inequality, and differential vulnerabilities, although admittedly to very different extents.

Moreover, even amid a global pandemic and massive protests following the death of George Floyd, notwithstanding a period of weaker environmental mobilisation, the Green New Deal (GND) in the US has not subsided, but it has locked in instead, managing to win either direct or qualified endorsement by all Democratic primary candidates and pushing Joe Biden’s climate positions towards more radical pledges, including the total decarbonisation of the economy by 2050 and the decarbonisation of the electricity sector by 2035. This was all but obvious, given the little stability enjoyed by the climate issue’s salience in the past years. Instead, today we might be seeing a paradigm shift: to understand why, we need to look at the previous era of climate politics.

Concerns over man-made global warming began to grow in strength in the second half of the 20th century, but they did not attain significant salience until the end of the 1980s. While denial has never completely subsided, since the 1990s we have seen a broad set of approaches make ever deeper inroads into the mainstream: there have been different framings and definitions, ranging from post-politics to securitisation to green capitalism, though all identifying some common features. During this “post-political era”, with climate change being increasingly recognised as a problem, or even an approaching apocalypse, the focus has been placed on emission reduction as a global challenge. Humanity as a whole became the victim (the referent object, in securitisation terms) who had to be saved from global warming, neglecting the varying positions and stakes of different groups and countries – aside from the debate on developing countries’ emissions, periodically erupting at climate conferences [1].

The solution being simply to cut emissions, the compatibility of this approach with a “(green) business as usual” economy, instead of major sacrifices, gained traction and bipartisan consensus [2]. State intervention was being mainly framed as establishing caps and emission trading systems, favouring innovation and adaptation without stronger interference; other forms of intervention and views more critical of the structural economic weaknesses favouring pollution and emissions were side-lined [3]. Naturally, climate change denialists have remained strong until now, in particular among US Republicans; on the other side, more radical positions and actions have been emerging and spreading, although they rarely managed to enter the mainstream debates. One of the most worrisome results of this era has been the so-called “apocalypse fatigue”. This term indicates a steady decline in voters’ concern and agreement on the issue despite, or likely due to, the standard portrayals of climate change, i.e. a challenge with an impersonal enemy, which threatens catastrophe in case of defeat, and only promises either business as usual or even major sacrifices in case of victory.

The GND positions itself as different from both alternatives: in imagining a world of growth and increased equality it attempts to build what we might consider, in Laclauian terms, a counter-hegemonic discursive project [4]. The demands for employment, social justice and equality of different groups are articulated together to build a coalition that re-politicises not the existence of climate change, but the response to it. On the contrary, the simple post-political securitisation of climate change as a threat was not designed to address the demands of a coalition of electorally relevant groups; it made climate change an important part of international negotiations and interest groups politics, but resulted in consistent politicisation only where the existence of climate change itself was denied. It might still be debatable by some whether the GND, despite its progressive tones, actually represents an ambitious shift away from “green capitalism” or actually strengthens it, by abandoning any aim at de-growth or at the decommodification of nature; however, it surely favours a decoupling between green capitalism themes and post-politics, effectively targeting the latter and making several structural inequalities emerge in the debate.

This might be one of the reasons for the GND’s spread and resilience as a policy pledge. With broad sections of the young vote particularly attracted by it, presumptive Democratic presidential nominee Joe Biden has maintained his endorsement and has been wary of abandoning the project’s overall spirit, despite doing so on some specific pledges such as a fracking ban. He has actually doubled down, recently laying down an extremely ambitious plan that calls for a carbon-neutral electricity sector by 2035 and does not backtrack on issues of economic redistribution and environmental and racial injustice. However, the Deal has many opposers. The Republicans strongly criticise it and compare its economic outcomes to those of the pandemic. While the economic disadvantages of climate policies have long been a constant critique from the Republican side, the comparison with the pandemic and its effects exhibits less common apocalyptic tones.

The GND’s characteristics do not provide its supporters with a guarantee of victory. Indeed, politicisation heralds the exact kind of opposition that is now coming from the GOP, with a new weak spot arising not in the existence of the climate threat per se, but in the partisan nature of the GND’s linkages to other issues and envisaged responses. Moreover, even electoral victory would not guarantee any success in actually implementing these measures. However, by looking at the US debate from a discursive perspective, it seems possible that the securitarian and post-political lenses to which we have been accustomed will change and consolidate into something different in the next few years; this would be an unprecedented outcome, despite various past attempts by some Green parties and environmental movements. Nonetheless, an electoral setback now and worsening climate change effects in the close future might still quickly end the process; if this were to happen, the climate politics of the future could be very different from what the GND seems to envisage now, with once again more post-political securitisation and less of a focus on inequalities.

[3] Kenis, A. and Lievens, M. (2015), “Greening the Economy or Economizing the Green Project? When Environmental Concerns Are Turned into a Means to Save the Market”, Review of Radical Political Economics, 1-18. 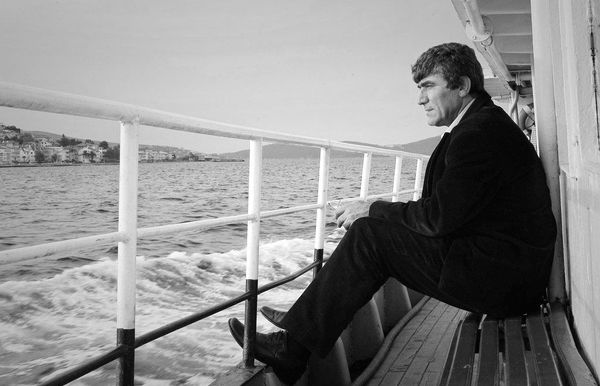 The Republic of Turkey is a relatively young nation state, born from the ashes of the Ottoman Empire. The question of national minorities was among the factors that led to ⋙ 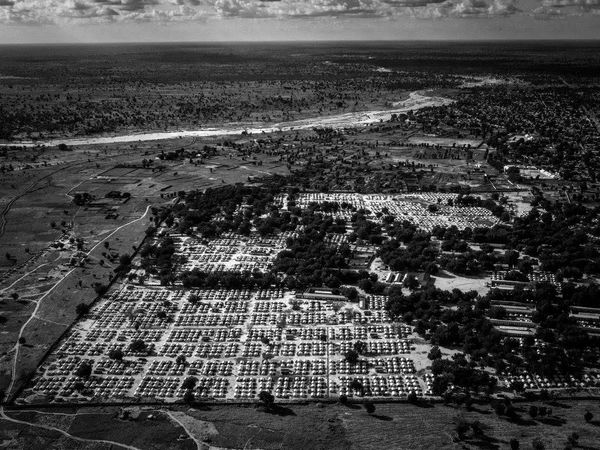 In July 2019, the Nigerian army announced a new strategy in its war against the Boko Haram insurgency sweeping the North-East of the country. In spite of a resolute approach ⋙