Hannah Arendt’s famous thesis is as often quoted as misunderstood. While she was proven wrong in assessing Eichmann’s historical role and personality, even where she erred, she did it in a creative, felicitous way. Eichmann's evil deeds were indeed banal if we refer to the feudal autonomy of agency enjoyed by castellans in the banal regime of 9-10th century Francia.

I won’t recall here the overflowing debate that followed the publication of Eichmann in Jerusalem: a report on the banality of evil in 1963, but I want to focus on the signifier itself. Why did Arendt choose ‘banal’ out of a rich linguistic palette? Did she write the draft in German or English? Was that her first choice? Specialists with access to the manuscripts probably have already answered to these questions in detail. It is possible that the title ‘Die Banalität des Bösen’ emerged in discussions between Arendt and her husband Heinrich Blücher and that what the the couple had in mind was something in the line of ‘the ordinary’. As is well known, this ordinariness was set in opposition to the concept and understanding of Eichmann (as well as Hitler and Nazism) as monstrous, something transcending the ordinary. Arendt centred her account in the ordinary, the trivial – mostly in bureaucratic sense: it is this ‘Banalität’ that makes the evil so terrifying. Arendt clearly meant the opposite of what, paradoxically, she ended up being accused of in the ‘debate’ that followed her report for The New Yorker, namely of minimizing, downgrading the gravity of Nazism and its crimes.

Even if Arendt was wrong in her historical assessment of Eichmann’s personality – see below – my contention is that the choice of that specific signifier carried with it an important background meaning that perhaps was not lost to her linguistically German mind. Banality has a historic-semantic resonance with ban, a Germanic word and concept that in feudal political-constitutional orders identified the composite powers of a lord to raise an army and command men in battle; adjudicate laws; ‘legislate’ or exercise the authority to decide about legal standards. The English language still retains this meaning in the verb to ban, officially or legally prohibit something (similar to Italian bando). Other examples can be found in other European languages and countries that have experienced variations of feudal regimes, like the banalités in Ancient Regime France: customary obligations according to which the peasants had to use the facilities – mill, bull, etc. – of their lords. A very similar Mühlenbann (mill-ban) was also used in German-speaking lands.

The current meaning of banal as ordinary and lacking originality signifies that   something is done in a customary and compulsory way, obeying a superior authority. Hence, Eichmann’s – and his evil deeds – banality as we understand them after reading Arendt.

But there’s a catch. Historians of the feudal period – in particular the end of the Frankish empire in continental Europe (‘Western and Eastern Francia’), from 900 to 1050 AD approximately – call “Banal regime” the political order that characterizes the fragmentation of the Royal / Imperial authority down to the atomic scale of the manor, whereby each castellan appropriated for himself the powers of the ban (see for example Benno Teschke's excellent  The myth of 1648).

So, along this line, the banality of evil would fall far away from triviality, or from the reference to the tasteless and shabbiness of Eichmann’s personality. Like the semantically related term normality – or what is ordinary – it is an evil that functionally contributes to the maintenance of order as sanctioned by norms. Moreover, crucially, in a banal regime of evil the powers of the ban are fragmented in several centres of authority that can act with relative autonomy within a very broad customary framework.

The Nazi totalitarian concentration of power was clearly the polar opposite of feudal fragmentation. But, at the same time, it was far from being a monolithic machine smoothly implementing the orders coming from the top through a mechanical chain of command. Hitler often assigned two political officers to similar missions while leaving them relatively free about the details in how carry them out, in a belief that competition within the regime would select the fittest. And regarding Eichmann himself, historians like David Cesarani and Bettina Stangneth have shown how he was far from a lacklustre paper pusher. The Eichmann they portray was an unrepentant anti-semite, an ideological warrior who joined the Nazi party in 1932, its Sicherheitsdienst des Reichsführers-SS in 1934, had a meteoric rise within the system earning a reputation 'as a master of “unconventional organization”' (Stangneth 2014). A man that was fully aware about his historical role in the Final Solution, and bragged about his “innovative” methods shortly after the war.

One of the defining features of totalitarian regime is pervasive arbitrariness: its subjects are terrorised into submission also because they can never be sure about the norms they have to conform to. Stangneth, for example, stresses the existence of arbitrariness in the 'godlike behaviour' of officers like Eichman: “he was master of arresting and then releasing people, of banning institutions and then allowing them to resume.” And this was especially true of concentration camps as described by survivors like Primo Levi. Immediately under the surface of myriads of “rules” of an apparently impersonal, bureaucratic system of domination, lurked the arbitrariness of the men in charge of administering it. It is therefore possible to sketch a hypothesis where the totalitarian system coexists with, and is sustained by, the willing participation of ‘castellans’ ready to wield the powers of the ban over the untermenschen at their disposal.

In a way, the historical-linguistic precedent of the feudal fragmentation of power into a “banal regime” resonates as faint echo also in the “banality of evil” thesis. For the willing executioner Eichmann, the ordinary coexists with autonomous agency: my desk is my castle, after all.

The king's ban in the legal history of the Holy Roman Empire was divided into several distinct types depending on their function:

I'm indebted to Christa Pelikan for comments and advise, but it goes without saying that the responsibility for any mistake is only mine. 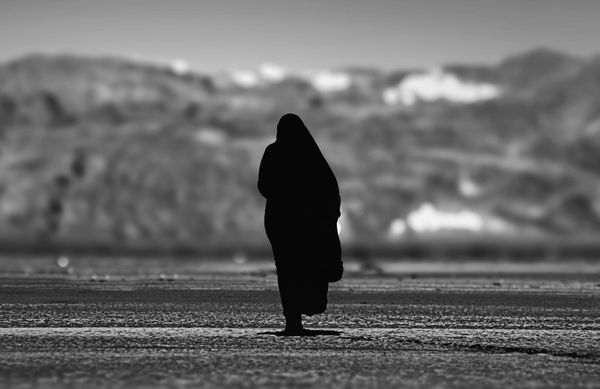 With the loss of the last stronghold in Baghouz, ISIS has formally been defeated. However, according to the UN Office of Counter-Terrorism, its threat could increase because of combatants returning ⋙ 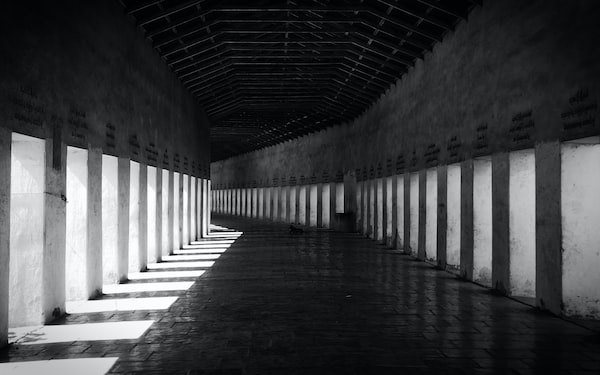 As the Myanmar peace process initiated by Thein Sein’s government in 2011 moves into its eighth year, two main contentious issues have always been at its core. First, there ⋙