Nearly four years after the brutal murder of Giulio Regeni, a doctoral student conducting fieldwork in Cairo, the Egyptian authorities continue to repress intellectual life for both students, academics and activists.

The arrest and torture of the Egyptian graduate student and activists Patrick George Zaky, enrolled at the University of Bologna, reflect further erosion of academic freedom in Egypt. In recent years, the Egyptian government has taken unprecedented measures of censorship, surveillance, and repression against activists and academics. For example, “between 2013 and 2016, over 1100 students were arrested, 1000 were expelled or subjected to disciplinary actions, 65 were tried by military courts, and 21 students were extrajudicially killed”. According to the Association of Freedom of Thought and Expression (AFTE), there is a surge in legal pressures on the university space, including arrests, violence, travel bans as well as disciplinary actions targeting members of the higher education community.

Egypt is not the only case in the world exhibiting deteriorating signs of academic freedom, other authoritarian states are following similar steps to purge their academic community and any form of dissent deemed to represent a threat to the regime. Following the failed coup against Erdogan in 2016, mass repression against the academic community has been carried out in Turkey, using dubious allegations of links to terrorism or associations to Fethullah Gülen movement. In 2018, the arrest of the Durham PhD student, Matthew Hedges in the United Arab Emirates (UAE) on the charges of spying and more recently of Fariba Adelkhah and Roland Marchal, both researchers at Sciences Po Paris who are detained in Iran since 2019, are further examples of political backlash against academics and students. Increasingly authoritarian states are strengthening the grip on independent scholarship by either depriving academic critics of their personal liberty and individual freedoms, or banning those scholarly activities which are not aligned with the regime’s vision. In January 2020, the Higher School of Economics, in Moscow, has introduced  restrictions on activities which "do not positively contribute to university reputation" and prohibited any political or human rights activism carried out by members of its academic community. Violation of these regulations is now a disciplinary offense that can lead to expulsion. Shifting trends in student mobility are indicative too: if previously autocrats were keen to send their students at overseas universities to promote economic development and channelling authoritarian rule (Del Sordi 2018), nowadays, student mobility is increasingly seen as threat for an authoritarian government, as "students [...] may exercise transnational voice criticizing the home government during their stay abroad" (Glasius 2018). As the events in the Arab Spring demonstrate, in the age of globalisation, populations abroad have a significant voice in the politics of their home states. Students abroad may play a key role in that respect, possibly learning and adapting democratic values of their host states, seeking to change the politics of their home states, and demanding reforms from their government during their stay abroad. Such actions represent a potential threat to the regime’s stability: hence, authoritarian states resolve by confining citizens’ mobility, tightening travel policies or imposing travel bans, including on scholars and academics.

Such repressive patterns pose direct threats to intellectual life but also deprive individuals of exercising their fundamental liberties. The decision to suppress critical voices in the academic field and beyond forced many scholars and regime critics to flee their home states and live in exile – in spite of the fact that those repressive practices frequently go extraterritorial.

The persecutions of academics in authoritarian states have indeed consequences far beyond their territorial borders. Many of our Western academic institutions are enabling such repressive authoritarian practices to take place. In the past decade, leading universities in the West have embarked on a program of developing academic exchanges and formal partnerships with authoritarian regimes. In times of austerity and significant budget cuts to public expenditure on higher education, academic institutions increasingly rely on overseas funding. In the UK alone such source of revenue formed a sixth of research income in 2017-2018. Such a situation exposes academics and students to pressures and vulnerabilities from their donor countries, steering academic debate and research away from sensitive topics. Not only academic debates are exposed to censorship from the outside: Western academic institutions have sometimes found themselves complicit to the fabrication or mystification of scientific evidence in case it contrasts with one regime’s official narratives. In 2017, Cambridge University Press blocked a number of articles published by China Quarterly to comply with Beijing authorities’ requests – these articles being on subjects such as the Tiananmen Square massacre, the Cultural Revolution, or the conflicts in China’s border area. As this example demonstrates, self-censorship is becoming increasingly widespread, with scholars and institutions fearing to speak and engage in critical research against their donors. The offshoring of Western campuses in many of the authoritarian countries – from China to Uzbekistan and Dubai further makes universities vulnerable to such pressures.

As academics we are brought to think, perhaps optimistically, about universities being a space for critical thinking and free speech. One of the core goals of universities is to educate and gain a better understanding of the world in which we are living. Yet without freedom of expression such goals are doomed to crumble. How should we then prevent the erosion of liberal education and democratic values in our Western societies, while at the same time fostering an environment free of intimidation and harassment?

Perhaps, one way of addressing the current shortcomings is to establish a code of conduct between universities and their external partners. Such code should define the nature of international collaboration based on free speech and absence of any kinds of threats and intimidation. Additionally, universities should establish a more transparent framework of financial reporting over foreign donations and other cultural and academic partnerships. Such steps would enable universities to take a stand on their political or moral foundations and protecting their integrity against undue foreign influence. It should not be left to individual academics to uphold such standards: universities too have the responsibility to defend and protect academic freedoms. Unless such concrete actions are taken, cases such as Patrick George Zaky's will continue to multiply. 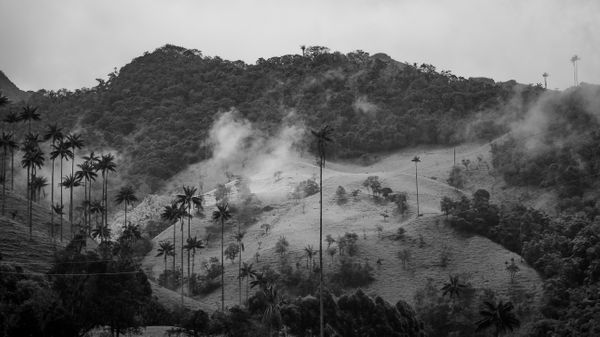 The faltering implementation of the peace agreement provides favorable circumstances for the surge of organized crime, while the conditions of those who have been most affected during the years of ⋙ 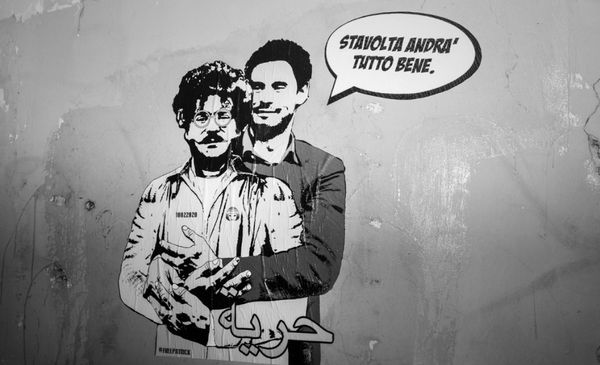 History repeats itself if you do not know how to draw lessons from it. Giulio Regeni was an Italian PhD student at the University of Cambridge who was kidnapped on ⋙