The anti-corruption rallies that were organized all over Russia last 26 March open a new, uncertain phase in Russian politics.

In 2011-2012, protests were pro-democracy, pro-Western and mobilizing mainly the liberal political opposition in Moscow and St. Petersburg. This time the protesters were younger, poorer, and much more spread geographically. Moreover, people were marching not so much for more democracy, but above all for less corruption. As such, these protests are the mark of an increasingly deep socio-economic discontentment and frustration with the elite, which the Kremlin will have to confront one way or another.

The difference between the two waves of protests is illustrated by the evolution of Aleksei Navalny’s role: he was one among several leading figures in 2011, but the main instigator of the recent rallies.

Navalny, a lawyer by training, has been both an activist and a politician. It is mainly in this former role that he became popular, particularly from 2008 onwards thanks to his website Livejournal - a blog denouncing corruption (whether from the State or business) and coordinating political demonstrations - and to his Anti-Corruption Foundation. As a politician, he was first a member of the liberal-oriented formation Yabloko in 2000, from which he was expelled in 2007 after he started displaying nationalist tendencies. Subsequently, he joined the national democratic (natsdem) movement, a paradoxical - yet profoundly Russian - mix of liberal, nationalist and xenophobic ideas.[1]

In 2011-2012, when the protests were directed at electoral fraud and the prospect of a third Putin’s presidential mandate, Navalny emerged as one of the most charismatic figures of the so-called ‘liberal’ opposition. He then scored an unexpectedly high 27.2% at the Moscow majoral elections in 2013 and became the leader of the Progress Party, although the ambiguous, contradictory nature of his views and the heterogeneity of his supporters mean that he can hardly offer a credible political alternative to the government.

Things are different this time. Navalny led the latest protests mostly regaining his role of popular blogger and anti-corruption activist, and the context has changed: his ideas, as erratic as they may be, matter much less than his capacity to catalyze and reflect the growing societal resentment against the political elite.

His popular support today is less politically-defined than before and, instead, far more dependent on the fact that he’s been able, through a masterful use of social media, to reach a younger population that has also proved to be the least politically active and the most disenchanted with national politics.

Considering how Russian politics works, what Navalny is doing today appears much more destabilizing for the regime than playing as a ‘political opponent’ in the traditional Western sense.

Indeed, today as in the past, there is no competitive opposition, no democratic alternance is in sight in Post-Soviet Russian politics. With the help of a constant and increasing crackdown on political opposition and on independent media, there is only room for two actors: on one side vlast, literally ‘the power’, ‘the regime’, a monolithic entity which is at the same time the ruling party, the government, the authorities, the higher administration, the security services. On the other, the population — in other words, all the rest. In the absence of ideas and political debates strong enough to influence policy-making, the interaction between the two is limited to one, single medium: an implicit, but nonetheless potent social contract. An agreement under which the central power guarantees social and economic rewards in exchange for the restriction of civic liberties deemed necessary for the stability of the regime.[2]

The content of this agreement changes overtime, depending on the economic resources available, the level of social discontent, and the priorities and fears of the government.
The first years of the Putin’s era were characterized by ‘order-after-chaos’ politics, which were welcomed by most of the Russian population and guaranteed strong and steady support for the new President and his policies, such as his handling of the Chechen conflict or the re-centralization reforms. This period was followed by a phase of ‘economic prosperity’ that secured the support of the middle class. After the economic situation had worsen, however, the Kremlin had to find new sources of legitimacy, especially as the 2011-2012 protests led to the imposition of new internal control measures aimed at preventing a ‘colour revolution’ scenario inside Russia. This was finally found in initiatives in foreign policy supported by the great majority of the population, above all the annexation of Crimea.

In 2017, three years after the beginning of the Ukrainian crisis, in a context of growing international isolation and of economic slowdown, the popular enthusiasm for Russia’s renewed greatness — as the most recent Levada-center polls show — is eroding.

Today, there are fewer means than before to cover, or distract from, the core problem: stucked in its systemic anomalies, among which a nepotistic redistribution of economic resources, the country is unable to reform its economy and does not offer to new generations the hope to improve their social condition.
The success of the non-authorized anti-corruption protests last month has mainly to be viewed in this context: young people living in urban, former Soviet industrial centers and gaining on average less than 300 euros per month feel powerless in front of a system to which they ask a signal of change.

Navalny has been organising popular campaigns against corruption since 2008. If he managed to organize this new type of protests now, with younger participants from not just Moscow or St. Petersburg but all over the country, it’s because he capitalised on this feeling.

More concretely, he captured and spurred a shift in attitude towards corruption among parts of the population. The problem of corruption is hardly new in Russia: official anti-corruption campaigns were launched under the Secretary of the Soviet Communist Party Juri Andropov already in the early 1980s and continued to be a President Yeltsin’s leitmotiv throughout the 1990s.[3]

Nonetheless, as the Russian analyst Tatyana Stanovaya noticed, if until recently corruption was mainly seen as an endemic, social problem, thus impersonal and unavoidable, in today’s context it could become a real political issue, with the elite seen as individually responsible and directly held accountable for it. The fact that the protests were organized following a Navalny video-report directly targeting Prime Minister Dmitri Medvedev confirms this point.

All in all, the recent protests are destabilising for the political system because they are endogenous, ‘apolitical’ and touch an issue crucial for the economic development of the country.
The government is fully aware of that: it is not by chance that President Putin had started, way before Navalny’s initiative, an unprecedented anti-corruption campaign targeting high-ranked officials. Since 2011, he has been positioning himself more and more along a populist line, forging for himself the image of protector of the narod, the people, against the political elite’s dishonesty.

At the same time, and this is the main Kremlin’s dilemma, these dysfunctionalities are deeply entrenched into the mechanisms of the system: going heavily and comprehensively risks undermining the regime’s foundation. Furthermore, in order to be effective, this policy should come together with radical and highly unpopular reforms, which, especially in perspective of the upcoming 2018 presidential elections, continue to be less of a priority than securing high approval ratings.[4]

For these reasons, Navalny’s successful mobilization should not be (naively) seen as having the potential to cause the fall of the government, not least because it does not offer any credible alternative political solution to the current regime. Whether or not Navalny will manage to run for the elections despite his embezzlement charges, what’s important is that the protests ring a bell as a challenge that will force the Kremlin to react in some ways, with consequences that are still largely unpredictable.

Particularly if Navalny will be able, as he announced, to organize more, bigger rallies in the upcoming months, the government will find itself in front of two main options.
The first option would be embracing the substance of the protests by adopting a series of rapid reforms and firings targeted personalities, although this would mean admitting that the civil society started influencing the center's decisions. The other possibility is repressing the movements and increase control over society and, especially, social media. In this case a first risk, to be avoided at any cost, would be the explosion of violence. A second is to postpone the search for solutions to problems that will inevitably worsen. 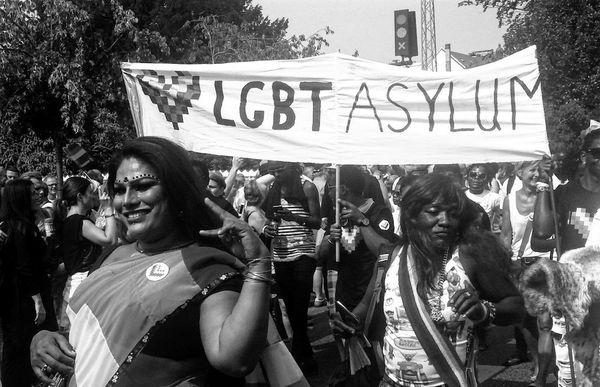 The Refugee Convention was not designed with the persecution of women and sexual minorities in mind. But times change and today most would agree that women at risk of Female ⋙

In recent years the EU institutions and most member states have criminalised not only the illegal entry into the EU territory, but also citizens' human solidarity with irregular migrants and ⋙