Even in societies where it was long taken for granted as a key liberal value, academic freedom is currently experiencing a significant setback in many countries across the world, as a result of the rise of authoritarianism, anti-intellectualism, and neoliberalism: from the Middle East to Asia, from Europe to America.

In these very days, the Third Terrorism Circuit of the Criminal Court of Egypt decided to renew the pre-trial detention of Patrick Zaki, an Egyptian graduate student at the University of Bologna collaborating with the Egyptian Initiative for Personal Rights (EIPR) accused of terrorist propaganda. Also, as years pass by, the circumstances of the death of Giulio Regeni, an Italian Ph.D. student at the University of Cambridge found dead close to Cairo as he was conducting field research on independent trade unions in Egypt, are still not clear.

Turkey represents a major case of such violations. After the 2016 attempted coup d’état, the government’s reaction led to the dismissal or jailing of many academics and journalists, who dared to express critical views on the current political situation. Many of them were forced into exile.

Academic freedom has been defined as:

the right, without constriction by prescribed doctrine, to freedom of teaching and discussion, freedom in carrying out research and disseminating and publishing the results thereof, freedom to express freely their opinion about the institution or system in which they work, freedom from institutional censorship and freedom to participate in professional or representative academic bodies

In order to help at-risk scholars finding support in countries of exile, diaspora and activist networks were created particularly in Europe and in North America.

Scholars at Risk (SAR) is one of the most prominent among such networks. As the three universities of Pisa are part of the initiative, on 18th November 2020 an event was organized at Scuola Superiore Sant’Anna with the support of the Scholars at Risk's Italian section (SAR-Italy) in order to stimulate a societal discussion on the value of academic freedom that transcends university boundaries and discourses.

Stemming from reflections among scholars, the conference built on some cases such as Turkey and Cameroon to interrogate the value of academic freedom today.

As detailed by Emanuele Sommario, assistant professor in international law at Scuola Superiore Sant’Anna, though academic freedom is not a human right per se much of what we mean by this expression is covered by human rights treaties.

The main rights concerned are freedom of opinion, expression and belief (ICCPR Art. 19, ECHR Art. 10); the right to education (ICESCR Art. 13, ECHR Art. 2 of Protocol 1); the right to freedom from discrimination based on age, gender, religion, race, or other grounds (present in all HR treaties).

The “freedom to seek, receive and impart information and ideas of all kinds, regardless of frontiers, either orally, in writing or in print, in the form of art, or through any other media of his choice” detailed in ICCPR art.19 as part of the freedom of expression is particularly appropriate to describe what academics in fact do in their professional life.

Any limitation of such a right must respect the principles of legality (including compliance with international norms), legitimacy, necessity and proportionality.

At the international level, case-law developed by human rights institutions already exists and it can help to advocate for academic freedom by putting pressure on States threatening scholars and by legitimizing the action of organizations and networks as Scholar at Risk.

Academic freedom in Turkey: the Academics for Peace case

A landmark case concerning an exercise of academic freedom which was followed by actions against the scholars involved, is the Peace Petition Action in Turkey.

In January 2016, Ali Ekber Doğan, an assistant professor in urban governance and planning at Mersin University, signed the so-called declaration of “Academics for Peace” along with more than one-thousand other academics from different ethnicities such as Turkish, Kurdish, Armenian.

The Petition called for an end to the violence committed in the context of the conflict between the Turkish armed forces and the Kurdistan Workers’ Party and it accused the government of targeting deliberately the civilian population.

As a result of the publication of the Declaration of Academics for Peace, more than 400 scholars were dismissed and some of them even faced criminal charges and imprisonment.

Ali Ekber Doğan, who participated as a speaker in the conference at Sant’Anna, thus flew from Turkey to Germany having then his passport confiscated and criminal charges brought against him under the Turkish Anti-terrorism legislation. The same happened to many of his colleagues.

Scholars and students in Cameroon have been experiencing policies denying academic freedom as well, as a SAR-supported scholar shared during the event at Sant’Anna.

Starting from the 1990s students’ demonstrations hit Cameroon to advocate against the reduction of scholarships and grants for university students, low salaries in the job market and in favor of an increase in job opportunities for graduated people.

According to the information shared at the event, such demonstrations led to a politicization of the academia which has been met with an (often successful) endeavor at State control and policing over academic appointments, limitations to critical research, censorship of liberal and independent lecturers and punitive transfers of academics.

Among the cases mentioned of scholars at risk from Cameroon there are Patrice Nganang, accused of hostility to fatherland and outrage au chef de l’Etat; Agbor Balla, accused of indoctrination; and Martin Sango, for disruption of faculty activities.

The Scholars at Risk (SAR) network

The situation of scholars who find themselves banished from their academic communities of origins, deprived not only of their job and opportunity to exercise critical thinking, but often even of the possibility to live in their own country and of their personal liberty, is most certainly very difficult.

Still, in such hard times and conditions initiatives do exist which can help. As a threatened scholar whose academic freedom was taken away by the Turkish government, Ali Ekber Doğan obtained a fellowship offered by Scuola Superiore Sant’Anna, and thanks to this opportunity and support from Scholars at Risk he is now a visiting scholar in Pisa.

Such fellowship is an initiative brought forward by Sant’Anna as a member of SAR-Italy, the national chapter of SAR, which following the international missions of the network – which are protection, advocacy and learning – engages in promoting academic freedom through its 28 members, including research associations, institutions and universities (more information can be found on the website).

At the international level, the SAR network includes over 540 institutions in 40 countries and its protection work consists in hosting threatened scholars for temporary teaching, research, or study visits and referring scholars to the network for assessment, referrals, in-country support, or transition assistance. In 2018-2019, 65% of the scholars assisted came from Turkey.

As part of its advocacy mission, the network organizes initiatives to raise awareness, generate data-driven advocacy, increase protection for scholars, students and academic communities, increase respect for academic freedom and high-quality education. It also coordinates advocacy activities on behalf of scholars and students facing prosecution or imprisonment (more information can be found on the website).

Civil society projects like this do certainly represent hope and much needed practical help for many victims of human rights violations as academic freedom’s denial.

Yet, they cannot do all the work alone nor can they be expected to constitute a solution per se to practices that all over the world illiberal governments bring forward to systematically suppress freedom of opinion and expression and the right to education.

Such systematic policies, in order to be effectively contrasted, would at the very least require an equally systematic effort on the part of the international community.

While human rights institutions at the international level do denounce such practices, we would expect States that declare human rights and democracy as a focal point of their foreign policy to engage in a zero-tolerance policy in their bilateral relations with regimes suppressing academic freedom.

[ Read on the second part of this report ]

Cover photo by Slimdandy (CC), base on works by Thomas Leuthard and Magdalena Roeseler 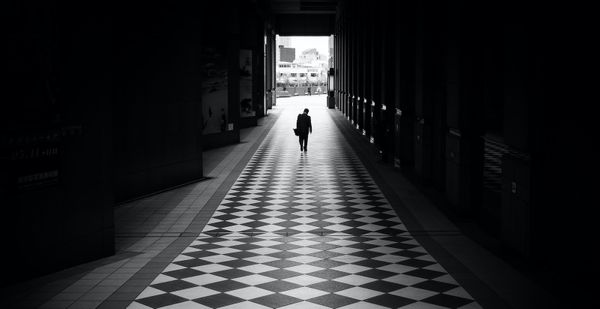 Scholars are being persecuted by illiberal regimes due to their exercise of academic freedom. In a previous article, we focused on the situation of Turkish scholars signing the Declaration of ⋙ 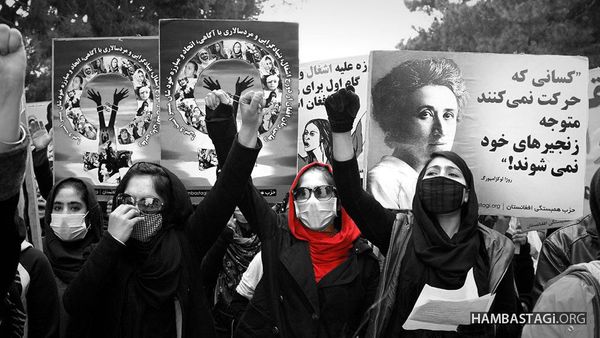 The conference “Celebrating 20 years of UNSCR 1325: Past, present and future of the WPS Agenda”, analysed the often-steep path of the implementation of UNSCR 1325, trying to chart the ⋙